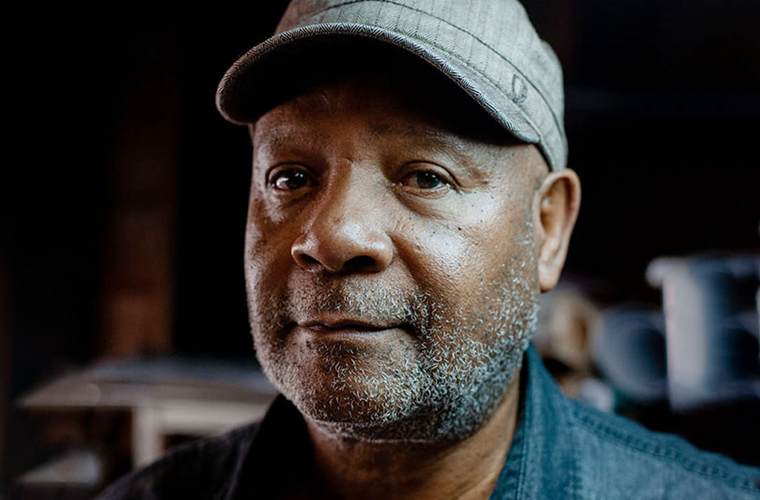 “​​Art is a powerful tool, a language that can be used to enlighten, inform and guide to action,” Emory Douglas has said.1 The former Minister of Culture and Revolutionary Artist for the Black Panther Party, Douglas helped define the aesthetics of protest at the height of the Civil Rights era, cementing his status among the 20th century’s most influential radical political artists. Throughout the 1960s and 1970s, he designed all but one of the Party’s newspapers, each issue marked by the artist’s bold, figurative illustrations outlined in thick black lines and contrasted with bright colors, block text, and photomontage. The clearly rendered imagery, applied to a range of printed media from newspapers to posters, notecards, and pins, became a hallmark of liberation movements around the world, as supporters called for an end to the oppression and subjugation of Black, Indigenous, and other communities sought to project a spirit of shared struggle through a common artistic vocabulary.

Douglas was born in Grand Rapids, Michigan. In 1951, his family relocated to San Francisco, where he continues to live today. Widely known as an epicenter of radical countercultural politics in the post–World War II era, the city was also deeply divided and segregated, and it was the injustices that Douglas observed as a child that informed his political ideology as an adult. Beginning in the early 1960s, as a student of commercial art at City College of San Francisco, Douglas made frequent trips to nearby San Francisco State University to see civil rights leaders like Amiri Baraka, Stokely Carmichael, and H. Rap Brown speak. He soon lent his talents to the nascent Black Arts Movement, creating fliers and other promotional artworks to advertise events held across the city. These formative experiences solidified his intentions to dedicate his work to the broader struggle for Black liberation that was taking shape around him.

In January 1967, Douglas met Huey Newton and Bobby Seale, two young activists from nearby Oakland, who, months earlier, had founded the Black Panther Party (BPP). Black self-determination was the Party’s primary motivation, seeking to improve the position of underprivileged people of color in America through “whatever means necessary.” The organization initially focused on an individual’s right to bear arms for defense against police violence, but its attention eventually turned to social justice issues like free breakfast for school children and fair housing. Seeking to promote their civil rights agenda to a primarily Black American audience, the Panthers developed a newspaper, the first of which Seale created and published in April 1967.

That first issue was simple in layout and design, leading Douglas to offer his expertise in print production, understanding the power that strong visuals could lend to political action. Beginning with the second, he designed every issue thereafter—some 537 newspapers, from 1967 until it ceased publication in the early 1980s. Douglas quickly rose through the ranks of the organization: he was officially named its Revolutionary Artist and, eventually, Minister of Culture, overseeing all aspects of the BPP’s visual identity.

Douglas’s familiarity with the print production process was a fruitful asset, as he employed simple tools like markers, rub-off type, and prefabricated texture materials to create his visually impactful designs. To keep costs low, each paper was printed in one or two colors—black ink, often with a contrasting bright color. His illustrations shone a spotlight on state-sanctioned brutality, depicting law enforcement officers and politicians as pigs, while also portraying Black people bearing arms and defeating their oppressors.

Some issues featured images of Black suffering, lambasting the political establishment for failing to meet the basic needs of people of color across the United States. Douglas strategically employed photomontage as well, integrating photographs alongside text and illustrations to emphasize urgent issues facing the Party. The impact and influence of Douglas’s designs underscored the importance of a consistent graphic strategy in conveying complex political messages in very simple terms. This success was underscored by the massive global distribution of the newspaper and the frequent use of Douglas’s illustrations in the political campaigns for organizations like the Organización de Solidaridad con Los Pueblos de Asia, África y América Latina, Organization of Solidarity with the People of Asia, Africa, and Latin America, known as OSPAAAL. Despite the popularity of the Panthers’ programs and their frequent struggle against the established white political order, the Party was disbanded in the early 1980s.

Douglas continues to work as a political artist and activist, producing work that seamlessly translates complex political issues into easily understood illustration, a hallmark of the pieces he produced as a member of the Panthers. His striking figural illustrations connect him to generations of American artists like Elizabeth Catlett, Aaron Douglas, and Charles White, while his combination of type and image draws on generations of political art emanating from across the world, including contemporaries working in Cuba during the Communist Revolution. Deeply bound to American history and politics, his imagery evokes a powerful, globally resonant narrative.