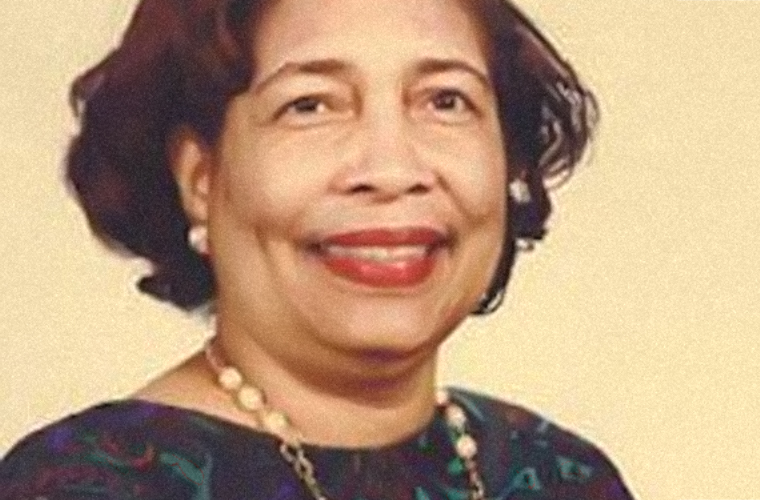 Mathematician Etta Zuber Falconer was born on November 21, 1933, in Tupelo, Mississippi. Her mother, Zadie L. Montgomery, was a musician, and her father, Dr. Walter A. Zuber, was a physician. She graduated from George Washington Carver High School in 1949. Zuber was only fifteen years old when she enrolled at Fisk University in Nashville, Tennessee. One of her early instructors was Evelyn Boyd Granville, an associate professor of mathematics.

Zuber returned to Mississippi in 1955 to teach math at Okolona Junior College. It was there that she met Dolan Falconer, and the two married the same year. They had three children: Dolan Falconer Jr., Dr. Alice Falconer Wilson, and Dr. Walter Falconer, and were separated only by the Dolan’s death in 1990.

During the summer of 1962, Falconer began attending the National Science Foundation (NSF) Teacher Training Institute summer program at the University of Illinois at Urbana-Champaign while beginning her Ph.D. studies at the University of Illinois. In 1963 she left Okolona College to accept a teaching position at Howard High School in Chattanooga, Tennessee. Falconer was named institute director of NSF in 1964, but her time was cut short when her husband was offered a teaching position at Morris Brown College, and the family relocated to Atlanta, Georgia. Falconer began teaching at Spelman College in 1965 and was awarded an NSF Faculty Fellowship (1967–1969) that enabled her to teach part-time while continuing to work on her Ph.D. at Emory University.

In 1969 Falconer became the eleventh African American woman to receive a Ph.D. in mathematics. She specialized in Abstract Algebra. In 1971 when her husband accepted a teaching position in Virginia, Falconer obtained a position as an associate professor of mathematics at Norfolk State College. After a year, they returned to Georgia, and Falconer returned to Spelman College in 1972 where she was named associate professor of mathematics and chairperson of the Mathematics Department. She held those positions until 1985.

Additionally, Falconer chaired the Natural Sciences Division from 1975 to 1990. She also became one of the first African American women in the nation to earn a Master’s Degree in Computer Science, which she received from Atlanta University in 1982. While teaching at Spelman College, Falconer was responsible for instituting a summer science program for pre-freshmen, an annual Spring Science Day, the NASA Women in Science Program, the NASA Undergraduate Science Research Program, and the College Honors Program. She was also the founder of the local chapter of the National Association of Mathematicians.

Falconer was awarded the UNCF Distinguished Faculty Award (1986–1987), the Spelman Presidential Award for Excellence in Teaching (1988), the Spelman Presidential Faculty Award for Distinguished Service (1994), NAM’s Distinguished Service Award (1994), the AWM Louise Hay Award, for outstanding achievements in mathematics education (1995), QEM’s Giants in Science Award (1995), and an honorary doctorate of science from the University of Wisconsin-Madison (1996). She has also been a member of countless panels, societies, organizations, and committees.

Dr. Etta Zuber Falconer died of pancreatic cancer on September 18, 2002, in Atlanta, Georgia, at the age of sixty-eight. She is survived by her three children.