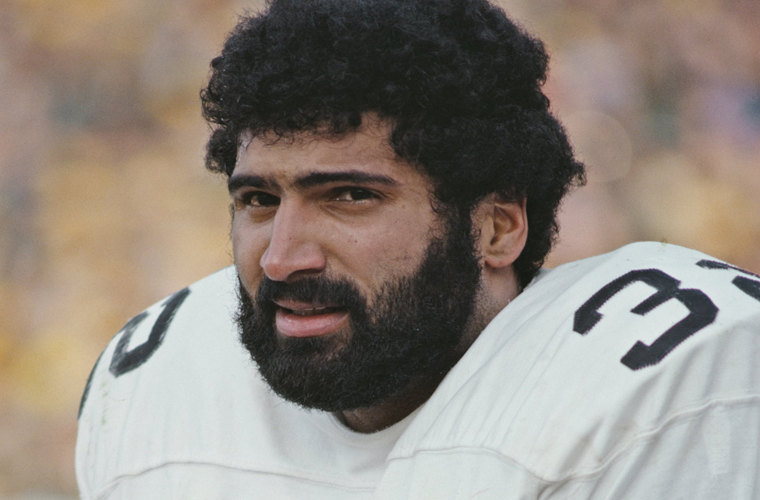 Franco Harris, (born March 7, 1950, Fort Dix, N.J., U.S.), American gridiron football running back who was a member of four Super Bowl-winning teams (1975, 1976, 1979, 1980) as a Pittsburgh Steeler and who is best known for having taken part in arguably the most famous play in National Football League (NFL) history, “the Immaculate Reception.”

Harris was a star in baseball, basketball, and football during high school, and he earned a football scholarship to Pennsylvania State University (Penn State) in 1968. At Penn State, he was often overshadowed by fellow running back Lydell Mitchell, an All-American, but Steelers scouts still saw enough in Harris’s play to draft him with the 13th overall selection of the 1972 NFL draft. Having rushed for 1,055 yards and scored 10 touchdowns in his first year in the league, he was named Offensive Rookie of the Year and chosen for the first of nine consecutive Pro Bowls. The Steelers qualified for the playoffs for the first time in 25 years that season and their first-round game against the Oakland Raiders were highlighted by Harris’s game-winning shoestring catch that came to be known as the Immaculate Reception. The play occurred with 22 seconds remaining in the game and the Steelers trailing 7–6. On fourth-and-10 from the Steelers’ 40-yard line, Pittsburgh’s quarterback,

In addition to his Pro Bowl streak, Harris helped the Steelers to eight straight playoff berths from 1972, four of which resulted in Super Bowl titles. He was named Most Valuable Player of Super Bowl IX (1975) after rushing for 158 yards against a stout Minnesota Vikings defense. At 6 feet 2 inches (1.88 meters) and 230 pounds (104 kg), he was a large running back, but he was often criticized for being “soft” because of his tendency to avoid contact that he deemed unnecessary by running out of bounds. However, his cautious running style led to a long career: he played 12 seasons with the Steelers and one more with the Seattle Seahawks. At the time of his retirement in 1984, he had the third highest career rushing yardage total in NFL history. Harris was inducted into the Pro Football Hall of Fame in 1990.