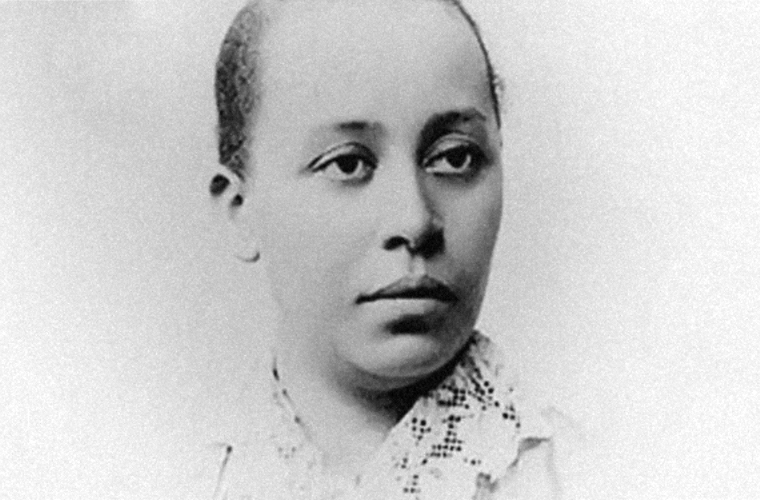 In 1891 it was rare for any woman to become a board-certified physician, but when Halle Tanner Dillon passed the Alabama State Medical Examination, even the New York Times took notice. While some southern newspapers had scoffed at the idea of a black woman even applying to take the exam, the Times noted that Johnson passed this “unusually severe” ten-day written exam to become “not only the first colored female physician but the first woman of any race” to officially practice medicine in Alabama.

Halle Tanner was born in Pittsburgh, Pennsylvania, in 1864, the eldest daughter of nine children born to Benjamin Tucker Tanner and Sarah Elizabeth Tanner. The Tanners were a prominent family whose home in Philadelphia often welcomed visitors and was often a meeting place for political and cultural discussion groups. Halle was well educated and as a young girl became familiar with the work of prominent African-American intellectuals. She worked with her father on the Christian Recorder, a publication of the African Methodist Episcopal Church, where he was a minister.

In 1886, Johnson married Charles Dillon and the couple had a child before her husband’s sudden death. A widow at 24, Halle returned to live with her family and decided to enter medical school. After three years of study at the Woman’s Medical College of Pennsylvania, she earned her M.D. in 1891, graduating with honors.

Around the time of her graduation, the noted African-American educator Booker T. Washington, founder of the Tuskegee Institute in Alabama, had written to the Woman’s Medical College of Pennsylvania to request a nomination for a teaching position he had been struggling to fill for four years. He hoped to find an African-American physician to serve the school and its surrounding community. Dr. Halle Tanner Dillon accepted Washington’s offer of $600 a month, including lodging and meals, and arrived to begin her service in August 1891.

Before beginning her new job, however, young Dr. Dillon had to face a significant obstacle: passing the Alabama State Medical Examination. The very fact that she was sitting for the examination caused a public stir in Montgomery, the state capital. She spent ten days taking the exam, addressing a different area of medicine each day. Her examiners included the directors and leading figures of most of the state’s major medical institutions. Dillon impressed them with her responses and she passed the test. Key to her success was the extensive preparation afforded her under Booker T. Washington’s watchful eye. He arranged for her to prepare for the exam by studying with a local Montgomery physician, Cornelius Nathaniel Dorsette, the first licensed African-American physician in the city.

During her brief tenure at Tuskegee she was responsible for the health care of the school’s 450 students and 30 faculty and staff. She also established a training school for nurses and founded the Lafayette Dispensary to serve the health care needs of local residents, often mixing medicines herself for their use. She also taught two classes each day.

Dr. Dillon’s tenure at Tuskegee ended in 1894 when she married Rev. John Quincy Johnson, an African Methodist Episcopal minister and math instructor at Tuskegee. The couple moved first to Columbia, South Carolina, where Reverend Johnson became president of Allen University, a private school for black students. They later moved from Hartford, Connecticut, to Atlanta, Georgia, and then to Princeton, New Jersey, as Reverend Johnson pursued undergraduate and graduate degrees in theology. Finally, in 1900 the couple settled in Nashville, Tennessee, with their three children and Reverend Johnson became the pastor of Saint Paul A.M.E. Church. Halle Tanner Dillon Johnson died of complications during childbirth on April 26, 1901. She will be remembered for her contribution to the health of the residents of Tuskegee, as well as her remarkable achievement as the first woman to qualify to practice medicine in the state of Alabama.