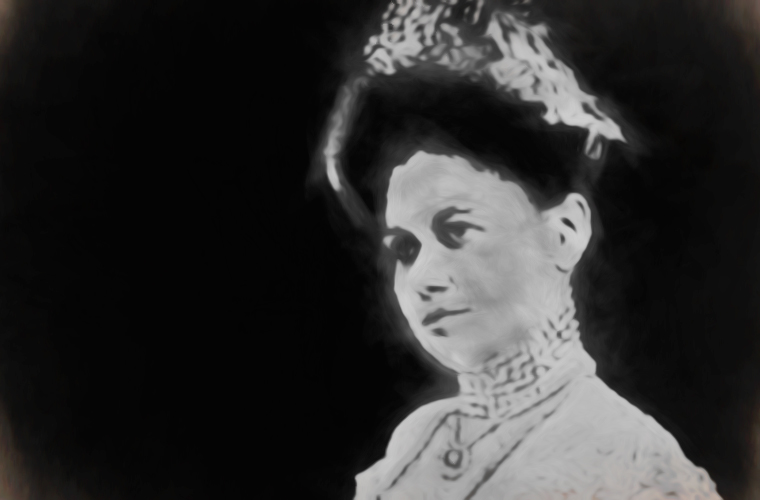 Hannah Elias was born in Philadelphia, Pennsylvania, one of nine children of mixed-race parents. In 1884, at the age of 19, while working as a servant, she stole a ball gown for her sister’s wedding. She was sent to prison. To support herself, she worked as a sex worker in a brothel in Manhattan, NYC. There, she met John R. Platt, a wealthy white man who was 45 years older than her.

A few years later, Elias, who was already married, met Platt once again. This time, their connection developed into a love affair. He gave her money, paid for her divorce, and appointed her as a boarding house manager. Later, she moved into a five-story and twenty-room mansion in Central Park West, purchased for her by Platt, who continued to shower her with gifts, money, and jewelry, including his deceased wife’s watch.

In 1903, Cornelius Williams, a man who rented a room at the boarding house Elias owned and was in love with her, shot and murdered a prominent NYC figure who Williams mistakenly believed was Platt. This incident exposed Elias and Platt’s relationship. Pressured by his children, Platt accused Elias of extortion of $685,385. As a result, Elias, then 39 years old, was arrested by four policemen who broke into her home.

She was jailed but made the bail of $30,000. When she gave her testimony in court, detailing the true nature of her relationship with Platt, she revealed that she has 15 bank accounts, lands and property worth $150,000, furniture worth $100,000, and many valuable jewels. Elias’s list of fortune and assets determined that she is one of the richest black women in the U.S and probably the world. With no evidence of extortion, Elias was acquitted in court. However, Platt’s filed a suit against her in civil court, which also ruled in her favor.

The story of the black prostitute who blackmailed her 84 years old lover made the headlines. The local tabloids referred to Elias as “ebony enslaver” and “The Negro Enchantress,” and her neighbors, who until then thought she is Cuban or East Indian because of her light skin, realize that a black woman is living in their prestigious neighborhood.

After the trails, Elias moved to Harlem. She purchased several properties and became the real estate empress of the neighborhood. She teamed up with the real estate developer John Nail, and together they turned Harlem into a safe zone for black New Yorkers. By the end of the 1910s, Elias left for Europe, never to return. Her death date is unknown.

Fun Facts
At the age of 20, she became pregnant and gave her child up for adoption.
She used to evict white tenants from some of her buildings in Harlem, to reside colored families instead.
During her trials, her house in Central Park West was a stop of the NYC tour bus.
The novel The Great Mrs. Elias by Barbara Chase-Riboud is based on her life story.