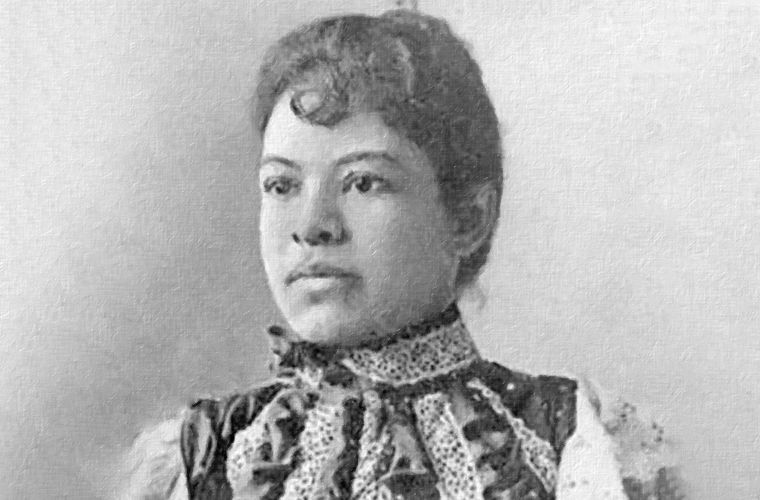 Ida Gray Nelson Rollins, the first African American Woman dentist, was born in Clarksville, Tennessee, on March 4, 1867.  She became an orphan when her mother, Jennie Gray, died in her early teens.  Rollins’ white father, whose name is not known, played no role in her childhood or education.  After her mother’s death, Ida was raised by her aunt, Caroline Gray, who had three other children, one boy, and two daughters.

Caroline Gray was 35, uneducated, and unable to read or write when she moved from Clarksville, Tennessee to Cincinnati, Ohio in 1867, with her four children.  In Ohio, Gray supported the family by working as a seamstress and housing foster children. All the Gray children contributed to the family’s income. While in high school, Rollins worked as a seamstress and dressmaker and in the dental office of Jonathan and William Taft.  Ida Gray graduated from Gaines Public High School in 1887 when she was 20 years old.

The part-time job in the dental office was instrumental in her desire to become a dentist.  Jonathan Taft was the dean of the Ohio College of Dentistry. In 1875, he became the first dean of the Dental College at the University of Michigan in Ann Arbor, Michigan.  As dean, he was a staunch supporter of admitting women to dental school and subsequently five years later, in 1875, the first woman was enrolled.

The mentorship provided by William Taft set the foundation for Rollins to become the first African American woman to graduate from a dental school.  Her ability to pass the entrance exam into the University of Michigan was aided by the experience she gained working in his dental office.  Gray enrolled in October 1887 and, three years later, she became the first African American woman to graduate with a Doctorate of Dental Surgery in the United States.

After graduation in 1890, Gray returned to Cincinnati, Ohio and opened a private dental practice.  She remained in this practice until 1895 when she married Sanford Nelson, a Spanish-American War veteran. The couple moved to Chicago, Illinois where Rollins where she set up a practice serving a clientele of men and women of all races. She soon became the first African American, male or female, to practice dentistry in Chicago.  Her husband died on March 11, 1926, and three years later at the age of 62, she married William Rollins, a waiter.

Ida Gray Nelson Rollins participated in a number of women’s organization and served as president of the Professional Women’s Club of Chicago.  She retired from her dentistry practice sometime in the mid-1930s.  On June 20, 1944, her second husband died from injuries sustained in a motor vehicle accident.  She did not have any children from either marriage and remained a widow until her death.