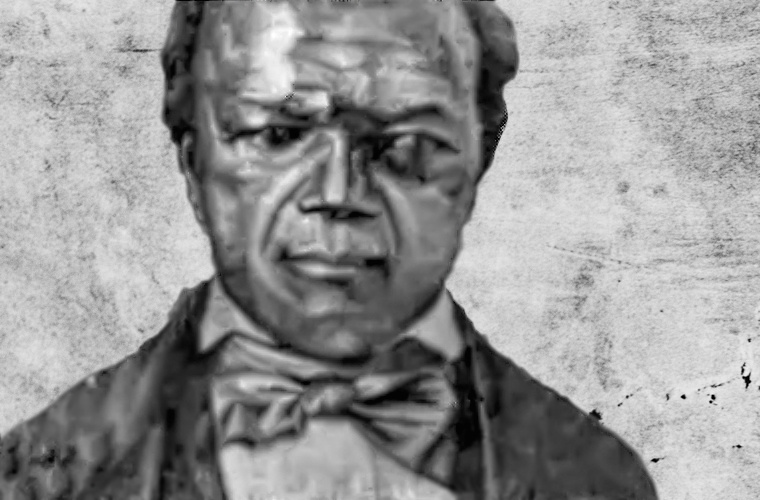 John Berry Meachum was born into slavery in Goochland County, Virginia. His master took him to North Carolina and then Kentucky. Meachum learned several trades, including carpentry. At 21, he had earned enough money from carpentry to purchase his own freedom and, shortly afterward, the freedom of his father. By then he had married another slave, Mary. His wife Mary Meachum had been taken by her owners when they moved to St. Louis, Missouri in 1815. Meachum bought her freedom as well, after moving to the river port city to be with her.

In St. Louis, Meachum met a white Baptist missionary, John Mason Peck. With Peck, he started the African Church of St. Louis (later renamed the First Baptist Church of St. Louis). It was the first Black church in the state. Meachum taught religious and secular classes there to both free and enslaved Black students. After he was ordained in 1825, Meachum constructed a separate building at the same location for his church and school, which he called “The Candle Tallow School.” The school, which charged a dollar per person for tuition for those who could afford to pay, attracted 300 pupils. Around the same time, St. Louis passed an ordinance banning the education of free Blacks, and Meachum had to close the school.

Then in 1847, as a slave state, Missouri banned all education for Black people, one of several restrictions on the lives of both enslaved Blacks and free people of color. It also prohibited them from having independent Black religious services without a white law enforcement officer present, or from holding any meetings for education or religion. In response, Meachum moved his classes to a steamboat in the middle of the Mississippi River, which was beyond the reach of Missouri law. He provided the school with a library, desks, and chairs, and called it the “Floating Freedom School”. Among Meachum’s students was James Milton Turner.

After the American Civil War, he founded the Lincoln Institute. This evolved into the first school in Missouri for higher education for Black students, in Jefferson City, Missouri, Lincoln University. Meachum and his wife, Mary, helped enslaved people gain their freedom by supporting them through the Underground Railroad, which helped people get to free states, and by purchasing their freedom. Sometimes they transported people by boat across the Mississippi River to the free state of Illinois. Through profits from his successful carpentry business, Meachum purchased and freed 20 enslaved individuals. He trained them in carpentry and other trades so that they could earn a living. Nearly every person freed paid Meachum back, so, he continued to be able to free others. As a slave owner, Meachum was sued by some of his slaves for their freedom and for his treatment of them as workers.

In 1846, Meachum published a pamphlet, “An Address to All of the Colored Citizens of the United States,” in Philadelphia, Pennsylvania. He emphasized the importance of collective unity and self-respect. He said that Black people needed to receive practical, hands-on education so they could support themselves after emancipation. John Berry Meachum died in his pulpit on February 19, 1854. He is buried in Bellefontaine Cemetery in St. Louis.

His wife Mary continued her work with the Underground Railroad. She was arrested in 1855 at the river’s edge for transporting slaves to freedom across the Mississippi River to the free state of Illinois. Beginning in 2003, the work of John and Mary Meachum on the Underground Railroad has been commemorated annually by re-enactors at the site of Mary’s arrest in St. Louis. It has been named the Mary Meachum Crossing at the Mississippi River and is designated on the Great River Greenway’s Riverfront Trail along the river. In 2015 the event also celebrated the 150th anniversary of the end of the Civil War. A mural painted on the riverside of the levee wall commemorates her work.