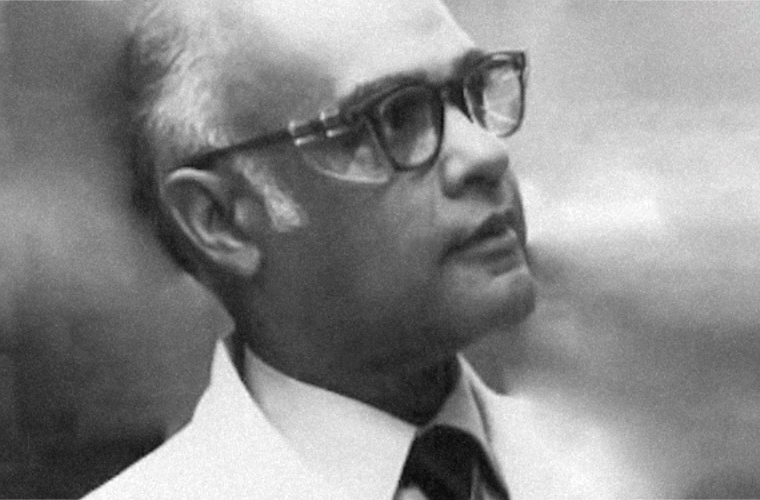 John Edward Hodge was born on this date in 1914. He was an African American chemist.

From Kansas City, Kansas he was the son of Anna Belle Jackson and John Alfred Hodge. His active mind found certain games and sports to be a challenge. He won a number of model airplane contests in Kansas City. He became an expert at billiards in college, and later in Peoria. Chess was another fascination for John, his father, John Alfred, and his son, John Laurent. He graduated from Sumner High School in 1932 and got his A.B. degree in 1936. Hodge received his M.A. in 1940 from the University of Kansas where he was elected to the PI-ii Beta Kappa scholastic society and the Pi Mu Epsilon honorary mathematics organization. He did his postgraduate studies at Bradley University between 1946 and 1960 and received a diploma from the Federal Executive Institute, Charlottesville, VA in 1971.

Hodges career began as oil chemist in Topeka, Kansas at the Department of Inspections. He was also a professor of chemistry at Western University, Quindaro, KS. In 1941 he began nearly 40 years of service at the USDA Nonhem Regional Research Center in Peoria, IL; where he retired in 1980. During that time (1972) he was visiting a professor of chemistry at the University of Campinas, Sao Paulo, Brazil. He also received a Superior Service Award at Washington, D.C., from the U.S. Department of Agriculture in 1953, and two research team awards also. He was chairman of the Division of Carbohydrate Chemistry of the American Chemical Society in 1964 and was an active member of the cereal chemists and other scientific organizations. After retirement Hodge was an adjunct chemistry professor at Bradley University in 1984-85.

Hodge encouraged young black college students to study chemistry. He made tours of historically Black colleges in the South to assess their laboratory capabilities, and recruited summer interns for research experiences. Hodge was on the board of directors of Carver Community Center from 1952 to 1958. In 1953 he was secretary of the Citizens Committee for Peoria Public Schools; as well as secretary for the Mayor’s Commission for Senior Citizens, 1982-85. Hodge was an advisory board member at the Central Illinois Agency for the Aging in 1975. John Hodge died on January 3, 1996.