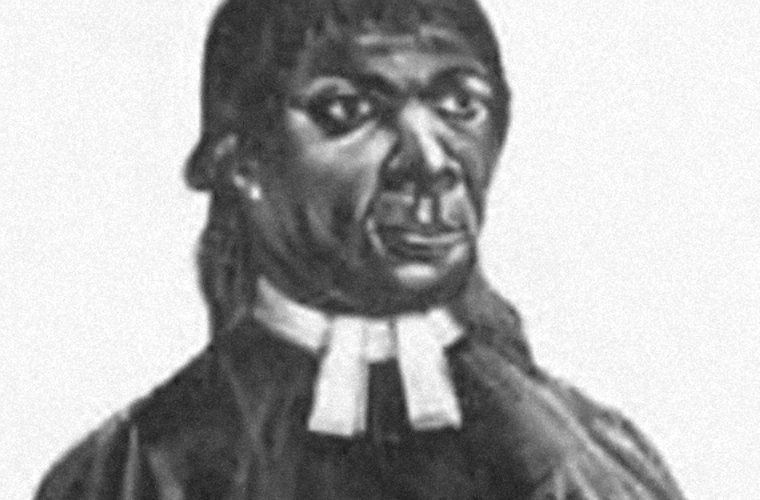 John Marrant’s early life was exceptional in that he was able to obtain an education despite the severe restrictions placed on blacks in colonial America. He attended school until the age of 10 or 11, first in St Augustine, Florida, where his mother had moved on the death of her husband in 1759, and then in Georgia. When the family later settled in Charleston, South Carolina, it was intended that Marrant should learn a trade. Instead, at his own wish, he studied music for two years before being apprenticed for over a year in an unknown trade. At the age of 13 he experienced Christian conversion at a George Whitefield meeting and, finding his family unsympathetic, he abandoned his home for the wilderness beyond Charleston. There he was found by an Indian hunter and taken among the Cherokees, with whom he lived for two years before returning to South Carolina.

At the outbreak of the American revolution, Marrant was impressed into the Royal Navy as a musician and saw action in 1780 at the siege of Charleston and in 1781 off the Dogger Bank, where he was wounded. After his discharge, he worked for three years with a London cotton merchant and joined an evangelical group known as the Countess of Huntingdon’s Connexion. When he received from his brother, one of the 3,500 black loyalists transported to Nova Scotia after the revolution, a letter describing their yearning for Christian knowledge, Marrant determined to go there as a missionary. He was ordained a minister in the Connexion on 15 May 1785 at Bath.

Marrant’s education and conversion combined to produce the two achievements for which he is remembered: the publication in London in 1785 of his account of the first 30 years of his life and his Christian ministry among the black loyalists of Nova Scotia. Between 1785 and 1835 A narrative of the Lord’s wonderful dealings with John Marrant, a black . . . appeared in at least 21 different printings, including one in Welsh. Its amazing success can be attributed to the fact that it made important contributions to three literary genres: the American slave narrative, the Indian captivity tale, and the evangelical Christian conversion record. Although Marrant was never a slave, his Narrative is numbered among the most influential of early black writings because the pattern of his life paralleled the classic slave pattern of suffering and oppression, eventual escape, and journey to the promised land. After his death publishers, perhaps wishing to avoid the abolition controversy and stress the story of a Christian’s progress, omitted the reference to his color in the title and even lightened his frontispiece portrait to obliterate his racial characteristics. These amended versions depended for their appeal on Marrant’s account of his residence among the Cherokees; he is considered to be one of the three most popular Indian captivity stories ever published.

Marrant himself seems to have regarded his Narrative as significant chiefly for its Christian message. It is tantalizingly silent on the details of his secular life, portraying instead a series of spiritual tests and victories often embodied in symbolic incidents that are hardly credible to modern readers. His conversion and subsequent adventures are all marked by miraculous escapes and prayers answered spontaneously. Marrant clearly saw himself as a living sermon. His struggle as a black Christian in an irreligious, white, slave-owning world that made little distinction between slaves and freeborn blacks was intended to inspire not just people of his own color but his white readers as well.

In Nova Scotia Marrant’s preaching contributed to a movement that had its parallel in the impact of his published Narrative. Although the black loyalists lived in poverty and oppression, they were able to create a vibrant culture centered on their Christian chapels and thus to endure as a distinct community. Marrant organized his first congregation at Birchtown, near Shelburne, and then embarked on a tour that took him to most of the black loyalist settlements. Occasionally he preached to white congregations and visited Micmac villages. His effectiveness as a preacher is acknowledged in his condemnation by several white ministers whose black parishioners deserted them for Marrant’s message and for the all-black chapels he introduced. One important legacy of his ministry, therefore – and of the ministries of the Baptist preacher David George and the Methodists Moses Wilkinson, John Ball, and Boston King – was the creation of exclusive black religious groups dedicated to the preservation of a unique Christian experience.

In 1787 Marrant traveled to Boston, where he joined the first black Masonic lodge, founded in 1784 by Prince Hall. He became chaplain to the lodge, and several of his Boston sermons were published in both England and America. He did not, however, lose contact with his Nova Scotian flock, for he returned to the province to marry black loyalist Elizabeth Herries at Birchtown on 15 Aug. 1788. In 1789, apparently believing his mission had been accomplished, he left for England. He continued his ministry at the main Huntingdonian chapel in Islington and on his death was buried in the adjoining churchyard.

John Marrant’s brief career is less important for its accomplishments than for its influence upon historical and literary trends among black people in North America and in Africa. His was a message of perseverance, a testimony to the success a black man and a Christian could achieve through faith in God and in himself, and his Narrative served as a model for generations of black American writers. Marrant’s followers became preachers and teachers in the Nova Scotian black community, and with the migration of some 1,200 black loyalists to Sierra Leone in 1792, his message was spread to thousands of Africans. His work survives in the descendants of his black congregations.