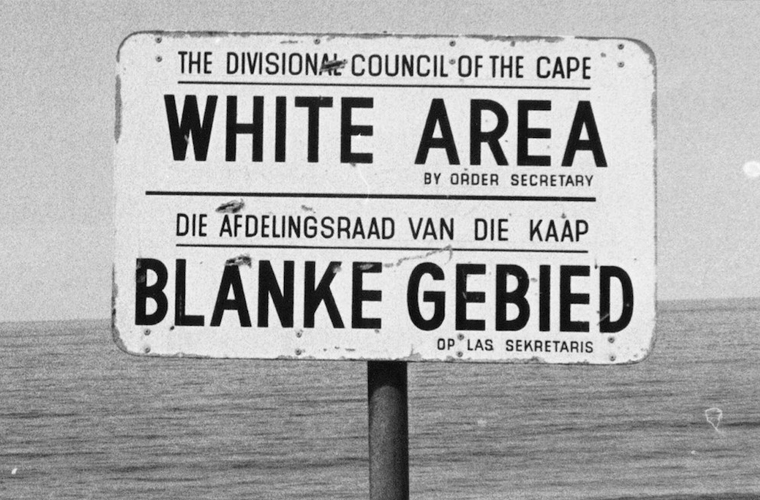 By the end of the nineteenth century, South Africa had been completely colonized by European Powers because it made a convenient port to supply ships on their way to India. When the Europeans, led by the Dutch colonists, arrived in South Africa, they drove many of the native Africans from their homes. South African society was heavily divided between the Dutch colonists, known as Afrikaners, and the natives. In 1910, the British parliament passed the Act of Union that brought British and Afrikaner colonies together under the same government. Unfortunately, the new South African government was just as racially divided as the original. The South African parliament passed several bills to increase their power and to ensure that whites would remain in power.

World War II had a profound effect on South Africa. During the war, two political leaders vied for control of the South African government. Jan Smuts, an Afrikaner and a leader of the United Party, supported the British and the Allies, but Malan and his supporters, supported the Germans. During the 1930s, German National Socialism with its emphasis on the racial superiority of Germanic people, anti-Semitism, and use of the state for the good of the “master race” had attracted many Afrikaners. In 1939 Malan and Hertzog shaped the Herinigde (reunited) National Party (HNP). Between 1939 and 1945 South African urbanization grew quickly, and by 1946 there were more black Africans than whites in the cities of South Africa.

Going into the South African election of 1948, the governing United Party based their political platform on a report from the Fagan Commission, a committee assigned to investigate the racial divisions of South Africa. The Fagan Commission argued that, due to the migration of Africans to the cities and the lack of African reserves, complete segregation was impossible. The HNP argued the opposite, that only total segregation of the races would prevent eventual movements for equality and the subversion of white society by blacks. The HNP also stated that natives should be viewed as temporary residents in the cities and should occasionally be relocated back to rural areas. The HNP’s segregationist platform, known as Apartheid, was successful, and Malan defeated Smuts and the United Party. The HNP became the governing party and was renamed to the National Party (NP).

Once the National Party got into power they began to embed apartheid in South Africa’s legal system so that it would be difficult to change. By providing a legal basis for preferential treatment of whites, the NP was able to secure its power for future elections. Over 350 apartheid laws were passed by the NP, among the most important ones:

As the list suggests, apartheid evolved through a steady accumulation of laws and amendments. The cumulative effect was to create a comprehensive and deeply entrenched system of racial discrimination in South Africa.