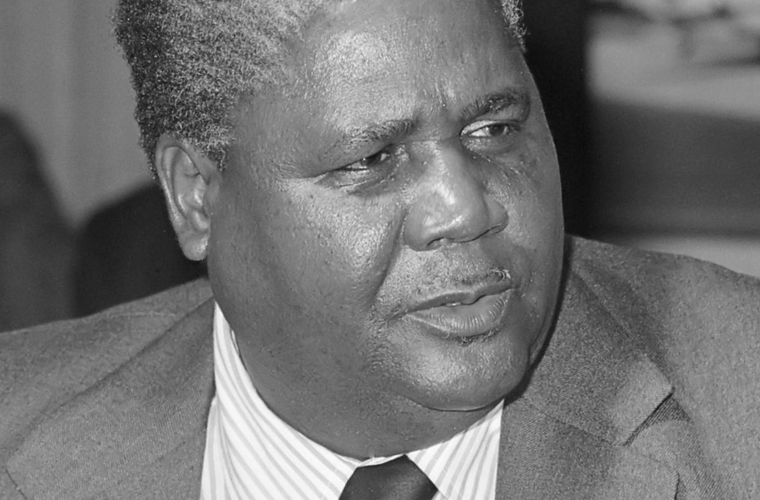 Nkomo was the son of a teacher and lay preacher in Matabeleland. Although often regarded as of Ndebele (formerly called Matabele) descent, he was, in fact, a member of the Karanga group of Shona peoples. (Most members of his ZAPU party, however, did belong to the Ndebele, who form the dominant ethnic group in the southern part of the country.) After primary schooling in Rhodesia, he went to South Africa to complete his education in Natal and Johannesburg. Returning home in 1945, he worked for the Rhodesian Railways and by 1951 had become a leader in the trade union of the black Rhodesian railway workers. In 1951 he also obtained an external B.A. degree from the University of South Africa, Johannesburg.

Nkomo became increasingly political, and in 1957 he was elected president of the African National Congress (ANC), the leading black nationalist organization in Rhodesia. When the ANC was banned early in 1959, Nkomo went to England to escape imprisonment. He returned in 1960 and founded the National Democratic Party (NDP); in 1961, when the NDP was banned in turn, he founded ZAPU. The white-minority government of Rhodesia held Nkomo in detention from 1964 until 1974. After his release, he traveled widely in Africa and Europe to promote ZAPU’s goal of black majority rule in Rhodesia. Nkomo helped lead the guerrilla war against white rule in Rhodesia, but his forces played a relatively minor role compared with those of Mugabe, who headed the Zimbabwe African National Union (ZANU). The two groups were joined in an uneasy alliance known as the Patriotic Front after 1976.

After white-ruled Rhodesia became black-ruled Zimbabwe in 1979–80, Nkomo and his Ndebele-supported ZAPU were increasingly eclipsed by Mugabe’s ZANU, whose base of support was the majority Shona people. ZANU resoundingly defeated Nkomo’s ZAPU in the 1980 parliamentary elections. The parties’ relationship remained strained, and overt ethnic strife broke out between the Shona and the Ndebele peoples after Mugabe dismissed Nkomo from the cabinet in 1982. After a complete breach between the two leaders for a few years, they agreed in 1987 to merge their respective parties in order to try to achieve ethnic unity in their country. In 1990 Nkomo became a vice president under Mugabe, but Nkomo was only a figurehead in this position—genuine political power was wielded by Mugabe, who remained Zimbabwe’s chief executive. In 1996 Nkomo was diagnosed with prostate cancer. His deteriorating health forced him to retreat from public life, although he continued to hold the title of vice president until his death in 1999. An autobiography, Nkomo, the Story of My Life, was published in 1984.