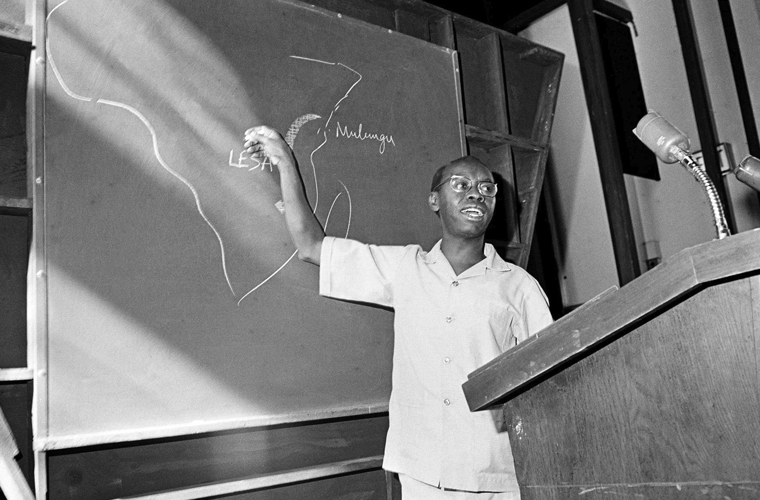 John Samuel Mbiti (born 30 November 1931) is a Kenyan-born Christian religious philosopher and writer. He is an ordained Anglican priest, and as of 2005 a canon.

Born in Kenya, Mbiti studied in Uganda and the United States, taking his doctorate in 1963 at the University of Cambridge, UK. He taught religion and theology at Makerere University, Uganda from 1964 to 1974 and was subsequently director of the World Council of Churches’ Ecumenical Institute in Bogis-Bossey, Switzerland. He has held visiting professorships at universities across the world and published extensively on philosophy, theology, and African oral traditions.

Mbiti’s seminal book, African Religions, and Philosophy (1969) was the first work to challenge the Christian assumption that traditional African religious ideas were “demonic and anti-Christian”. His sympathetic treatment of traditional religions was based on massive fieldwork. Mbiti is clear that his interpretation of these religions is from a firmly Christian perspective, and this aspect of his work has sometimes been severely criticized.

Mbiti’s research interests include theology in Africa and Asia and ecumenism. He has also collaborated on a book of African proverbs, collected from across the continent.

As of 2005, Mbiti is an Emeritus Professor at the University of Bern and parish minister to the town of Burgdorf, Switzerland. He is married to Verena Mbiti-Siegenthaler and has four children.