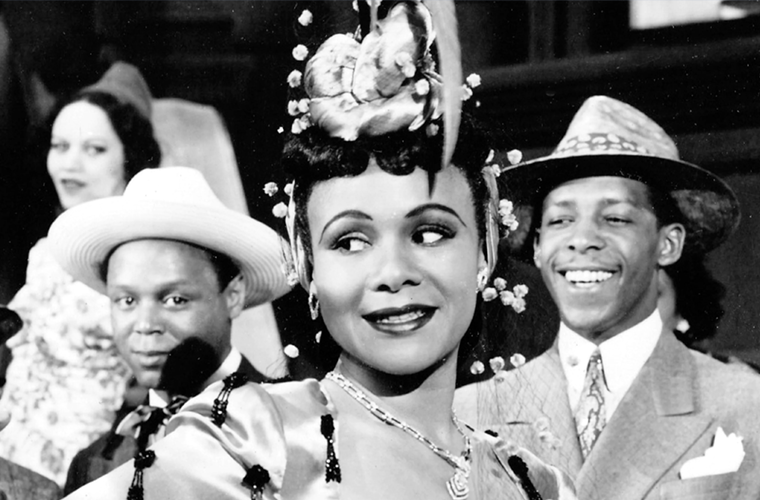 Dunham early became interested in dance. While a student at the University of Chicago, she formed a dance group that performed in concert at the Chicago World’s Fair in 1934 and with the Chicago Civic Opera company in 1935–36. On graduating with a bachelor’s degree in anthropology she undertook field studies in the Caribbean and in Brazil.

By the time she received an M.A. from the University of Chicago, she had acquired a vast knowledge of the dances and rituals of the black peoples of tropical America. (She later took a Ph.D. in anthropology.) In 1938 she joined the Federal Theatre Project in Chicago and composed a ballet, L’Ag’Ya, based on Caribbean dance.

Two years later she formed an all-black company, which began touring extensively by 1943. Tropics (choreographed 1937) and Le Jazz Hot (1938) were among the earliest of many works based on her research.

Dunham was both a popular entertainer and a serious artist intent on tracing the roots of black culture. Many of her students, trained in her studios in Chicago and New York City, became prominent in the field of modern dance. She choreographed for Broadway stage productions and operas—including Aida (1963) for the New York Metropolitan Opera. She also choreographed and starred in dance sequences in such films as Carnival of Rhythm (1942), Stormy Weather (1943), and Casbah (1947).

In addition, Dunham conducted special projects for African American high school students in Chicago; was artistic and technical director (1966–67) to the president of Senegal; and served as artist-in-residence, and later professor, at Southern Illinois University, Edwardsville, and director of Southern Illinois’s Performing Arts Training Centre and Dynamic Museum in East St. Louis, Ill. Dunham was active in human rights causes, and in 1992 she staged a 47-day hunger strike to highlight the plight of Haitian refugees.

Dunham’s writings, sometimes published under the pseudonym Kaye Dunn, include Katherine Dunham’s Journey to Accompong (1946), an account of her anthropological studies in Jamaica; A Touch of Innocence (1959), an autobiography; Island Possessed (1969); and several articles for popular and scholarly journals. The recipient of numerous awards, Dunham received a Kennedy Center Honor in 1983 and the National Medal of Arts in 1989.