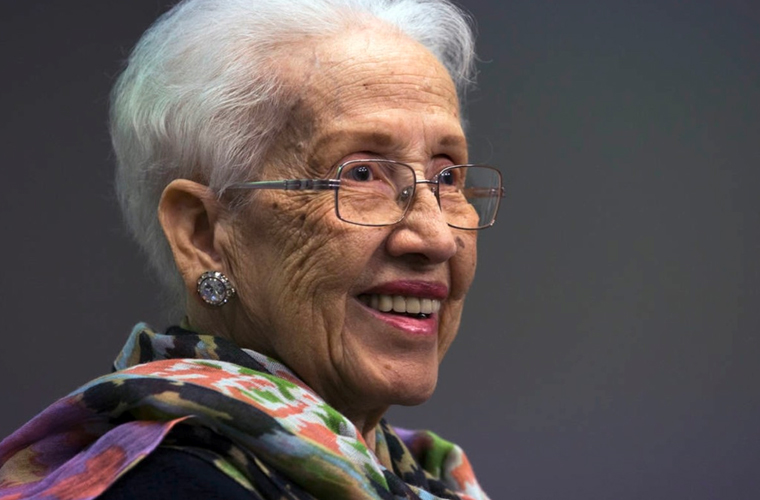 Born in 1918 in West Virginia, Katherine G. Johnson made the most of limited educational opportunities for African Americans, graduating from college at age 18. She began working in aeronautics as a “computer” in 1952, and after the formation of NASA, she performed the calculations that sent astronauts into orbit in the early 1960s and to the moon in 1969. Johnson was honored with the Presidential Medal of Freedom in 2015 and saw her story brought to light through a book and a feature film the following year. 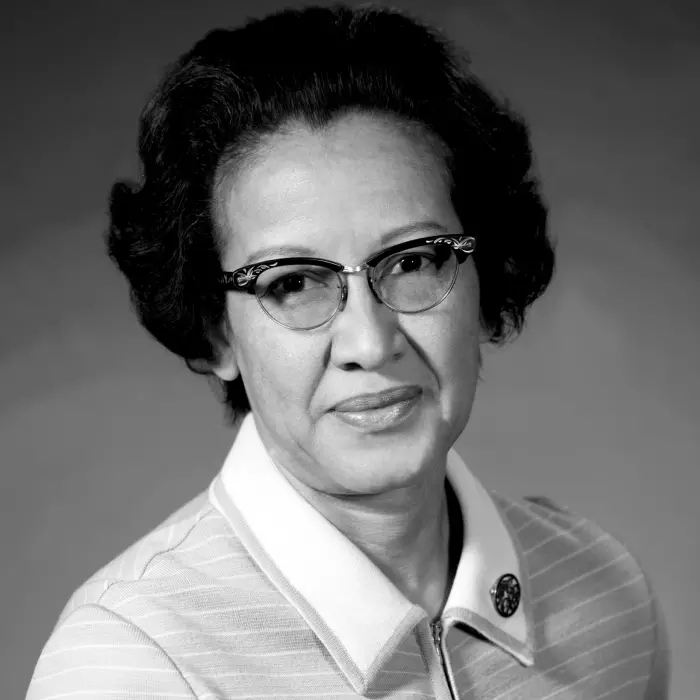 Margot Lee Shetterly’s 2016 book Hidden Figures The American Dream and the Untold Story of the Black Women Who Helped Win the Space Race celebrated the little-known story of Johnson and her fellow African-American computers. It was also turned into an Oscar-nominated feature film,  (2016), starring actress Taraji P. Henson as Johnson. In 1939, Johnson married James Francis Goble, with whom she had three daughters: Joylette, Katherine, and Constance. Katherine G. Johnson was born Katherine Coleman on August 26, 1918, in White Sulphur Springs, West Virginia. A bright child with a gift for numbers, she breezed through her classes and completed the eighth grade by age 10. Although her town didn’t offer classes for African Americans after that point, her father, Joshua, drove the family 120 miles to Institute, West Virginia, where they lived while she attended high school. Johnson enrolled at West Virginia State College (now West Virginia State University) in Institute, West Virginia, where she encountered a hands-on faculty. One particularly engaged professor was Dr. William W. Schieffelin Claytor, the third African American to earn a Ph.D. in mathematics, who was determined to prepare Johnson to become a research mathematician. At age 18, she graduated summa cum laude with degrees in mathematics and French.

The following year, Johnson became one of three students to desegregate West Virginia University’s graduate school in Morgantown. However, she found the environment less welcoming than it had been in Institute, and never completed her program there.

Beginning in the late 1930s, Johnson taught math and French at schools in Virginia and West Virginia.

In 1952, Johnson learned that the National Advisory Committee for Aeronautics (NACA) was hiring African-American women to serve as “computers;” namely, people who performed and checked calculations for technological developments. Johnson applied, and the following year she was accepted for a position at Langley Research Center in Hampton, Virginia.

Johnson not only proved adept at her calculations, but she also displayed curiosity and assertiveness that caught her superiors by surprise. “The women did what they were told to do,” she recalled. “They didn’t ask questions or make the task any further. I asked questions; I wanted to know why.”

After only two weeks, Johnson was transferred from the African-American computing pool to Langley’s flight research division, where she talked her way into meetings and earned additional responsibilities. She achieved success despite difficulties at home: In 1956, her husband died of a brain tumor.

In 1958, after NACA was reformulated into the National Aeronautics and Space Administration (NASA), Johnson was among the people charged with determining how to get a human into space and back. The following year she remarried, to decorated Navy and Army officer James A. Johnson.

For Johnson, calculating space flight came down to the basics of geometry: “The early trajectory was a parabola, and it was easy to predict where it would be at any point,” she said. “Early on, when they said they wanted the capsule to come down at a certain place, they were trying to compute when it should start. I said, ‘Let me do it. You tell me when you want it and where you want it to land, and I’ll do it backward and tell you when to take off .’ ” As a result, the task of plotting the path for Alan Shepard’s 1961 journey to space, the first in American history, fell on her shoulders.

“Everything is physics and math.” – Katherine G. Johnson

The next challenge was to send a man in orbit around Earth. This involved far more difficult calculations, to account for the gravitational pulls of celestial bodies, and by then NASA had begun using electronic computers. Yet, the job wasn’t considered complete until Johnson was summoned to check the work of the machines, providing the go-ahead to propel John Glenn into successful orbit in 1962.

While the work of electronic computers took on increased importance at NASA, Johnson remained highly valuable for her unwavering accuracy. She performed calculations for the historic 1969 Apollo 11 trip to the moon, and the following year, when Apollo 13 experienced a malfunction in space, her contributions to contingency procedures helped ensure its safe return.

Johnson continued to serve as a key asset for NASA, helping to develop its Space Shuttle program and Earth Resources Satellite, until her retirement in 1986.

Johnson has been honored with an array of awards for her groundbreaking work. Among them are the 1967 NASA Lunar Orbiter Spacecraft and Operations team award, and the National Technical Association’s designation as its 1997 Mathematician of the Year. Additionally, she has earned honorary degrees from SUNY Farmingdale, Maryland’s Capitol College, Virginia’s Old Dominion University, and West Virginia University.

In November 2015, President Barack Obama presented Johnson with the Presidential Medal of Freedom. Margot Lee Shetterly’s 2016 book Hidden Figures The American Dream and the Untold Story of the Black Women Who Helped Win the Space Race celebrated the little-known story of Johnson and her fellow African-American computers. It was also turned into an Oscar-nominated feature film, Hidden Figures (2016), starring actress Taraji P. Henson as Johnson.

A year later, in September 2017, 99-year-old Johnson was honored by NASA, with the dedication of a new research building which is named after her — the Katherine G. Johnson Computational Research Facility. Johnson, her family, and friends were at the ribbon-cutting ceremony for the new building which is part of NASA’s Langley Research Center in Hampton, Virginia.

“We’re here to honor the legacy of one of the most admired and inspirational people ever associated with NASA,” Langley Director David Bowles said in a press release. “I can’t imagine a better tribute to Mrs. Johnson’s character and accomplishments than this building that will bear her name.”

Johnson’s humble response to a building named after her was said with a laugh: “You want my honest answer? I think they’re crazy.”

Her trailblazing contributions were celebrated at the dedication ceremony where Margot Lee Shetterly, the author of Hidden Figures and keynote speaker, said of the “human computers”: “We are living in a present that they willed into existence with their pencils, their slide rules, their mechanical calculating machines — and, of course, their brilliant minds.”

When asked to give her advice to NASA employees who will follow in her footsteps and work in the new building named after her, Johnson simply said: “Like what you do and then you will do your best.”