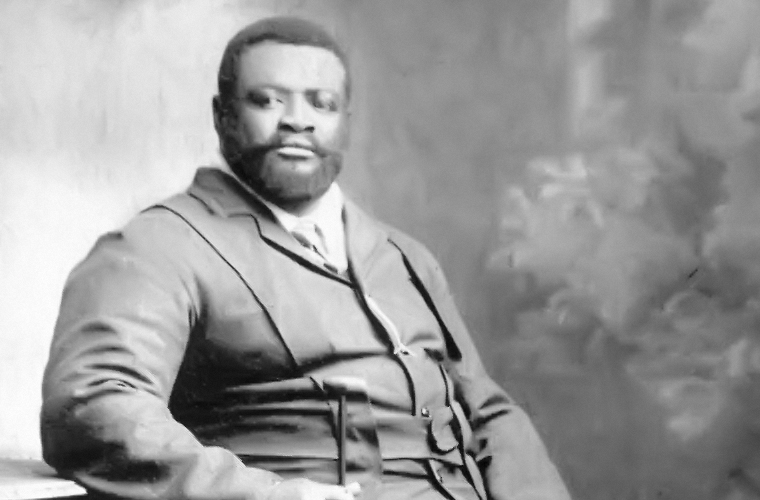 Dinuzulu kaCetshwayo succeeded Cetshwayo as king of the Zulu nation in 1884. At the time, Zululand was experiencing a process of national disintegration. After the Anglo-Zulu War of 1879, Sir Garnet Wolseley, British administrator of Natal, had imposed a different political arrangement on the Zulu people. He banished Cetshwayo and divided Zululand into thirteen separate territories, each under an appointed chief. uSuthu royalists opposed the appointed chiefs. They deeply resented that the royal household had been placed under the authority of Cetshwayo’s greatest enemy, Chief Zibhebhu of the Mandlakazi. These events deeply divided the country, and many view them as the origins of the Zulu civil war.

Cetshwayo’s brothers, who acted as councillors in the king’s absence, complained about Zibhebhu’s endeavours to increase his wealth and status and pleaded for Cetshwayo’s return to Zululand. Civil war continued after Cetshwayo returned from exile in 1879 with Cetshwayo’s supporters raiding the homesteads of their opponents. On 30 March and again on 21 July 1883, Zibhebhu mustered his regiments. They utterly defeated Cetshwayo, who fled into the Nkandla forest and then to Eshowe. On 8 February 1884, Cetshwayo died suddenly, possibly of poisoning. Thereafter, Zibhebhu’s supporters dominated the northern districts, attacking those they suspected of royalist sympathies.

The lawful successor, Dinuzulu, was only fifteen and so too young to assume political responsibilities. Moreover, his uncles feared for his life, so they took him to a safe place in the Transvaal. Early in 1884, they turned to a group of Boers on the Transvaal border to aid them in ensuring the succession and survival of the royal lineage. On 5 July 1884, the uSuthu, supported by a hundred mounted Boers, defeated Zibhebhu at Entshaneni in the Lebombo Mountains. In return for their assistance, the Boers received 800 farms, comprising 1,355,000 morgen (more than 4,000 square miles). However, Britain intervened, blocking the Boers from the sea and reducing their territory.

Dinuzulu appealed to the British for intervention but he was reluctant to resign himself to annexation. On 14 May 1887, the British annexed Zululand and the Zulu Reserve, extending the Native Law of Natal to the whole country. The Governor of Natal was to rule by proclamation, but it is clear that Dinuzulu regarded his status under the protectorate as unchanged. The Zulu people continued to look to the royal house for assistance, inspiration, and leadership. White magistrates made every effort to reduce the authority of the royal house but the uSuthu leaders were not submissive. Dinuzulu ignored the magistrates who summoned him and fined him for continuing to administer the affairs of the nation as if his authority was supreme.

The Governor allowed Zibhebhu to return to his old lands because he hoped that this would throw the balance of power into the hands of the Natal Government. Zibhebhu immediately drove the uSuthu supporters in his territory to flight. With this Dinuzulu openly rebelled.

In June 1888, he led an attack on the Mandlakazi and defeated them at Nongoma. Pursued by British troops, he escaped to the Transvaal where he evaded capture for three months. In 1889, a court ” the impartiality of which was in doubt ” found Dinuzulu and his two uncles, Ndabuko and Shingana, guilty of high treason and exiled them to the island of St Helena. In 1897, Zululand was formally incorporated into Natal and in the next few years, much of it was opened to white settlement. Dinuzulu was released and installed as ‘Government Induna’ in 1898.

In 1906, Dinuzulu became implicated in the rebellion of a minor chief, Bambatha, who refused to pay the poll tax introduced by the Natal Government. The Zulus, who continued to regard Dinuzulu as king, turned to him for support, as did the Natal Government, expecting him as ‘Government Induna’ to deal severely with the disturbances. When Dinuzulu did not, he was arrested in 1909, and accused of harbouring rebels. In spite of the famous defence by former Cape premier, W P Schreiner, Dinuzulu was sentenced to four years imprisonment.

Seven years of internecine strife sapped the Zulu nation of its strength and self-sufficiency and European encroachment on every side deprived them of much of their land. By 1894, Zululand had become one of the main sources of labour supply on the Witwatersrand.

General Louis Botha believed that Dinuzulu did not have a fair trial. When he became Prime Minister of South Africa in 1910, one of the first things he did was to order Dinuzulu’s release. He granted him a farm near Middelburg, Transvaal, to which the King of the Zulus retired. He died in 1913. Dinuzulu’s son, Mshiyeni, succeeded to the paramountcy and although the white authorities viewed this as an honorific title, nonetheless, the House of Shaka remained deeply revered as paramount in Natal and Zululand.