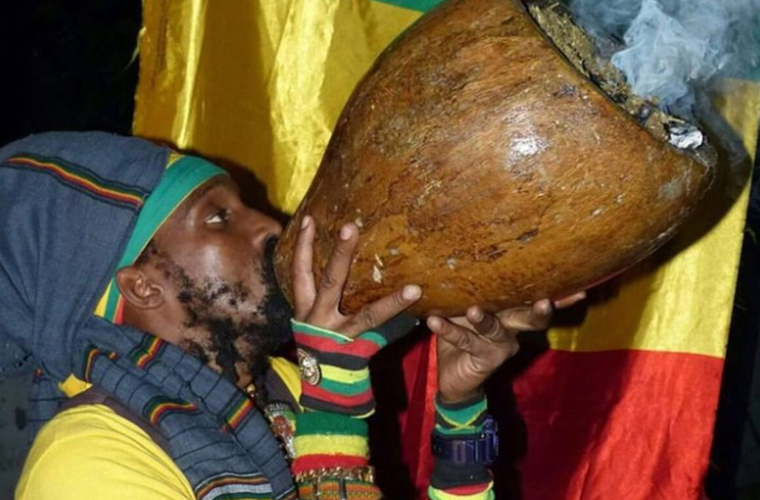 Rastafari also spelled Ras Tafari, is a religious and political movement, that began in Jamaica in the 1930s and was adopted by many groups around the globe, that combines Protestant Christianity, mysticism, and a pan-African political consciousness.

Rastas, as members of the movement, are called, to see their past, present, and future in a distinct way. Drawing from Old Testament stories, especially that of Exodus, they “overstand” (rather than understand) people of African descent in the Americas and around the world to be “exiles in Babylon.” They believe that they are being tested by Jah (God) through slavery and the existence of economic injustice and racial “downpression” (rather than oppression). Looking to the New Testament book of Revelation, Rastas await their deliverance from captivity and their return to Zion, the symbolic name for Africa drawn from the biblical tradition. Ethiopia, the site of dynastic power, is the ultimate home of all Africans and the seat of Jah, and repatriation is one goal of the movement. Many (though not all) Rastas believe that the Ethiopian emperor, His Imperial Majesty Haile Selassie I, crowned in 1930, is the Second Coming of Christ who returned to redeem all black people. The movement takes its name from the emperor’s pre-coronation name, Ras Tafari.

Jamaican Rastas are descendants of African slaves who were converted to Christianity in Jamaica by missionaries using the text of the King James Version of the Bible. Rastas maintain that the King James Version is a corrupted account of the true word of God since English slave owners promoted incorrect readings of the Bible in order to better control slaves. Rastas believe that they can come to know the true meanings of biblical scriptures by cultivating a mystical consciousness of oneself with Jah, called “I-and-I.” Rastas read the Bible selectively, however, emphasizing passages from Leviticus that admonish the cutting of hair and beard and the eating of certain foods and that prescribe rituals of prayer and meditation. Based on their reading of the Old Testament, many Rasta men uphold patriarchal values, and the movement is often charged with sexism by both insiders and outsiders. “Iyaric,” or “Dread-talk,” is the linguistic style of many Rastas, who substitute the sound of “I” for certain syllables.

Rastafari “livity,” or the principle of a balanced lifestyle, includes the wearing of long hair locked in its natural, uncombed state, dressing in the colors of red, green, gold, and black (which symbolize the life force of blood, herbs, royalty, and Africanness), and eating an “I-tal” (natural, vegetarian) diet. Religious rituals include prayer services, the smoking of ganja (marijuana) to achieve better “itation” (meditation) with Jah, and “bingis” (all-night drumming ceremonies). Reggae music grew out of the Rastafari movement and was made popular throughout the world by the Jamaican singer and songwriter Bob Marley.