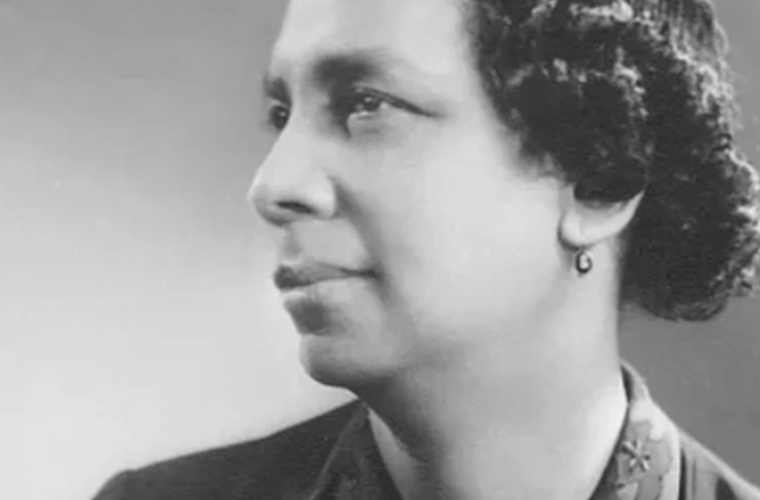 Lillie May Carroll Jackson was a civil rights organizer in Baltimore and longtime leader of the city’s chapter of the National Association for the Advancement of Colored People (NAACP). Known as the “Mother of Freedom,” Jackson was credited with pioneering the tactic of non-violent resistance that was a cornerstone of the movement in the 1950s and 1960s.

Jackson was born on May 25, 1889, to Charles Henry Carroll, a Methodist minister, and Amanda Bowen Carroll who managed a boarding room service. Raised in the Sharp Street Memorial United Methodist Church in Baltimore, Jackson attended Colored High and Training School (now Frederick Douglass High School). After graduating in 1908, she became a second-grade teacher at Biddle Street School. In 1910, she married Keiffer Albert Jackson, a Methodist evangelist, and for a few years, the couple toured the country giving lectures and showing religious films. The couple eventually settled in Baltimore and had three daughters, Virginia, Juanita, and Marion, and one son, Bowen.

In 1918, Jackson underwent emergency surgery for mastoiditis, a bacterial infection of the inner and middle ear, that would change her life. She prayed to God to spare her life so that she might raise her children. The surgery left her face disfigured but, upon recovering from the disease, she vowed to a lifetime of service.

Jackson’s commitment to racial equality began when two of her daughters were denied admission to the Maryland Institute and University of Maryland, due to their race. In 1931, Jackson and her daughter, Juanita, who was then 18 years old, founded the City-Wide Young People’s Forum. The group launched the “Buy Where You Can Work” campaign that encouraged African Americans to shop only at businesses that hired black employees and to boycott those that engaged in employment discrimination. The campaign was credited with raising the political and social consciousness of Baltimore’s African American community and with revitalizing the local NAACP chapter.

In 1935, Jackson became president of the Baltimore NAACP, a position she would hold for 35 years until her retirement in 1970. Under her leadership, the chapter grew to a membership of 17,600, making it one of the largest in the country. Jackson also served as president of the Maryland state conference of NAACP branches, and she organized chapters in communities across the state. In 1948, she was elected to the NAACP National Board of Directors. In 1958, Morgan State awarded her an honorary doctorate for her civil rights activism.

Jackson achieved numerous accomplishments as a civil rights activist. She led boycotts against segregation in movie theatres and other businesses, and she organized classes to prepare blacks for civil service examinations. Jackson also raised funds for legal challenges to discriminatory laws and policies, and her efforts helped to desegregate the University of Maryland School of Law as well as secure the passage of fair employment and public accommodations laws in Baltimore.

Jackson died of a heart attack on July 5, 1975, at the age of 86. Shortly before her death, she willed her home to her daughter to turn it into a civil rights museum. In 1978, the Lillie Carroll Jackson Museum opened as the first privately owned museum in the city in honor of a black woman and became later managed by Morgan State University. Jackson was inducted posthumously into the Maryland Hall of Fame in 1986 and was named “Marylander of the Century” by the Baltimore Sun in 1999. In 2015, the Lillie May Carroll Jackson Charter School opened to serve 5-8 grade girls.