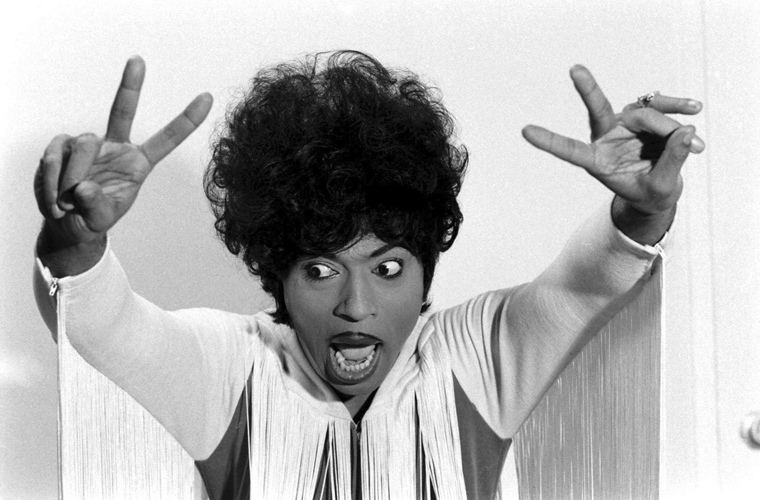 Born into a family of 12 children, Penniman learned gospel music in Pentecostal churches of the Deep South. As a teenager, he left home to perform rhythm and blues in medicine shows and nightclubs, where he took the name “Little Richard,” achieving notoriety for high-energy onstage antics. His first recordings in the early 1950s, produced in the soothing jump-blues style of Roy Brown, showed none of the soaring vocal reaches that would mark his later singing. His breakthrough came in September 1955 at a recording session at J & M Studio in New Orleans, Louisiana, where Little Richard, backed by a solid rhythm-and-blues band, howled “Tutti Frutti,” with its unforgettable exhortation, “A wop bop a loo bop, a lop bam boom!” In the year and a half that followed, he released a string of songs on Specialty Records that sold well among both black and white audiences: “Rip It Up,” “Long Tall Sally,” “Ready Teddy,” “Good Golly, Miss Molly,” and “Send Me Some Lovin’,” among others. Blessed with a phenomenal voice able to generate croons, wails, and screams unprecedented in popular music, Little Richard scored hits that combined childishly amusing lyrics with sexually suggestive undertones. Along with Elvis Presley’s records for the Sun label in the mid-1950s, Little Richard’s sessions from the same period offer models of singing and musicianship that have inspired rock musicians ever since.

As his success grew, Little Richard appeared in some of the earliest rock-and-roll movies: Don’t Knock the Rock and The Girl Can’t Help It (both 1956) and Mr. Rock and Roll (1957). In the latter, he stands at the piano belting out songs with a dark intensity that, in the bland Eisenhower years, seemed excessive, an impression amplified by his bizarre six-inch pompadour, eyeliner, and pancake makeup. At the very peak of his fame, however, he concluded that rock and roll was the Devil’s work; he abandoned the music business, enrolled in Bible college, and became a traveling Evangelical preacher. When the Beatles skyrocketed onto the music scene in 1964, they sang several of his classic songs and openly acknowledged their debt to their great forebear. This renewed attention inspired Little Richard to return to the stage and the recording studio for another shot at stardom. Although a new song, “Bama Lama Bama Loo” (1964), invoked the fun and vitality of his heyday, record-buying youngsters were not impressed. A major recording contract in the early 1970s produced three albums for Reprise Records—The Rill Thing, King of Rock ’n’ Roll, and Second Coming—collections that showed Little Richard in fine voice but somewhat out of his element in the hard rock styles of the period.

In the late 1990s, Little Richard continued to appear at concerts and festivals, performing songs that had become cherished international standards. He remained a frequent guest on television talk shows and children’s programs, but his madcap mannerisms, so threatening to parents in the 1950s, had come to seem amusingly safe. Having weathered a career marked by extraordinary changes in direction, Little Richard survived not only as the self-proclaimed “architect of rock and roll” but also as a living treasure of 20th-century American culture.