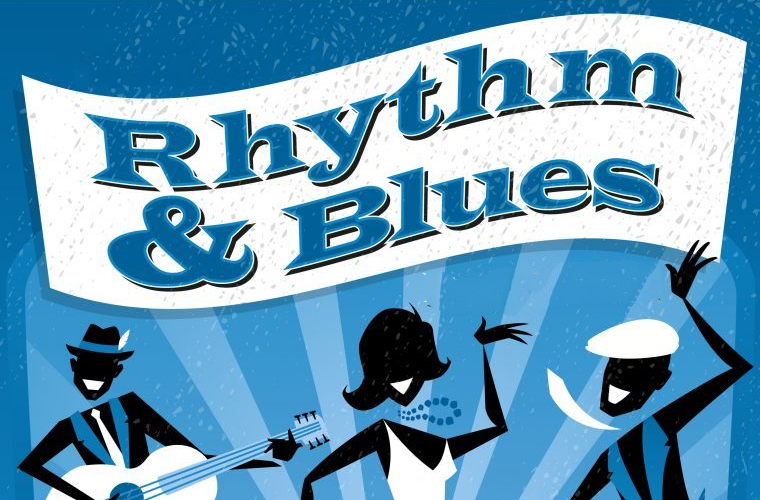 Rhythm and blues, also called rhythm & blues or R&B, is a term used for several types of postwar African-American popular music, as well as for some white rock music derived from it. The term was coined by Jerry Wexler in 1947, when he was editing the charts at the trade journal Billboard and found that the record companies issuing black popular music considered the chart names then in use (Harlem Hit Parade, Sepia, Race) to be demeaning. The magazine changed the chart’s name in its June 17, 1949, issue, having used the term rhythm and blues in news articles for the previous two years. Although the records that appeared on Billboard’s rhythm-and-blues chart thereafter were in a variety of different styles, the term was used to encompass a number of contemporary forms that emerged at that time.

Perhaps the most commonly understood meaning of the term is as a description of the sophisticated urban music that had been developing since the 1930s when Louis Jordan’s small combo started making blues-based records with humorous lyrics and upbeat rhythms that owed as much to boogie-woogie as to classic blues forms. This music, sometimes called jump blues, set a pattern that became the dominant black popular music form during and for some time after World War II. Among its leading practitioners were Jordan, Amos Milburn, Roy Milton, Jimmy Liggins, Joe Liggins, Floyd Dixon, Wynonie Harris, Big Joe Turner, and Charles Brown. While many of the numbers in these performers’ repertoires were in the classic 12-bar A-A-B blues form, others were straight pop songs, instrumentals that were close to light jazz, or pseudo-Latin compositions.

Within this genre, there were large-group and small-group rhythm and blues. The former was practiced by singers whose main experience was with big bands and who were usually hired employees of bandleaders such as Lucky Millinder (for whose band Harris sang) or Count Basie (whose vocalists included Turner and Jimmy Witherspoon). The small groups usually consisted of five to seven pieces and counted on individual musicians to take turns in the limelight. Thus, for instance, in Milton’s group, Milton played drums and sang, Camille Howard played piano and sang, and the alto and tenor saxophonists (Milton went through several of them) each would be featured at least once.

Another hallmark of small-group rhythm and blues was the relegation of the guitar, if indeed there was one, to a time-keeping status, because guitar soloing was considered “country” and unsophisticated. The most extreme example of this was Brown, both in his early work with Johnny Moore’s Three Blazers and in his subsequent work as a bandleader; in both cases, the band consisted of piano, bass, and guitar, but solos almost totally handled by Brown on the piano.

Early rhythm and blues were recorded largely in Los Angeles by small independent record labels such as Modern, RPM, and Specialty. The founding of Atlantic Records in 1947 by Ahmet Ertegun, a jazz fan and the son of a Turkish diplomat, and Herb Abramson, a music industry professional, shifted the industry’s center to New York City. In 1953 they brought in Wexler as a partner, and he and Ertegun were instrumental in moving rhythm and blues forward. Atlantic hired jazz musicians as studio players and, owing to its engineer, Tom Dowd, paid particular attention to the sound quality of their recordings.

It introduced some of the top female names in rhythm and blues—most notably Ruth Brown and LaVern Baker—and signed Ray Charles, who had been imitating Charles Brown, and helped him find a new direction, which eventually would evolve into the soul. Wexler and Ertegun worked closely with Clyde McPhatter (both in and out of his group the Drifters) and Chuck Willis, both of whom were important figures in early 1950s rhythm and blues. King Records in Cincinnati, Ohio, the Chess and Vee-Jay labels in Chicago, and Duke/Peacock Records in Houston, Texas, also played pivotal roles in the spread of rhythm and blues, as did Sun Records in Memphis, Tennessee—before Sam Phillips turned his attention to Elvis Presley and rockabilly music—and J&M Studio in New Orleans, Louisiana, where a number of the most important records released on the Los Angeles-based labels were recorded.

By the mid-decade rhythm and blues had come to mean black popular music that was not overtly aimed at teenagers, since the music that was becoming known as rock and roll sometimes featured lyrics that concerned first love and parent-child conflict, as well as a less subtle approach to rhythm. Many doo-wop vocal groups, therefore, were considered rock-and-roll acts, as were performers such as Little Richard and Hank Ballard and the Midnighters. Because the distinction between rock and roll and rhythm and blues was not based on any hard-and-fast rules, most performers issued records that fit into both categories.

Moreover, some vocalists who were later considered jazz performers—in particular, Dinah Washington—also appeared on the rhythm-and-blues charts, and a steady stream of saxophone-led instrumentals firmly in the rhythm-and-blues tradition continued to be produced by performers such as Joe Houston, Chuck Higgins, and Sam (“The Man”) Taylor but were considered rock and roll and were often used as theme music by disc jockeys on rock-and-roll radio.

The division based on the age of the intended audience for black popular music also meant that, by the mid-1950s, much of the guitar-led electric blues music coming from Chicago and Memphis was now considered rhythm and blues, since it appealed to older buyers. Thus, although they had little to nothing in common with the earlier generation of band-backed blues shouters, performers such as Muddy Waters, Howlin’ Wolf, and B.B. King (who, because he used a horn section when he could, was perhaps more like the older generation than the Chicago bluesmen) became regarded as rhythm-and-blues performers.

One important figure in this transition was Ike Turner, a piano player turned guitarist from Mississippi who worked as a talent scout for several labels and fronted a band called the Kings of Rhythm, which backed many of his discoveries on records. When Turner married the former Anna Mae Bullock and rechristened her Tina Turner, the Ike, and Tina Turner Revue became a significant force in the modernization of rhythm and blues, dispensing with the horn section but including a trio of female backing singers who were modeled on Ray Charles’s Raelettes.

By 1960 rhythm and blues was, if not a spent force, at least aging with its audience. Performers such as Washington, Charles, and Ruth Brown were appearing more in nightclubs than in the multi-performer revues in which they had made their names. Although younger performers such as Jackie Wilson and Sam Cooke clearly owed a debt to the previous generation of rhythm-and-blues performers, they were more transitional figures who were, like Charles, establishing the new genre of soul. Significantly, in the August 23, 1969, issue of Billboard, the black pop chart’s name was changed again, to the soul. Although soul then became the preferred term for black popular music, in some quarters rhythm and blues continued to be used to refer to nearly every genre of post-World War II black music.

The term rhythm and blues, however, attained a new meaning thanks to the British bands that followed in the wake of the Beatles. Most of these groups, notably the Rolling Stones, played a mixture of Chicago blues and black rock and roll and described their music as rhythm and blues. Thus, the Who, although a quintessential mod rock band, advertised their early performances as “Maximum R&B” to attract an audience. Although bands that followed this generation—John Mayall’s Bluesbreakers and Fleetwood Mac, for example—called themselves blues bands, rhythm and blues remained the rubric for the Animals, Them, the Pretty Things, and others. Today a band that advertises itself as rhythm and blues is almost certainly following in this tradition rather than that of the early pioneers.