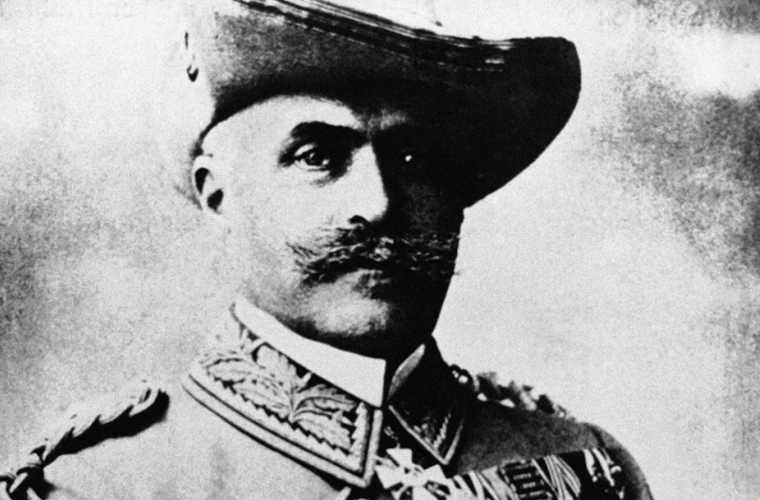 The scorched earth campaign conducted by Germany against the Herero people in South West Africa (now known as Namibia) is considered among the first genocides in the twentieth century. By the start of the twentieth century, the Herero people, among the original inhabitants of Namibia, found themselves steadily being pushed off their land by German settlers. The uprising against the Germans by Samuel Maharero was initially successful to such an extent that the colonial Germans urgently requested reinforcements in order to defeat the Herero, lest they totally undermine German control of Namibia.

It was under these circumstances that Lieutenant-General Lothar von Trotha was deployed to Namibia to command the German forces there. Adrian Dietrich Lothar von Trotha was born in Magerburgon 3 July 1848. As the son of an aristocratic Prussian officer, he was groomed to excel at war. Von Trotha first rose to prominence in 1886, when he distinguished himself during the Seven Weeks War against Austria. In 1894, he was assigned to Tanzania, then known as German East Africa, where he served as commander of the Schutztruppe (colonial protection force). During his time there, he also served as governor and was instrumental in the suppression of the revolt of the Wahehe people in 1896. On attaining the rank of major general, von Trotha was sent to China to command the 1st East Asiatic Infantry Brigade. It was in this position that he helped suppress the Boxer rebellion of 1900.

On 11 June 1904, von Trotha arrived in Swakopmund to take charge of the German forces there. He then proceeded to exterminate and subjugate the Herero tribes with brutal efficiency. This included poisoning water holes, shooting survivors on sight and confining the Herero that had managed to elude the German forces to desert regions of Namibia, where many succumbed to starvation and disease. While his approach to breaking the spirit of the Herero was successful, the manner by which he did it would become known as among the most infamous actions by a colonial government against its colonial subjects.