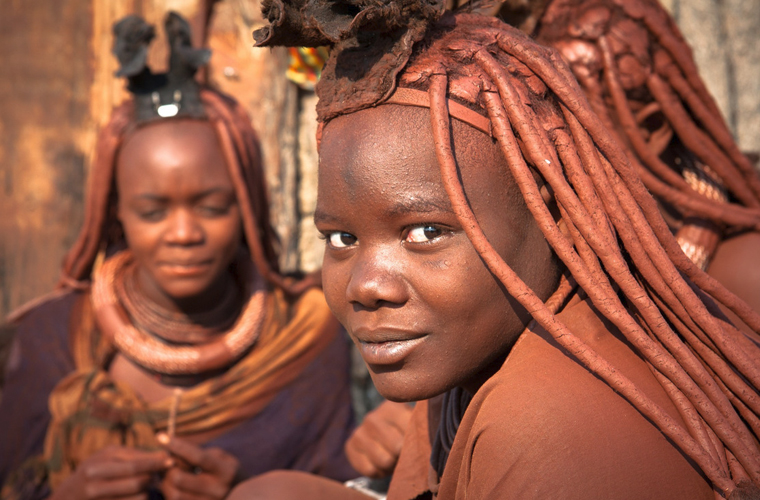 Herero, a group of closely related Bantu-speaking peoples of southwestern Africa. The Herero proper and a segment known as the Mbanderu inhabit parts of central Namibia and Botswana; other related groups, such as the Himba, inhabit the Kaokoveld area of Namibia and parts of southern Angola.

The Herero formerly subsisted mainly on the milk and meat of large herds of cattle, sheep, and goats, which grazed the tree-studded grassland; following European contact in the mid-19th century, several groups adopted horticulture as well. They were originally divided into autonomous political units under local headmen. Local residential groups were formed around extended families based on patrilineal descent; matrilineal kinsmen, however, were also frequently attached. The Herero’s clan organization, in which each person belonged to an exogamous patrilineal clan and to an exogamous matrilineal clan, is unusual. The preferred mate for a man is a girl of his father’s matrilineal clan; polygyny is common. Priestly offices of the patrilineal clan and the chieftainship descend through the male line, whereas livestock is inherited in both lines. Their traditional religion is a form of ancestor worship, but many Herero has adopted Christianity.