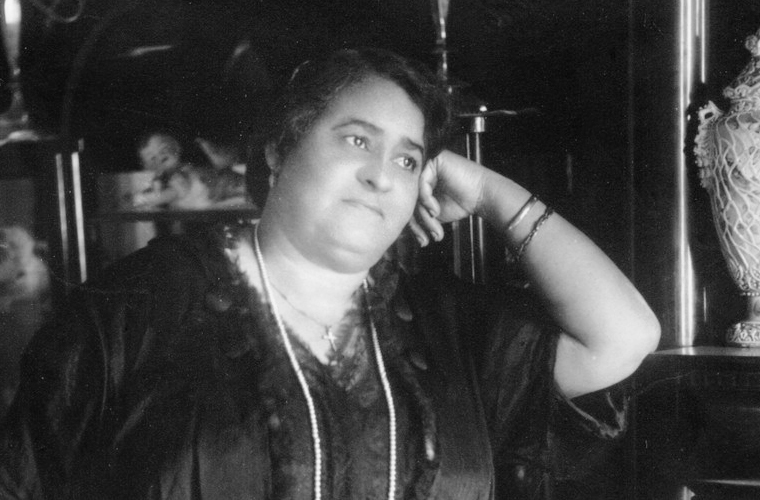 Maggie Lena Mitchell was born in Richmond, Virginia on July 15, 1864. Walker’s mother, Elizabeth Draper, was an assistant cook and her father, Eccles Cuthbert, was an Irish-born newspaperman on the Van Lew estate. Her step-father, William Mitchell, was a butler on the estate. As a young girl, she was forced to take on a number of responsibilities after the tragic death of her father. Mitchell worked as a delivery woman and babysitter while attending segregated public schools in Richmond. Nonetheless, Mitchell graduated at the very top of her class in 1883. She then taught grade school for three years at the Lancaster School, and at the same time, she took classes in accounting and business.

In 1886, Maggie Lena Mitchell married Armistead Walker, Jr., a wealthy black contractor and member of her church. They had two sons, Russell and Melvin.

Mrs. Walker became an important community organizer for the Independent Order of St. Luke, a fraternal burial society that provided humanitarian services to the elderly. Walker started a newspaper for the St. Luke organization in 1902 called the St. Luke Herald. After the success of the newspaper, she started the St. Luke Penny Savings Bank and became the first woman in the United States to charter a bank. She was also the bank’s first president. During the Great Depression, two other banks in Richmond merged with St. Luke to become The Consolidated Bank and Trust Company, which continues to be the oldest black-owned and black-run bank in the United States.

In 1923, Walker received an honorary Master’s degree at Virginia Union University, a historically black university in Richmond.  By 1928, Walker’s health began to decline and she was soon confined to a wheelchair because of paralysis. Nonetheless, she remained president of St. Luke’s Bank until her death on December 15, 1934.