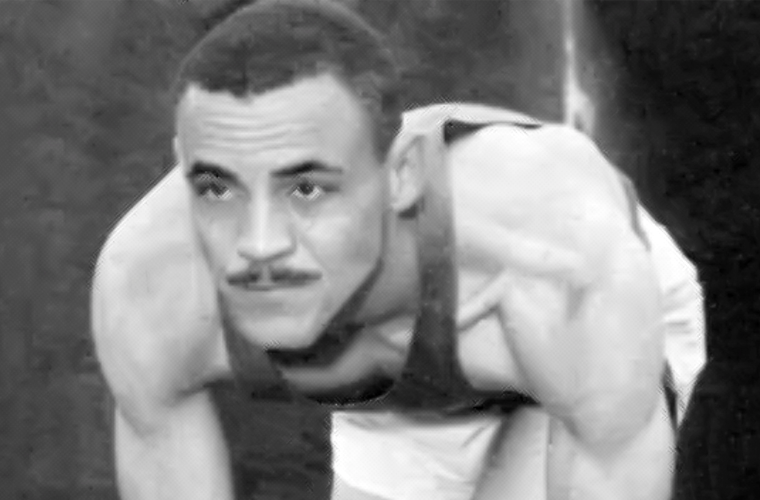 Mal Whitfield was one of the heroes of American track and field during the 1940s and 1950s, winning three gold medals, a silver, and a bronze in the 1948 and 1952 Olympic Games. His preferred discipline was the 800-meter race, the distance at which he dominated international athletics from 1946 to 1955, but he was also an outstanding 400-meter runner. Since retiring from the track, Whitfield has worked in Africa, training African athletes and becoming one of the sport’s most influential advocates. He has won many awards and has been inducted into the National Track and Field Hall of Fame, the Ohio State Sports Hall of Fame, the Olympic Hall of Fame, and the New York Sports Museum Hall of Fame.

Mal Whitfield was born Malvin Greston Whitfield on October 11, 1924, in Bay City, Texas. He moved with his family to Watts, Los Angeles while he was still a baby, and by the age of 12 both his father and mother had died. From then on he was raised by his sister Betty. He left Thomas Jefferson High School in 1943 to join the Army Air Force (the branch of the military that became the U.S. Air Force.) He attended Ohio State University before a tour of duty in Korea which included 27 combat missions as a rear gunner. Among his many achievements is to have become the first American serviceman on active duty to win an Olympic gold medal.

Whitfield established himself as one of the all-time great American athletes at the 1948 London Olympics. Running swiftly on a sodden Olympic track, Whitfield took the lead in the closing 100 meters of the 800-meter race to set a new Olympic record of 1:49.2 minutes and win a gold medal. He followed up the victory with another gold medal as part of the USA’s 4 × 400-meter relay team and a bronze in the individual 400 m, picking up the nickname “Marvelous Mal” along the way. Commenting at the time he said “the Olympic medal alone will keep a winner warm for a lifetime. Winning the gold for my country as well as for myself was a thrill I shall never forget!”

After the 1948 Games, Whitfield went back to active service but was allowed to continue training. He won the National Collegiate Athletic Association (NCAA) title at 800 meters in 1948 and held the Amateur Athletic Union (AAU) title from 1949 to 1951. At the 1951 Pan American games in Buenos Aires, Argentina, he again won the 800-meter race, cementing his reputation as one of the finest runners of his generation at that distance. Yet Whitfield remained an Army Air Force serviceman and while serving in Korea he prepared for the 1952 Helsinki Olympics by training on the base’s airstrip in between bombing missions.

The Helsinki Games were to be his last, but he again won gold in the 800-meter race, equaling his 1948 Olympic record, and collected a silver medal as part of the 4 × 400-meter relay team. He set a world 880-yard record of 1:49.2 in 1950 and again in 1952 when he brought it down to 1:48.6. An indication of Whitfield’s stamina and ability came at a meet in Eskilstuna, Sweden, when he set a world record for the 1000 meter of 2:20.80 and then followed it up an hour later with a personal best of 4.62 in the 440 yards. In 1954 Whitfield became the first black athlete to win the James E. Sullivan Award as the outstanding American athlete of the year.

By the time he retired from competition in 1955 Whitfield had dominated the 800-meter distance for nine years, winning 66 of the 69 major middle-distance races in that time. But he had also been developing coaching skills, first in Japan as far back as the late 1940s, when he coached Japanese athletes in the run-up to the London Olympics, and later in Africa, where he was to develop a second career as a sports ambassador.

Whitfield received an honorable discharge from the military in 1952 and in 1955 took up his first post for the Department of State, as Sports Goodwill Ambassador for the Educational Exchange program. He toured Europe and the Middle East before returning to Los Angeles State University to complete his BS degree. Then after four years advising African countries such as Liberia and Nigeria he joined the United States Foreign Service, where he served for the following 34 years. Over the course of his career, he visited 132 countries advising and inspiring athletes and acting as a goodwill ambassador promoting international sports and Olympic ideals.

To further promote sports and continue the work he had done as a sports ambassador for the United States, Whitfield started a foundation in 1989. The Whitfield Foundation provides scholarships, equipment, and training for young athletes and is responsible for founding the Senior Citizens’ International Olympics. He also remained active in promoting and supporting athletes in Africa. Moreover, Whitfield donated one of his gold medals to be on display at the National Track Hall of Fame in 2002, so that “I could encourage young people by letting them see what a gold medal looks like” he said according to the New York Times.