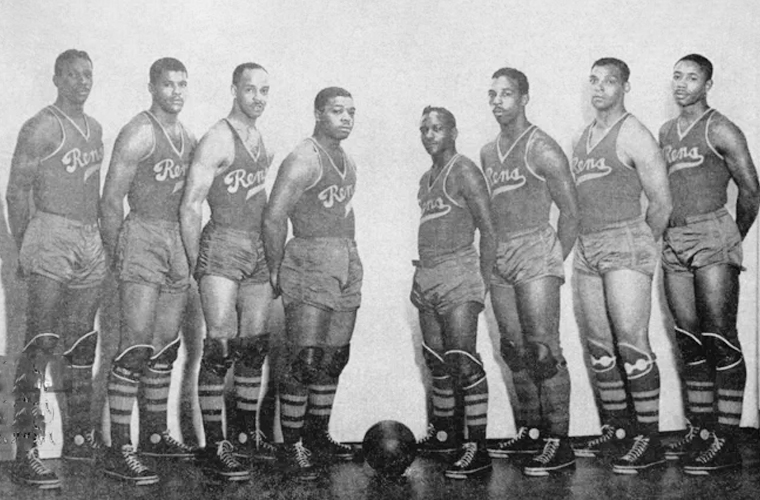 The New York Rens were the first all-black fully professional African-American-owned basketball team, formed in Harlem in 1923. That year, basketball manager Robert “Bob” Douglas made a deal with Harlem real estate developer William Roach, the owner of the new Renaissance Ballroom and Casino.

Douglas owned and managed an all-black basketball team called the Spartan Braves, which was a leading contender for the black national championship title. His basketball club had no home court. The Renaissance Ballroom, with its perfect location in the center of Harlem, its spacious floor, and its balcony seating that looked down from above, would be the ideal venue.

Douglas asked Roach if the Spartans could play their home games at his ballroom in return for changing the name of the team to the “New York Renaissance” in order to promote the dance hall far and wide. 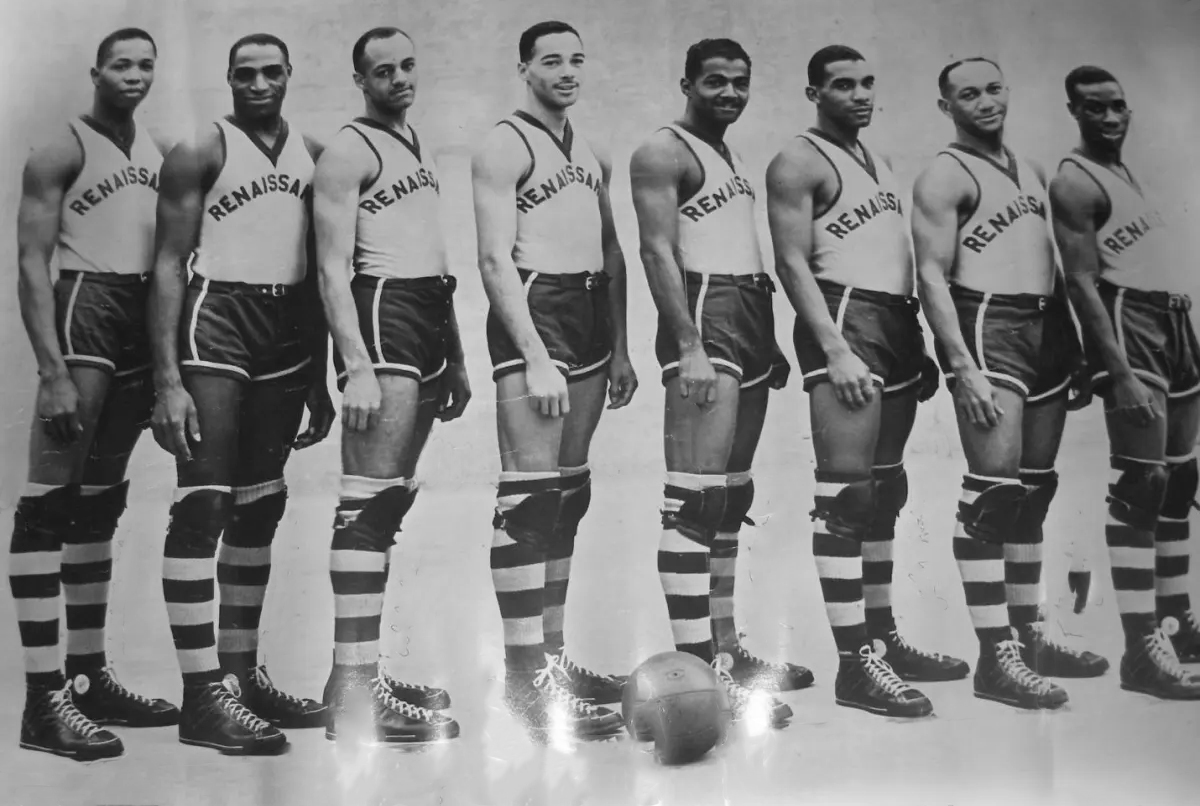 All four of these men also played professional baseball in the Negro Leagues. All four would also be enshrined collectively as part of the 1932-33 team that was inducted into the Naismith Basketball Hall of Fame as a unit in 1963.

By 1924-25 the “Rens” had won the first of many Colored Basketball World Championships and thereafter proceeded to dominate not just black basketball, but all of basketball for the next 25 years.

During that period, the Rens routinely beat white national champion basketball teams like the Original Celtics, the Philadelphia SPHAS, the Oshkosh All-Stars, and the Indianapolis Kautskys. The irony is that the leagues in which these teams played did not allow African American players or teams to join.

In 1939, the New York Rens won the inaugural World Championship of Professional Basketball, an invitation-only tourney with a field made up of America’s twelve best pro hoops teams. The title game saw the Rens defeating the Oshkosh All-Stars. Oshkosh had been the champion of the National Basketball League, a whites-only league.

Though the 1933 New York Rens were enshrined as a team, surprisingly only four Renaissance players have ever been enshrined individually: Zachary “Zack” Clayton (2017), John “Boy Wonder” Isaacs (2015), William “Pop” Gates (1989), and Charles “Tarzan” Cooper (1977). Gates and Cooper were both possibly the best centers in the game during their time. Isaacs, a fiery competitor, and floor leader, was like the glue for the team. Clayton was the “center of the defense.” In addition, Rens owner Robert “Bob” Douglas was inducted as a contributor in 1972.

There are several Rens players who deserve consideration for individual enshrinement in the Naismith Hall of Fame, including Clarence “Fats” Jenkins, Willie “Wee Willie” Smith, and Clarence “Puggy” Bell.

Bell and Clayton are enshrined in the New York City and Philadelphia Basketball Halls of Fame, respectively. Another player, William “Dolly” King, is enshrined in the Long Island University Sports Hall of Fame.