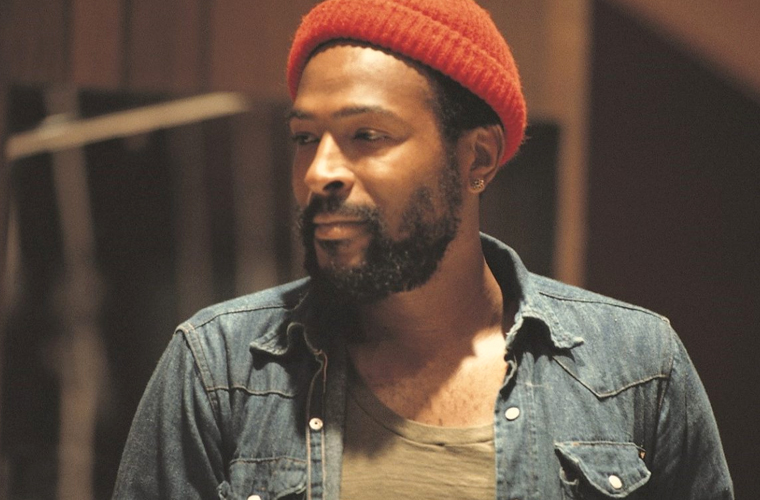 Marvin Gaye, byname of Marvin Pentz Gay, Jr., (born April 2, 1939, Washington, D.C., U.S.—died April 1, 1984, Los Angeles, California), American soul singer-songwriter-producer who, to a large extent, ushered in the era of artist-controlled popular music of the 1970s. Gaye’s father was a storefront preacher; his mother was a domestic worker. Gaye sang in his father’s Evangelical church in Washington, D.C., and became a member of a nationally known doo-wop group, the Moonglows, under the direction of Harvey Fuqua, one of the genre’s foremost maestros, who relocated the group to Chicago.

When doo-wop dissipated in the late 1950s, Gaye had already absorbed Fuqua’s lessons in close harmony. After disbanding the Moonglows, Fuqua took the 20-year-old Gaye to Detroit, Michigan, where Berry Gordy, Jr., was forming Motown Records.

Gaye, who also played drums and piano, bucked the Motown system and its emphasis on teen hits. He was set on being a crooner in the Nat King Cole–Frank Sinatra vein, but his first efforts in that style failed. His break came with “Stubborn Kinda Fellow” (1962), the first of a long string of hits in the Motown mold—main songs were written and produced by others, including “I’ll Be Doggone” (1965), by Smokey Robinson, and “I Heard It Through the Grapevine” (1968), by Norman Whitfield. Gaye also enjoyed a series of successful duets, most notably with Tammi Terrell (“Ain’t Nothing Like the Real Thing” 1968).

Blessed with an exceptionally wide range that encompassed three distinct vocal styles—a piercing falsetto, a smooth mid-range tenor, and a deep gospel growl—Gaye combined great technical prowess with rare musical individuality. Rebellious by nature, he turned the tables on Motown’s producer-driven hierarchy by becoming his own producer for What’s Going On (1971), the most significant work of his career. A suite of jazz-influenced songs on the nature of America’s political and social woes, this concept album—still a novel format at the time—painted a poignant landscape of America’s black urban neighborhoods.

Gaye also displayed dazzling virtuosity by overdubbing (building soundtrack by track onto a single tape) his own voice three or four times to provide his own rich harmony, a technique he would employ for the rest of his career. What’s Going On was a critical and commercial sensation in spite of the fact that Gordy, fearing its political content (and its stand against the Vietnam War), had argued against its release.

Other major artists—most importantly Stevie Wonder—followed Gaye’s lead and acted as producers of their own efforts. In 1972 Gaye wrote the soundtrack for the film Trouble Man, with lyrics that mirrored his own sense of insecurity. Let’s Get It On, released in 1973, displayed Gaye’s sensuous side. I Want You (1976) was another meditation on libidinous liberation. Here, My Dear (1979) brilliantly dealt with Gaye’s divorce from Gordy’s sister Anna (the first of the singer’s two tumultuous divorces).

Gaye’s growing addiction to cocaine exacerbated his psychological struggles. Deeply indebted to the Internal Revenue Service, he fled the country, living in exile in England and Belgium, where he wrote: “Sexual Healing” (1982), the song that signaled his comeback and led to his only Grammy Award.

Back in Los Angeles, his home from the 1970s, his essential conflict—between the sacred and secular—grew more intense. His 1983 “Sexual Healing” tour, his last, was marked by chaos and confusion. On April 1, 1984, during a family dispute, Gaye initiated a violent fight with his father, who shot him to death. Those close to the singer theorized that it was a death wish come true. For months before, he had toyed with suicide. Gaye, who cited his chief influences as Ray Charles, Clyde McPhatter, Rudy West (lead singer for the doo-wop group the Five Keys), and Little Willie John, was inducted into the Rock and Roll Hall of Fame in 1987.

As an artist who employed urban soul music to express social and personal concerns, as well as a singer of exquisite sensitivity and romantic grace, Gaye left a legacy that has widened since his demise, and his music has become a permanent fixture in American pop.