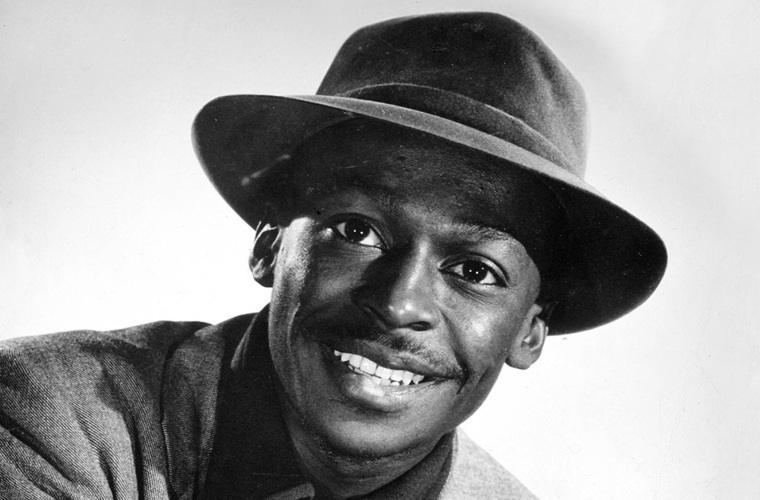 Miles Davis, in full Miles Dewey Davis III, (born May 26, 1926, Alton, Illinois, U.S.—died September 28, 1991, Santa Monica, California), American jazz musician, a great trumpeter who as a bandleader and composer was one of the major influences on the art from the late 1940s.

Davis grew up in East St. Louis, Illinois, where his father was a prosperous dental surgeon. (In later years he often spoke of his comfortable upbringing, sometimes to rebuke critics who assumed that background of poverty and suffering was common to all great jazz artists.) He began studying trumpet in his early teens; fortuitously, in light of his later stylistic development, his first teacher advised him to play without vibrato. Davis played with jazz bands in the St. Louis area before moving to New York City in 1944 to study at the Institute of Musical Art (now the Juilliard School)—although he skipped many classes and instead was schooled through jam sessions with masters such as Dizzy Gillespie and Charlie Parker. Davis and Parker recorded together often during the years 1945–48. Davis’s early playing was sometimes tentative and not always fully in tune, but his unique, intimate tone and his fertile musical imagination outweighed his technical shortcomings.

By the early 1950s, Davis had turned his limitations into considerable assets. Rather than emulate the busy, wailing style of such bebop pioneers as Gillespie, Davis explored the trumpet’s middle register, experimenting with harmonies and rhythms and varying the phrasing of his improvisations. With the occasional exception of multi-note flurries, his melodic style was direct and unornamented, based on quarter notes, and rich with infections. The deliberation, pacing, and lyricism in his improvisations are striking. In the summer of 1948, Davis formed a nonet that included the renowned jazz artists Gerry Mulligan, J.J. Johnson, Kenny Clarke, and Lee Konitz, as well as players on French horn and tuba, instruments rarely heard in a jazz context. Mulligan, Gil Evans, and pianist John Lewis did most of the band’s arrangements, which juxtaposed the flexible, improvisatory nature of bebop with a thickly textured orchestral sound. The group was short-lived but during its brief history recorded a dozen tracks that were originally released as singles (1949–50).

These recordings changed the course of modern jazz and paved the way for the West Coast styles of the 1950s. The tracks were later collected in the album Birth of the Cool (1957). During the early 1950s, Davis struggled with a drug addiction that affected his playing, yet he still managed to record albums that rank among his best, including several with such jazz notables as Sonny Rollins, Milt Jackson, and Thelonious Monk. In 1954, having overcome the addiction, Davis embarked on a two-decade period during which he was considered the most innovative musician in jazz.

He formed classic small groups in the 1950s that featured saxophone legends John Coltrane and Cannonball Adderley, pianists Red Garland and Bill Evans, bassist Paul Chambers, and drummers “Philly” Joe Jones and Jimmy Cobb. Davis’s albums recorded during this era, including ’Round About Midnight (1956), Workin’ (1956), Steamin’ (1956), Relaxin’ (1956), and Milestones (1958), affected the work of numerous other artists. He capped this period of his career with Kind of Blue (1959), perhaps the most celebrated album in the history of jazz. A mellow, relaxed collection, the album includes the finest recorded examples of modal jazz, a style in which improvisations are based upon sparse chords and nonstandard scales rather than on complex, frequently changing chords. The modal style lends itself to solos that are focused on melody; this accessible quality ensured Kind of Blue’s popularity with jazz fans.

Released concurrently with the small-group recordings, Davis’s albums with pieces arranged and conducted by Gil Evans—Miles Ahead (1957), Porgy and Bess (1958), and Sketches of Spain (1960)—were also monuments of the genre. The Davis-Evans collaborations were marked by complex arrangements, a near-equal emphasis on orchestra and soloist, and some of Davis’s most soulful and emotionally powerful playing. Davis and Evans occasionally collaborated in later years, but never again so memorably as on these three masterful albums.

The early 1960s were transitional, less-innovative years for Davis, although his music and his playing remained top-caliber. He began forming another soon-to-be-classic small group in late 1962 with bassist Ron Carter, pianist Herbie Hancock, and teenage drummer Tony Williams; tenor saxophonist Wayne Shorter joined the lineup in 1964. Davis’s new quintet was characterized by a light, free sound and a repertoire that extended from the blues to avant-garde and free jazz. Compared with the innovations of other modern jazz groups of the 1960s, the Davis quintet’s experimentations in polyrhythm and polytonality were more subtle but equally daring. Live at the Plugged Nickel (1965), E.S.P. (1965), Miles Smiles (1966), and Nefertiti (1967) were among the quintet’s timeless, influential recordings. About the time of Miles in the Sky and Filles de Kilimanjaro (both 1968), Davis began experimenting with electronic instruments. With other musicians, including keyboardists Chick Corea and Joe Zawinul and guitarist John McLaughlin, Davis cut In a Silent Way (1969), regarded as the seminal album of the jazz fusion movement. It was considered by purists to be Davis’s last true jazz album.

Davis won new fans and alienated old ones with the release of Bitches Brew (1969), an album on which he fully embraced the rhythms, electronic instrumentation, and studio effects of rock music. A cacophonous kaleidoscope of layered sounds, rhythms, and textures, the album’s influence was heard in such 1970s fusion groups as Weather Report and Chick Corea’s Return to Forever. Davis continued in this style for a few years, with the album Live-Evil (1970) and the film soundtrack A Tribute to Jack Johnson (1970) being particular highlights.

Davis was injured in an auto accident in 1972, curtailing his activities, then retired from 1975 through 1980. When he returned to public notice with The Man with the Horn (1981), critics felt that Davis’s erratic playing showed the effects of his five-year layoff, but he steadily regained his powers during the next few years. He dabbled in a variety of musical styles throughout the 1980s, concentrating mostly on jazz-rock dance music, but there were also notable experiments in other styles, such as a return to his blues roots (Star People, 1982) and a set of Gil Evans-influenced orchestral numbers (Music from Siesta, 1987). Davis won several Grammy Awards during this period for such albums as We Want Miles (1982), Tutu (1986), and Aura (1989). One of the most memorable events of Davis’s later years occurred at the Montreux Jazz Festival in 1991 when he joined an orchestra conducted by Quincy Jones to perform some of the classic Gil Evans arrangements of the late 1950s. Davis died less than three months later. His final album, Doo-Bop (1992), was released posthumously.

Although critics dismissed much of the music Davis released after Bitches Brew, his excursions helped keep jazz popular with mainstream audiences. In later years he ignored the critics, and he defied convention by wandering around the stage, often playing with his back to the audience. In his much-praised and revealing autobiography, Miles (1989; with Quincy Troupe), he wrote frankly of his hedonistic past and of the racism he saw in the music industry. Along with Louis Armstrong, Duke Ellington, and Charlie Parker, Davis is regarded as one of the four most important and influential musicians in jazz history, as well as the music’s most eclectic practitioner.