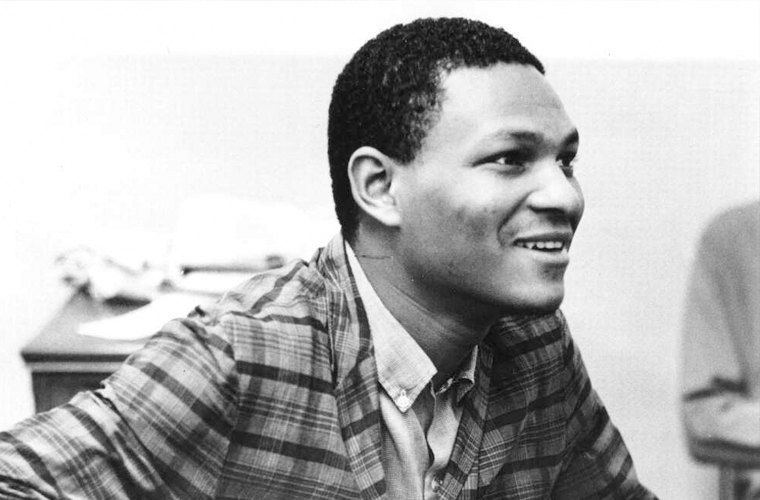 After high school, Tyner toured with Bennie Golson and Art Farmer, and can be heard on their hit record, Killer Joe and the album Meet The Jazztet. In 1960, he became a part of John Coltrane’s legendary quartet which included Elvin Jones and Jimmy Garrison. Later, the group included Eric Dolphy, Pharoah Sanders, and others exploring themes of spirituality and African identity. Tyner can be heard on Africa Brass, A Love Supreme, My Favorite Things, and Kulu Se’ Mama. He also recorded as a leader on Impulse! Records’ Inception, Night of Ballads, Blues, Live at Newport, and several others.

Leaving Coltrane in 1965, Tyner played with a who’s who of jazz greats including Joe Henderson, Freddie Hubbard, Gary Bartz, Ron Carter, Billy Cobham, Roy Haynes, Stanley Clarke, Sonny Rollins, and many others. He can be heard on a number of albums, including The Real McCoy, 1967, Asante, 1970, Sahara, 1972, Trident, 1975, The Greeting, 1978, Inner Voices, 1990, and Infinity, 1995, displaying his variety and flexibility as a jazz musician. An innovator, Tyner performed with strings on 1976’s Fly With The Wind and with a big band on The Turning Point, 1991. With over eighty albums to his credit and five Grammy Awards, Tyner was nominated at the 45th Grammy Awards for Best Instrumental Jazz Recording for McCoy Tyner Plays John Coltrane: Live at the Village Vanguard, and in 2004, Tyner’s Illuminations won a Grammy for Best Jazz Album, Individual or Group. Like John Coltrane, Tyner strives to elevate his listeners’ consciousness.

Tyner’s energetic style embraces African, Latin, Eastern, and bebop rhythms, which he plays in bright clusters. His block chords, pentatonic scales, and modal structures have earned him international recognition among the top jazz pianists of all time. Tyner is the recipient of numerous honors including the National Endowment of the Arts Jazz Master Award in 2002 and the 2003 Heroes Award from the Philadelphia Chapter of the Recording Academy. In 2005, Tyner received an honorary doctorate of music from Berklee College in Boston, Massachusetts.