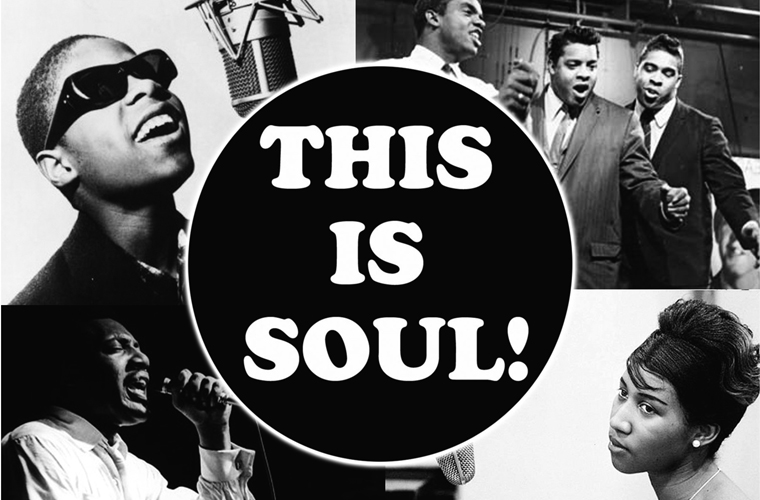 Soul music, a term adopted to describe black popular music in the United States as it evolved from the 1950s to the ’60s and ’70s. Some view soul as merely a new term for rhythm and blues. In fact, a new generation of artists profoundly reinterpreted the sounds of the rhythm-and-blues pioneers of the 1950s—Chuck Berry, Little Richard, Bo Diddley, Sam Cooke, and Ray Charles—whose music found popularity among whites and was transformed into what became known as rock and roll.

If rock and roll, represented by performers such as Elvis Presley, can be seen as a white reading of rhythm and blues, soul is a return to black music’s roots—gospel and blues. The style is marked by searing vocal intensity, use of church-rooted call-and-response, and extravagant melisma. If in the 1950s Charles was the first to secularize pure gospel songs, that transformation realized its full flowering in the work of Aretha Franklin, the “Queen of Soul,” who, after six years of notable work on Columbia Records, began her glorious reign in 1967 with her first hits for Atlantic Records—“I Never Loved a Man (the Way I Love You)” and “Respect.” Before Franklin, though, soul music had exploded largely through the work of Southern artists such as James Brown and Southern-oriented labels such as Stax/Volt.

The Motown sound, which came of age in the 1960s, must also be considered soul music. In addition to its lighter, more pop-oriented artists such as the Supremes, the Motown label produced artists with genuine gospel grit—the Contours (“Do You Love Me” [1962]), Marvin Gaye (“Can I Get a Witness” 1963), and Stevie Wonder (“Uptight [Everything’s Alright]” [1966]). But Motown packaged its acts as clean-cut and acceptable, as it sought to sell to white teens. As the civil rights movement gained steam, black artists grew more politically aware. Rooted in personal expression, their music resonates with self-assertion, culminating in Brown’s “Say It Loud—I’m Black and I’m Proud (Part 1)” (1968).

In Memphis, Tennessee, Stax/Volt Records was built on an unshakable foundation of straight-up soul. Singers such as Otis Redding, Sam, and Dave, and Isaac Hayes screamed, shouted, begged, stomped, and cried, harkening back to the blues shouters of the Deep South. Atlantic’s Jerry Wexler, who had participated in the earliest phase of soul music with his productions for Solomon Burke (“Just Out of Reach” [1961]), began recording Franklin as well as Wilson Pickett, one of soul’s premier vocalists, in Fame Studios in Florence, Alabama, where the arrangements were largely spontaneous and surprisingly sparse—strong horn lines supported by a rhythm section focused on boiling funk.

Other artists and producers followed Wexler’s lead. Etta James, with her earthshaking delivery and take-no-prisoners approach, traveled to Muscle Shoals, Alabama, to record “Tell Mama” (1967), one of the decade’s enduring soul anthems, written by singer and songwriter Clarence Carter. Percy Sledge’s super smooth “When a Man Loves a Woman” (1966), recorded in nearby Sheffield, became the first Southern soul song to reach number one on the pop charts.

Soul was not restricted to the South and Detroit, Michigan. Curtis Mayfield’s Impressions, prime movers of Chicago soul, added their own sense of social consciousness to the soul music movement, notably in “Keep On Pushing” (1964) and “People Get Ready” (1965). By the decade’s end even Motown, the most conservative of the soul labels, had begun to release issue-oriented records, especially with Norman Whitfield’s dynamic productions for the Temptations (“Cloud Nine” [1968]) and Edwin Starr (“War” [1970]). Soul also flowered in New Orleans, Louisiana, in the ultrafunky work of Art Neville’s group the Meters. Atlantic Records produced smoldering soul smashes in New York City—notably by Aretha Franklin and Donny Hathaway; Wonder and the Jackson 5 created some of the era’s great soul records in Los Angeles; and in Philadelphia, Kenny Gamble and Leon Huff virtually reinvented the genre with the O’Jays and Harold Melvin and the Blue Notes.

Soul became a permanent part of the grammar of American popular culture. Its underlying virtues—direct emotional delivery, ethnic pride, and respect for its own artistic sources—live on as dynamic and dramatic influences on musicians throughout the world. To varying degrees, the power and personality of the form were absorbed in disco, funk, and hip-hop, styles that owe their existence to soul.