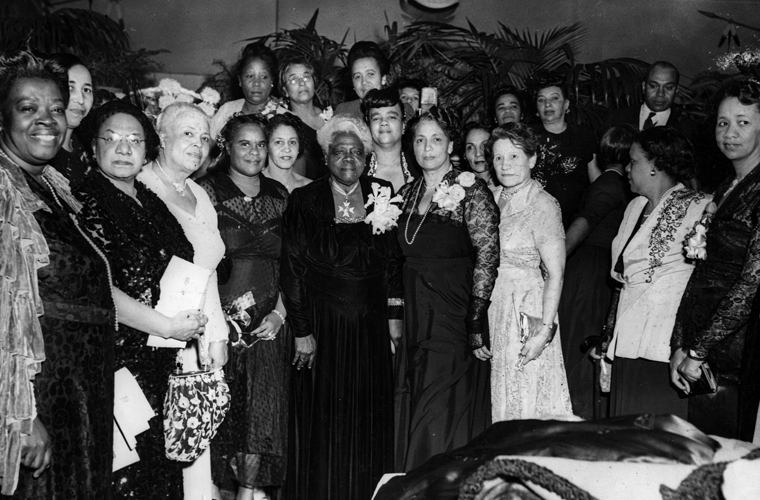 National Council of Negro Women (NCNW), an American umbrella organization, founded by Mary McLeod Bethune in New York City on December 5, 1935, whose mission is “to advance opportunities and the quality of life for African American women, their families, and communities.”

Disappointed with the lack of unity and cooperation between African American women’s groups, Bethune called upon their leaders to create a cohesive body that would express the concerns and beliefs of African American women in regard to national and international affairs. Fourteen organizations sent delegates to the founding meeting of the NCNW, and the organization has since grown to represent more than 35 national and 250 community affiliations; more than four million women are associated with the NCNW. The national headquarters were established in Washington, D.C., in 1942.

The NCNW struggled financially until receiving tax-exempt status in 1966, after which it received generous contributions from previously reluctant donors and expanded into a complex organization with activism at the local, national, and international levels. It has a grassroots approach, encouraging advocacy through its publication Women United (from 1940 to 1949 Aframerican Women’s Journal); annual Black Family Reunion Celebrations (since 1986), which present workshops and exhibits to celebrate and strengthen African American families; a biennial National Convention (formerly annual); and National Centers for African American Women. The latter include the Dorothy I. Height Leadership Institute, created to empower African American women in the workforce and in their communities; the Research, Public Policy, and Information Center, which provides information on issues affecting African American women; and others.