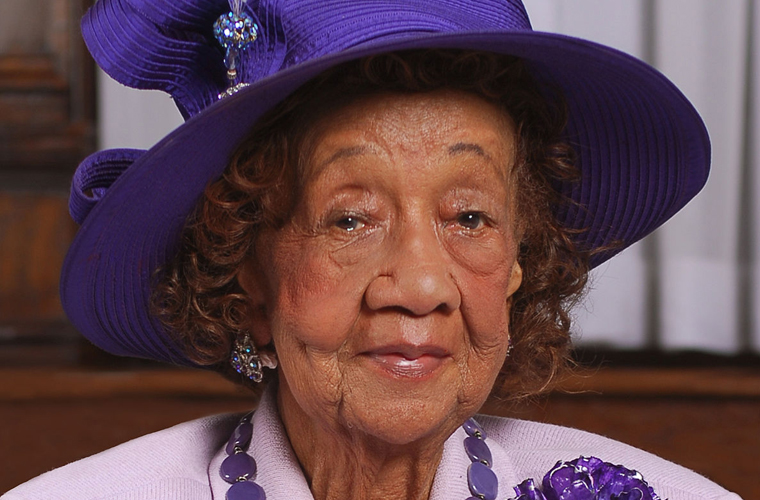 Dorothy Height was a civil rights and women’s rights activist focused primarily on improving the circumstances of and opportunities for African-American women. Born in Virginia in 1912, Dorothy Height was a leader in addressing the rights of both women and African Americans as the president of the National Council of Negro Women. In the 1990s, she drew young people into her cause in the war against drugs, illiteracy, and unemployment. The numerous honors bestowed upon her include the Presidential Medal of Freedom (1994) and the Congressional Gold Medal (2004). She died on April 20, 2010, in Washington, D.C.

Born on March 24, 1912, in Richmond, Virginia, African-American activist Dorothy Height spent her life fighting for civil rights and women’s rights. The daughter of a building contractor and a nurse, Height moved with her family to Rankin, Pennsylvania, in her youth. There, she attended racially integrated schools.

In high school, Height showed great talent as an orator. She also became socially and politically active, participating in anti-lynching campaigns. Height’s skills as a speaker took her all the way to a national oratory competition. Winning the event, she was awarded a college scholarship. Height had applied to and been accepted to Barnard College in New York, but as the start of school neared, the college changed its mind about her admittance, telling Height that they had already met their quota for black students. Undeterred, she applied to New York University, where she would earn two degrees: a bachelor’s degree in education in 1930 and a master’s degree in psychology in 1932.

After working for a time as a social worker, Height joined the staff of the Harlem YWCA in 1937. She had a life-changing encounter not long after starting work there. Height met the educator and founder of the National Council of Negro Women Mary McLeod Bethune when Bethune and U.S. first lady Eleanor Roosevelt came to visit her facility. Height soon volunteered with the NCNW and became close to McLeod.One of Height’s major accomplishments at the YWCA was directing the integration of all of its centers in 1946. She also established its Center for Racial Justice in 1965, which she ran until 1977. In 1957, Height became the president of the National Council of Negro Women. Through the center and the council, she became one of the leading figures of the Civil Rights Movement. Height worked with Martin Luther King Jr., A. Philip Randolph, Roy Wilkins, Whitney Young, John Lewis, and James Farmer—sometimes called the “Big Six” of the Civil Rights Movement—on different campaigns and initiatives.

In 1963, Height was one of the organizers of the famed March on Washington. She stood close to Martin Luther King Jr. when he delivered his “I Have a Dream” speech. Despite her skills as a speaker and a leader, Height was not invited to talk that day. Height later wrote that the March on Washington event had been an eye-opening experience for her. Her male counterparts “were happy to include women in the human family, but there was no question as to who headed the household,” she said, according to the Los Angeles Times. Height joined in the fight for women’s rights. In 1971, she helped found the National Women’s Political Caucus with Gloria Steinem, Betty Friedan, and Shirley Chisholm. While she retired from the YWCA in 1977, Height continued to run the NCNW for two more decades. One of her later projects was focused on strengthening the African-American family. In 1986, Height organized the first Black Family Reunion, a celebration of traditions and values which is still held annually.

Height received many honors for her contributions to society. In 1994, President Bill Clinton awarded her the Presidential Medal of Freedom. She stepped down from the presidency of the NCNW in the late 1990s but remained the organization’s chair of the board until her death in 2010. In 2002, Height turned her 90th birthday celebration into a fundraiser for the NCNW; Oprah Winfrey and Don King were among the celebrities who contributed to the event.

In 2004, President George W. Bush gave Height the Congressional Gold Medal. She later befriended the first African-American president of the United States, Barack Obama, who called her “the godmother of the Civil Rights Movement,” according to The New York Times. Height died in Washington, D.C., on April 20, 2010. Former First Lady and Secretary of State Hillary Clinton were among the many who mourned the passing of the famed champion for equality and justice. Clinton told the Washington Post that Height “understood that women’s rights and civil rights are indivisible. She stood up for the rights of women every chance she had.”On February 1, 2017, the United States Postal Service kicked off Black History month with the issuance of the Dorothy Height Forever stamp honoring her civil rights legacy.