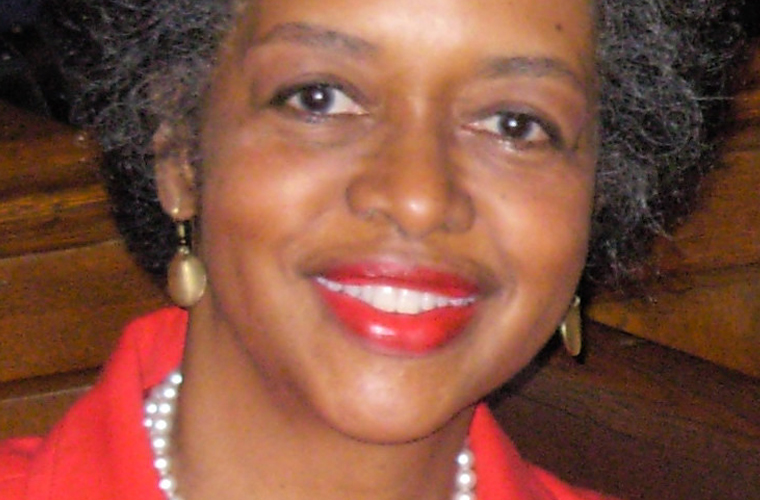 The night terrors started early in life. Nell Braxton Gibson remembers holding her mother’s hands and rushing through the streets, her father, weighed down by suitcases, leading the way. People scream and cry beside flatbed trucks loaded with furniture, everything they own. Fires rage as desperate men tries to douse the blazes with hoses. Black people, as far as the eye can see, moving in every direction. A strange black car — the kind with running boards along the side — at the edge of town. Climbing in and peeling away in a rush. For years, Gibson would wake up in the middle of the night, short of breath, sweating, panic-stricken after seeing these images flash by.

Gibson doesn’t remember how old she was when she started having this nightmare, but she recalls distinctly when insomnia gripped her, keeping her awake for hours. It was the last week of August 1955, when Emmett Till, a 14-year-old boy visiting family in Money, Miss., was taken from the home of his great-uncle and beaten to death for flirting with a white woman in town. Photos of Till’s battered face were later published in Jet magazine for the world to see. The woman’s husband and his half-brother were tried and acquitted of the murder, though they later confessed to the crime. Braxton was 13 at the time, just one year younger than Till, and living only 60 miles away.

“I thought that these guys were still on the run, and were hiding out,” Gibson says, sipping tea in her apartment on the Upper West Side of Manhattan, where she has lived for more than four decades. “And that they would get other children. And they were close enough to where we lived that they could actually be in our neighborhood.”

She stayed awake those first few nights listening to the nearby woods for footfall, peering into the dark for the shapes of two men, waiting for them to bust through the front door and snatch her from her bed. “That was a thing we lived with,” Gibson says. “At least those of us in Mississippi. (My childhood) was never the same after that murder; and after seeing those photographs.”

Sleeplessness plagued Gibson well into adulthood. Something often left unspoken about being black in the segregated South is the psychological trauma of living in constant terror. It wasn’t until she started writing about her experiences growing up in Jim Crow America, and her later work as a full-time activist — one who opened her home to South Africans in exile, and spent time working in the formerly segregated country, where she developed a close friendship with Bishop Desmond Tutu — that she was able to find some peace.

In her self-published book, “Too Proud to Bend: Journey of a Civil Rights Foot Soldier,” Gibson recounts the time she and her family were in a car accident in South Carolina, when her mother fell asleep at the wheel and steered into a ravine, rolling the car over. Her mother, pulled from the wreckage by her father, was covered in blood, her legs shattered. Moments later, a white family drove past. Kids in the backseat looked on and howled with pleasure at the sight.

She’ll never forget the looks on their faces. How could they hate us so much, she wondered.

“The feeling was anything could happen. One little incident, one little misstep, and this whole thing could get out of hand.”

After a long wait, an ambulance finally arrived and delivered her mother to the colored ward of the local hospital. “When they discharged her, they gave her no physical therapy or even crutches,” Braxton recalls.

She also writes of a friend, Howard, who was shot during a scuffle with a customer at his father’s store. The single ambulance that was used for blacks was already out on a call, and the hospital refused to send any of its remaining vehicles. Howard died as his family tried to rush him to the hospital in a car.

Gibson spent summers with family in New York, where she attended sleep-away camp upstate. She made friends with whites, even dated a white boy. She felt free there but knew that once back home in Mississippi she would have to suppress these feelings. In Mississippi, she could never be herself, nor the person she was becoming. She recalls telling her mother, “I’m not going to make it another year in Mississippi.”

When she enrolled in Spelman College in Atlanta, in 1961, the budding civil-rights movement held great sway. Sit-ins had been taking place throughout the South and Nellie B, as she was affectionately called, wanted in. She became involved with the Committee On Appeal for Human Rights, which included civil-rights leader Julian Bond. The group chose to target segregated Grady Hospital, where a black boy had recently been turned away and later died from his injuries. Gibson thought about how her friend Howard was left to die by a white hospital that refused to send an ambulance, and how her mother received such little care after her car accident.

She joined a picket line outside Grady. HEALTH IS TOO PRECIOUS TO BE JIM CROWED read one of the signs. The protesters then went inside and applied for medical cards but were denied — even as whites received theirs. After a few moments, a security guard with a billy club appeared, yelling, “All right, you niggers, I’ll give you to the count of 10 to get outta here!”

The students held firm; Gibson’s heart raced. When the count reached 10 the guard sheepishly turned away.

After weeks of sit-ins at the hospital, the group next turned their attention to the Georgia State Capitol, a building they were barred from entering or even picketing. On Feb.12, 1962, they marched toward the Capitol, where they encountered an angry mob of whites. “The feeling was, anything could happen,” she says. “You heard, ‘Nigger, get out of here, go back to Africa where you came from.’ One little incident, one little misstep, and this whole thing could get out of hand. There was a part of me, really and truly, that felt, if it comes to death, this is important enough to die for.”

Gibson was arrested for her actions that day. And not for the last time. Yet, despite all of her accomplishments in the movement and the insights it afforded her, it took decades for Gibson to understand the nightmare that tormented her childhood. It wasn’t until she was in her 30s when she finally told her mother of the turbulent images that haunted her sleep. Her mother was taken aback.

“You were only 14 months old at the time!” was her startled reply. “It was a race riot that we lived through, and were fleeing in this mass exodus of black people.”

Getting in the backseat of that strange car with her mother, while her father climbed in the front? “Yeah, all that is right,” her mom confirmed.

The melee, in Beaumont, Tex., was triggered when a white woman falsely claimed she was raped by a black man. Such incidents were commonplace then, and this one sent the white men into a frenzy, shooting their guns and setting the world ablaze. Gibson’s parents gathered all their belongings and fled. And even though she was only 14 months old, Gibson remembered it all.

The nightmare Nell Braxton Gibson experienced all her life was true. She lived through it. And that whole time it was trying to get out.