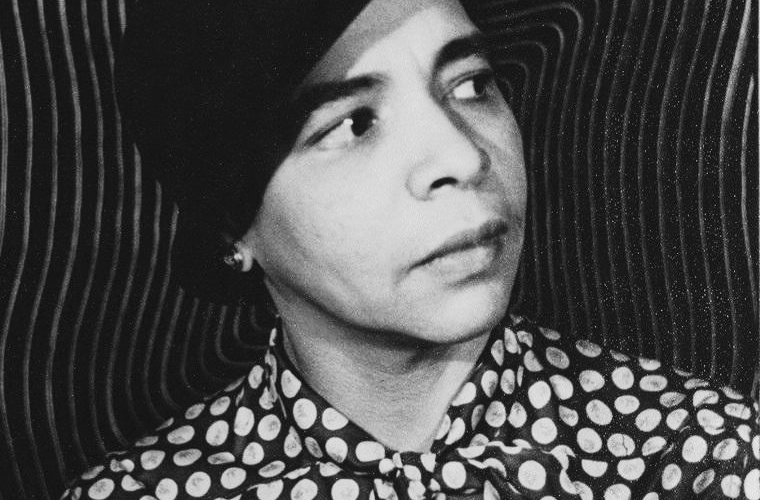 Nella Larsen, nurse, librarian, and, writer, was born Nella Marie Larsen in Chicago in 1891 to a Danish mother and a black West Indian father.  Knowing little about her father after his death when she was two years old, she was reared in the home with her mother, remarried to a Danish man, and her half-sister.  Larsen attended school in all white environments in Chicago until 1906-1907, when she moved to Nashville, Tennessee to attend high school at Fisk University’s Normal School.  This was her introduction to a predominantly black environment.

After completing the year at Fisk, Larsen journeyed to Denmark where she spent three years (1909-1912) with relatives and audited courses from the University of Copenhagen.  Returning to the United States, she entered a three-year course of study at Lincoln Hospital Training School for Nurses in New York City.  Larsen later practiced nursing from 1915 to 1921 at John A. Andrew Hospital and Nurse Training School in Alabama and the City Department of Health in New York. On May 3, 1919, Larsen married Dr. Elmer Samuel Imes, a black physicist who became the chairman of the Physics Department at Fisk University.

From 1922 to 1926, Larsen served as a librarian at the New York Public Library.  After resigning from this position, she began her literary career by writing her first novel, Quicksand (1928).  Meshing autobiography and fiction in order to explore the psychology of racial dualism and marginality on black middle-class women, Quicksand won Larsen the Harmon Foundation’s bronze medal (second prize) and secured her a position as an important literary figure of the Harlem Renaissance.

In her second novel, Passing (1929), Larsen suggests with the contrastive lives of two women that passing is as much a psychological state of mind as it is physical.  After the publication of this novel, in 1930 Larsen was awarded the first Guggenheim Fellowship to an African American woman.

Working on her third book in Spain, Larsen was distracted by a charge of plagiarism of her short story, “Sanctuary” (1930) and an accidental discovery of her husband’s infidelity.  Although she was cleared of the plagiarism charge, her marriage did not survive; she was divorced in Nashville, Tennessee in 1933.  Added to these complications in her life, the stock market crash of 1929 reduced the financial assistance available to support black artists.  Larsen never completed her third novel.

After her former husband’s death in 1941, the alimony payments ceased and Larsen returned to her nursing career, working at Bethel Hospital in Brooklyn until she died in 1964.