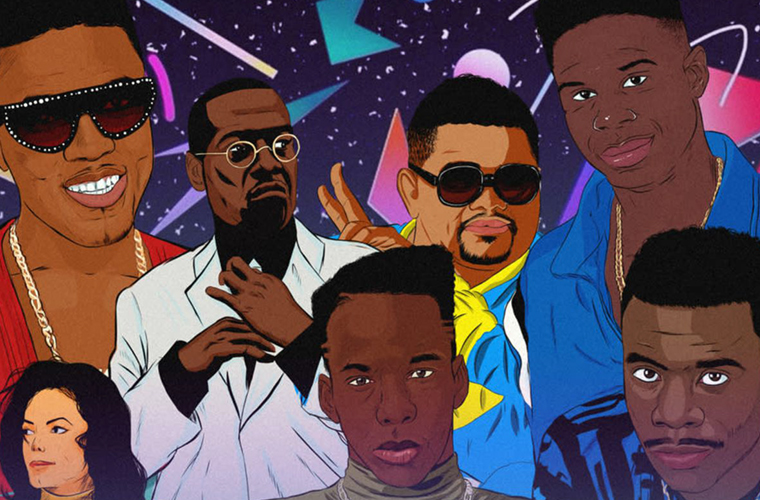 New jack swing (also known as swingbeat) was the most pop-oriented rhythm-and-blues music since 1960s Motown. Its performers were unabashed entertainers, free of artistic pretensions; its songwriters and producers were commercial professionals. Eschewing the fashion for sampling (using sounds and music from other recordings), the makers of the new jack swing discovered their rhythms on the newly available SP1200 and 808 drum machines (which had already been used by hip-hop producers).

They laid an insistent beat under light melody lines and clearly enunciated vocals. In contrast to the sex-and-drugs-and-guns messages of gangsta rap, this was music that the industry preferred to promote as the Sound of Young Black America.

The key producers were L.A., Babyface, and Teddy Riley, who crafted romantic songs for the dance floor. L.A. (Antonio Reid, whose nickname was derived from his allegiance to the Los Angeles Dodgers baseball team) and Babyface (youthful-looking Kenneth Edmonds) had been members of the Deele, a group based in Cincinnati, Ohio, before becoming writer-producers.

Their million-selling hits for Bobby Brown in 1988 (“Don’t Be Cruel” and “My Prerogative”) led to work with Paula Abdul, Whitney Houston, and Boyz II Men. In the early 1990s, the duo relocated to Atlanta, Georgia, where their LaFace label launched soul diva Toni Braxton and the female trio TLC. A native of New York City’s Harlem district and influenced by the Gap Band, Riley moved from performing with the band Guy to producing for Brown, Michael Jackson, and his own group, Blackstreet, material that was more directly sexual than that by L.A. and Babyface.