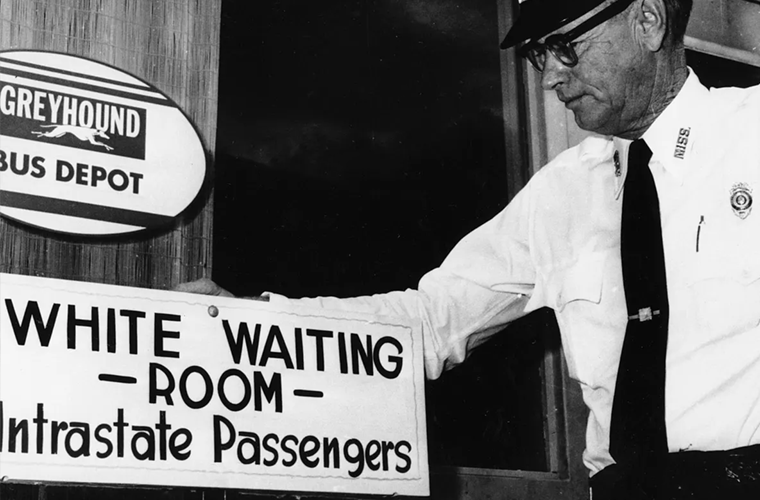 Segregation is the practice of requiring separate housing, education, and other services for people of color. Segregation was made law several times in 18th- and 19th-century America as some believed that Black and white people were incapable of coexisting.

In the lead-up to the liberation of enslaved people under the Thirteenth Amendment, abolitionists argued about what the fate of slaves should be once they were freed. One group argued for colonization, either by returning the formerly enslaved people to Africa or creating their own homeland. In 1862 President Abraham Lincoln recognized the ex-slave countries of Haiti and Liberia, hoping to open up channels for colonization, with Congress allocating $600,000 to help. While the colonization plan did not pan out, the country, instead, set forth on a path of legally mandated segregation.

The first steps toward official segregation came in the form of “Black Codes.” These were laws passed throughout the South starting around 1865, that dictated most aspects of Black peoples’ lives, including where they could work and live. The codes also ensured Black people’s availability for cheap labor after slavery was abolished.

Segregation soon became an official policy enforced by a series of Southern laws. Through so-called Jim Crow laws (named after a derogatory term for Blacks), legislators segregated everything from schools to residential areas to public parks to theaters to pools to cemeteries, asylums, jails, and residential homes. There were separate waiting rooms for white people and Black people in professional offices and, in 1915, Oklahoma became the first state to even segregate public phone booths.

Colleges were segregated and separate Black institutions like Howard University in Washington, D.C. and Fisk University in Nashville, Tennessee were created to compensate. Virginia’s Hampton Institute was established in 1869 as a school for Black youth, but with white instructors teaching skills to relegate Black people in service positions to whites.

The Supreme Court and Segregation
In 1875 the outgoing Republican-controlled House and Senate passed a civil rights bill outlawing discrimination in schools, churches, and public transportation. But the bill was barely enforced and was overturned by the Supreme Court in 1883.

In 1896, the Supreme Court ruled in Plessy v. Ferguson that segregation was constitutional. The ruling established the idea of “separate but equal.” The case involved a mixed-race man who was forced to sit in the Black-designated train car under Louisiana’s Separate Car Act.

Housing Segregation
As part of the segregation movement, some cities instituted zoning laws that prohibited Black families from moving into white-dominant blocks. In 1917, as part of Buchanan v. Warley, the Supreme Court found such zoning to be unconstitutional because it interfered with the property rights of owners.

Using loopholes in that ruling in the 1920s, Secretary of Commerce Herbert Hoover created a federal zoning committee to persuade local boards to pass rules preventing lower-income families from moving into middle-income neighborhoods, an effort that targeted Black families. Richmond, Virginia, decreed that people were barred from residency on any block where they could not legally marry the majority of residents. This invoked Virginia’s anti-mixed race marriage law and was not technically in violation of the Supreme Court decision.

As late as the 1940s, it was still possible to find “Whites Only” signs on businesses in the North. Segregated schools and neighborhoods existed, and even after World War II, Black activists reported hostile reactions when Black people attempted to move into white neighborhoods.

In some cities, previously integrated communities were torn down by the PWA and replaced by segregated projects. The reason given for the policy was that Black families would bring down property values.

Red-Lining
Starting in the 1930s, the Federal Home Loan Bank Board and the Home Owners’ Loan Corporation conspired to create maps with marked areas considered bad risks for mortgages in a practice known as “red-lining.” The areas marked in red as “hazardous” typically outlined Black neighborhoods. This kind of mapping concentrated poverty as (mostly Black) residents in red-lined neighborhoods had no access or only very expensive access to loans. The practice did not begin to end until the 1970s. Then, in 2008, a system of “reverse red-lining,” which extended credit on unfair terms with subprime loans, created a higher rate of foreclosure in Black neighborhoods during the housing crisis. 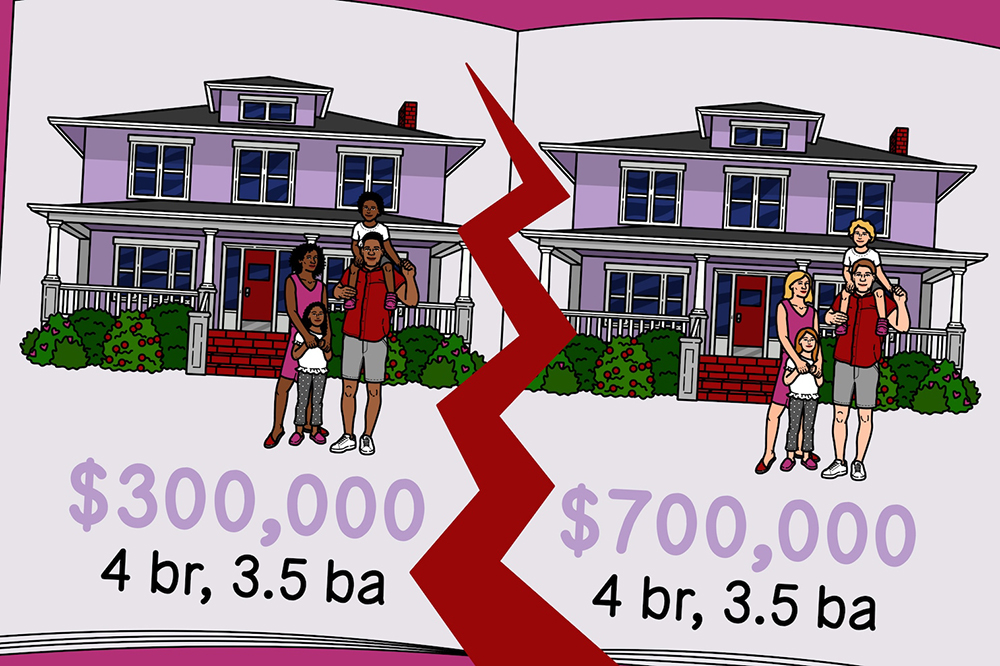 Housing Segregation
In 1948, the Supreme Court ruled that a Black family had the right to move into their newly-purchased home in a quiet neighborhood in St. Louis, despite a covenant dating back to 1911 that precluded the use of the property in the area by “any person not of the Caucasian race.” In Shelley v. Kramer, attorneys from the National Association for the Advancement of Colored People (NAACP), led by Thurgood Marshall, argued that allowing such white-only real estate covenants was not only morally wrong but strategically misguided in a time when the country was trying to promote a unified, anti-Soviet agenda under President Harry Truman. Civil rights activists saw the landmark case as an example of how to start to undo the trappings of segregation at the federal level.

But while the Supreme Court ruled that white-only covenants were not enforceable, the real estate playing field was hardly leveled. The Housing Act of 1949 was proposed by Truman to solve a housing shortage caused by soldiers returning from World War II. The act subsidized housing for whites only, even stipulating that Black families could not purchase the houses even on resale. The program effectively resulted in the government funding white flights from cities.

One of the most notorious of the white-only communities created by the Housing Act was Levittown, New York, built-in 1949 and followed by other Levittowns in different locations.

Segregation in Schools
Segregation of children in public schools was struck down by the Supreme Court as unconstitutional in 1954 with Brown v. Board of Education. The case was originally filed in Topeka, Kansas after seven-year-old Linda Brown was rejected from the all-white schools there.

A follow-up opinion handed decision-making to local courts, which allowed some districts to defy school desegregation. This led to a showdown in Little Rock, Arkansas, in 1957, when President Dwight D. Eisenhower deployed federal troops to ensure nine Black students entered high school after Arkansas Governor Orval Faubus had called in the National Guard to block them.

When Rosa Parks was arrested in 1955 after refusing to give up her bus seat to a white man in Montgomery, Alabama, the civil rights movement began in earnest. Through the efforts of organizers like Dr. Martin Luther King Jr. and the resulting protests, the Civil Rights Act was signed in 1964, outlawing discrimination, though desegregation was a slow process, especially in schools.

Boston Busing Crisis
One of the worst incidents of anti-integration happened in 1974. Violence broke out in Boston when, in order to solve the city’s school segregation problems, courts mandated a busing system that carried Black students from predominantly Roxbury to South Boston schools, and vice versa.

The state had passed the Elimination of Racial Balance law in 1965, but it had been held up in court by Irish Catholic opposition. Police protected the Black students as several days of violence broke out between police and Southie residents. White crowds greeted the buses with insults, and further violence erupted between Southie residents and retaliating Roxbury crowds. State troopers were called in until the violence subsided after a few weeks.

The term “apartheid schools” describes still-existing, largely segregated schools, where white students make up 0 to 10 percent of the student body. The phenomenon reflects residential segregation in cities and communities across the country, which is not created by overtly racial laws, but by local ordinances that target minorities disproportionately.