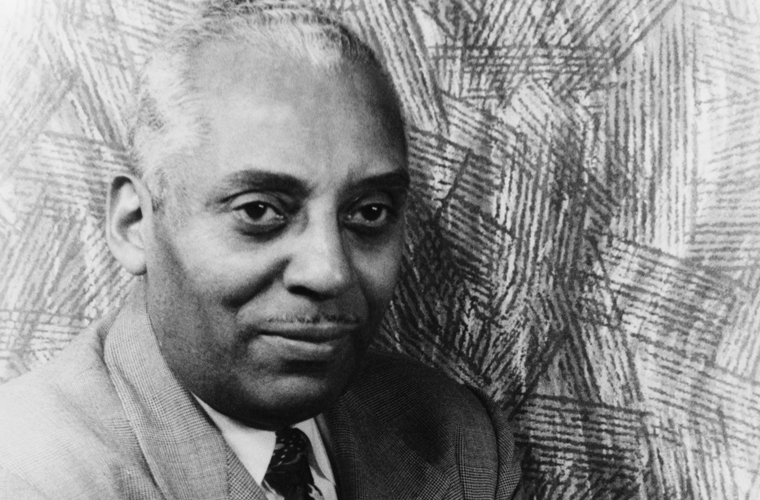 Noble Sissle was a pioneering jazz singer, bandleader, and composer known for his work on the musical Shuffle Along, among other productions. Born on July 10, 1889, in Indianapolis, Indiana, Noble Sissle went on to work with bandleader James Reese Europe before taking over his group in 1919. He also started a partnership with pianist/songwriter Eubie Blake that leads to the production of the hit musical Shuffle Along, featuring “I’m Just Wild About Harry.”  Sissle continued performing into the 1960s and worked in music publishing as well. Noble Sissle was born on July 10, 1889, in Indianapolis, Indiana. When Sissle was a child, he and his family moved to Cleveland, Ohio, where he attended Central High School and started to perform with a touring singing group. He attended DePauw University briefly before transferring to Butler University, and during his enrollment there became the bandleader of an African-American orchestra at the Severin Hotel.

Sissle served in the U.S. Army during World War I, at which time he worked with the band of James Reese Europe, who was introducing jazz to American and French soldiers. After he returned to the states, in 1919, Europe was killed by a band member. Sissle was appointed by his mentor to take over the leadership of the group. In 1915, Sissle met pianist Eubie Blake. The two forged a fruitful partnership, with Sissle working on lyrics and Blake focusing on music, and wrote the song “It’s All Your Fault,” which became a big hit for Sophie Tucker. Sissle and Blake later composed songs for Shuffle Along, a satire starring Josephine Baker, Paul Robeson, and Gertrude Saunders that opened in 1921 as one of the earliest African-American musicals. The show featured classics like “In Honeysuckle Time,” “Love Will Find a Way” and the monumental hit, “I’m Just Wild About Harry.”

Shuffle Along ran for more than 500 shows and was a major financial success, with the production going on tour to sold-out venues across the country. Though Blake and Sissle had another hit show in 1924 with Chocolate Dandies, the two parted ways, as Sissle preferred to travel while Blake preferred to remain stateside. Sissle resumed working as a bandleader during the late ’20s in France and England and returned to the states in the early ’30s, breaking racial barriers and collaborating with the likes of actress/singer Lena Horne. He also helped to establish the Negro Actors Guild in the mid-1930s, becoming its president. Sissle continued helming theatrical productions with Dixie on Parade (1930) and Shuffle Along of 1933 (1933). Sissle also lead a later incarnation of Shuffle Along that played to more than a million servicemen in Europe during USO shows of the mid-1940s.

In 1950, Sissle was appointed the honorary mayor of Harlem and continued his band work into the 1960s. He eventually moved away from performing to focus on music publishing. Sissle died at 86 on December 17, 1975, in Tampa, Florida, where he had retired. Much of his life story and details on his famous partnership can be found in the book Reminiscing With Noble Sissle and Eubie Blake.