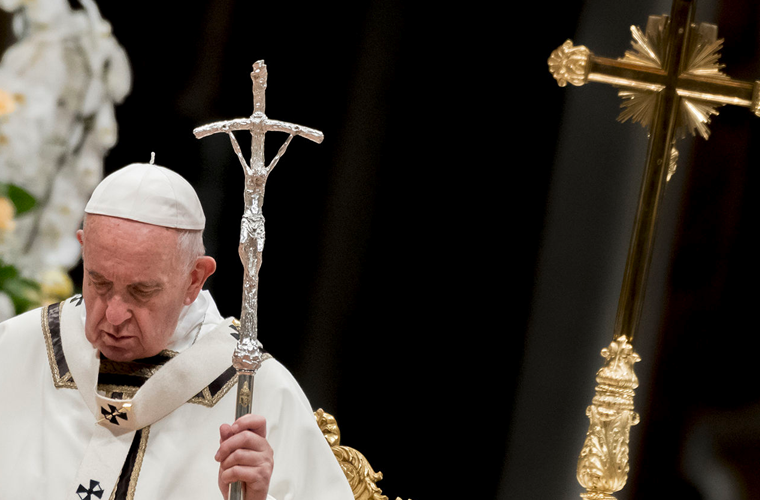 The Catholics of colonial Maryland became slaveholders as a means of asserting that even though they were shunned by the Protestant majority, they held the same political rights as any other English subjects. The English of the 17th and 18th centuries regarded the right to hold property, whether land or chattel, as a fundamental civil liberty.

Neither Catholic laypeople nor members of the clergy questioned this conviction. Indeed, the English Protestant conviction that the profession of the Catholic faith meant forfeiture of all political rights prompted Catholic colonists to assert these rights ever more firmly. Lay benefactors saw gifts of slaves to the Jesuits as supportive of the church’s freedom……

Similarly, during the early republic, Catholics celebrated the new Constitution for its guarantee of religious liberty while simply accepting its guarantee of slaveholding. Internal church politics mattered too. When the Jesuit order was suppressed in 1773, the plantation system of the order in Maryland was seen as a protection for their identity and solidarity. The universal church taught that slavery enjoyed the sanction of Scripture and natural law.

In an un-ecumenical era, the Protestant roots of abolitionism repelled many Catholics. Likewise, the other major source of abolitionism, the Enlightenment, was suspect to church authorities after the aggressive secularism of the French Revolution.  A combination of financial crisis and fear of Nativism led the Maryland Jesuits away from slaveholding; attempts to keep Catholic academies like Georgetown free of tuition failed because of continued mismanagement of the plantations.

The poverty of the slaves and their continued harsh treatment were exploited by anti-Catholic critics. Lacking the conviction that abolition was an alternative, the Jesuits’ solution to these problems was the mass sale of the slaves to a planter in Louisiana in 1838. Absolute Catholic condemnation of slaveholding emerged much later. This is a legacy that the Jesuits of the United States and the church as a whole still struggle to assimilate