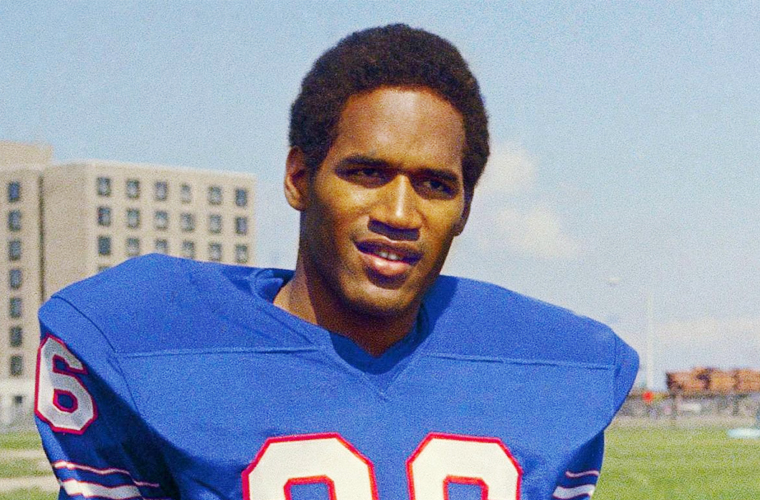 O.J. Simpson, in full Orenthal James Simpson, (born July 9, 1947, San Francisco, California, U.S.), American collegiate and professional gridiron football player who was a premier running back known for his speed and elusiveness. His trial on murder charges in 1995 was one of the most celebrated criminal trials in American history.

Simpson played football at Galileo High School in San Francisco, first as a tackle and then as a fullback. He attended San Francisco City College (1965–66) to achieve a scholastic record that allowed him to play at the University of Southern California (USC), where he set team records for yards gained by rushing: 1967, 1,415 yards; 1968, 1,709 yards. He was named All-American (1967–68), played in two Rose Bowl games, and won the Heisman Trophy as the best collegiate player of the season (1968). At USC he was also a member of a world-record-setting 440-yard relay team.

Simpson, who was often called “Juice” because of his energetic runs and because his initials could stand for “orange juice,” was the number one draft choice of the American Football League (AFL) Buffalo Bills in 1969. The following year the AFL merged with the National Football League (NFL). The Bills were members of the American Football Conference (AFC) of the NFL when Simpson set a single-season record for yards gained rushing (2,003) in 1973. The Bills were never a contending team during his stay, but he was a great box-office draw. Injuries to his knees prompted the Bills to trade him in 1978 to the San Francisco 49ers, but he retired after the 1979 season.

After retiring from football, Simpson became a film and television actor and sports commentator. On June 12, 1994, his ex-wife Nicole Brown Simpson and her friend Ronald Goldman were stabbed to death outside her home in Los Angeles. Simpson was arrested and charged with the two murders on June 17; he pleaded not guilty and hired a team of prominent lawyers to handle his defense. His lengthy nationally televised trial became the focus of unprecedented media scrutiny.

A jury acquitted Simpson of the murder charges on October 3, 1995. In a separate civil trial decision in 1997, he was found liable for the deaths of his ex-wife and Goldman and was ordered to pay $33.5 million in damages to the families. Simpson later collaborated (with Pablo F. Fenjves) on If I Did It, in which he hypothesized about how he would have committed the murders. Public outrage prevented its initial publication in 2006, but a bankruptcy court subsequently awarded the book’s rights to the Goldman family, who released the work in 2007.