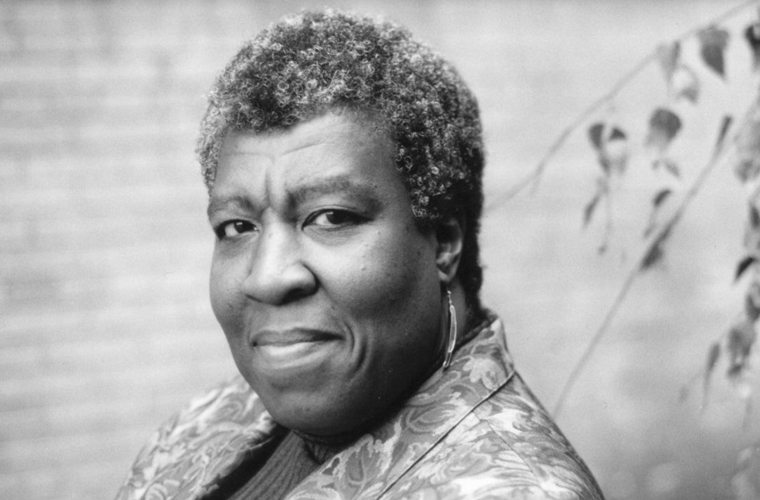 Octavia Estelle Butler (June 22, 1947- February 24, 2006) was an American science fiction writer, one of the very few African-American women in the field. She won both Hugo and Nebula awards. In 1995, she became the first science fiction writer to receive MacArthur Foundation “Genius” Grant.

Butler was born and raised in Pasadena, California. As her father Laurice, a shoe shiner, died when she was a baby, Butler was raised by her grandmother and her mother (also named Octavia) who worked as a maid in order to support the family. Butler grew up in a struggling, a racially mixed neighborhood. According to the Norton Anthology of African American Literature, Butler was “an introspective only child in a strict Baptist household” and “was drawn early to magazines such as Amazing, Fantasy and Science Fiction, and Galaxy and soon began reading all the science fiction classics”.

Octavia Jr., known as “Junie”, was thus considered shy and a “daydreamer” and was later diagnosed as being dyslexic. She began writing at the age of 10 “to escape loneliness and boredom”; she was 12 when she began a lifelong interest in science fiction. “I was writing my own little stories and when I was 12, I was watching a bad science fiction movie called Devil Girl from Mars”, she told the journal Black Scholar, “and decided that I could write a better story than that. And I turned off the TV and proceeded to try, and I’ve been writing science fiction ever since.”

After getting an associate degree from Pasadena City College in 1968, she next enrolled at California State University, Los Angeles. She eventually left CalState and took writing classes through UCLA extension.