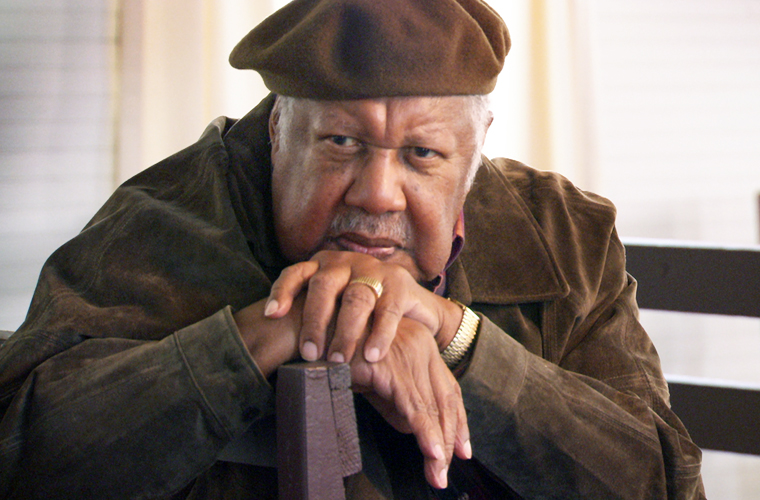 Ernest J. Gaines was born in 1933 on the River Lake plantation in Pointe Coupe Parish, Louisiana, the setting for most of his fiction; he was the fifth generation in his family to be born there. At the age of nine, he was picking cotton in the plantation fields; the black quarter’s school held classes only five or six months a year.

When he was fifteen, Gaines moved to California to join his parents, who had left Louisiana during World War II. There he attended San Francisco State University and later won a writing fellowship to Stanford University.

Gaines published his first short story in 1956. Since then he has written eight books of fiction, including Catherine Carmier, Of Love and Dust, Bloodline, The Autobiography of Miss Jane Pittman, A Long Day in November, In My Father’s House, and A Gathering of Old Men, most of which are available in Vintage paperback editions. A Lesson Before Dying, his most recent novel, won the 1993 National Book Critics Circle Award. He has also been awarded a MacArthur Foundation grant, for writings of “rare historical resonance.”

Ernest Gaines and his wife Dianne now live year-round in Oscar, Louisiana. They built a house on land that was part of the plantation where he grew up. We are now Writer-in-Residence Emeritus at the University of Louisiana at Lafayette.