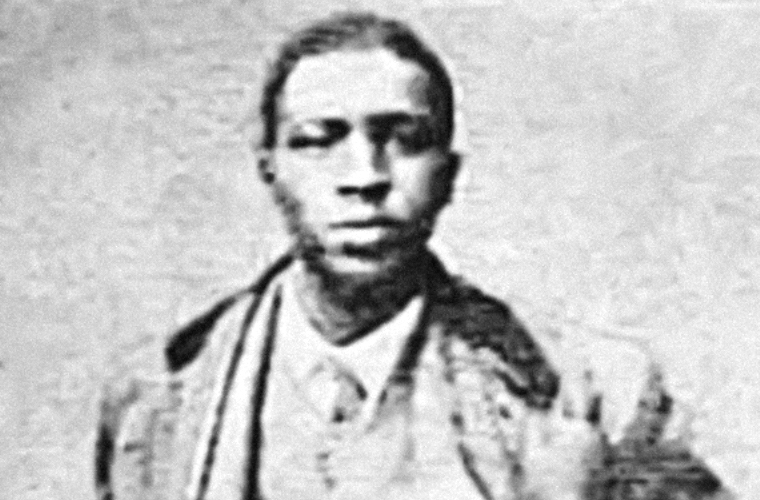 In 1875, Oliver Lewis became the first jockey to win the Kentucky Derby, America’s longest continuous sporting event. Lewis was born in 1856 in Fayette Country, Kentucky, to his parents Goodson and Eleanor Lewis. Lewis was born free, but there is little known about his parents or family.

Lewis was only 19 years old when he entered the first Kentucky Derby. The race was held at what was then the Louisville Jockey Club on May 17, 1875, but is now known as Churchill Downs. Ten thousand spectators watched this first race.  Lewis rode a horse named Aristide, which was one of two colts entered by their owner, H. Price McGrath of Jessamine, Kentucky. The other horse, Chesapeake, was ridden by William Henry. Although the same owner entered both horses, Chesapeake was favored to win the $2,850 purse, and Lewis was told that his job was to lead most of the race to tire out the other horses. Out of the fifteen jockeys in the field, at this first Kentucky Derby, thirteen of them were African American. Aristide’s trainer, Ansel Williamson, was also an African American.

Oliver Lewis followed his instructions and was pushing most of the field while trailing a horse named Volcano for most of the race. However, in the last stretch, Chesapeake was unexpectedly far back in the pack while Aristide and Volcano were running neck and neck for first place. Lewis and Aristide pulled away near the finish line and won the race by two lengths.  With that victory, Lewis became the first jockey to win the Kentucky Derby. Later that season, Lewis came in second in the Belmont Stakes in New York and won three more races at the Louisville Jockey Club, riding Aristide in all of them. He would never ride in the Kentucky Derby again, however, and would retire after that racing season for unknown reasons.

After retiring, Lewis worked for a short time as a day laborer, but then began providing handicapping tables and racing forms to bookies.  He later became a bookie himself which was legal in Kentucky at that time.

Lewis married although his wife’s name is unknown.  The couple had six children including James who inherited his lucrative bookmaking business. Oliver Lewis died in Lexington, Kentucky in 1924 at the age of 68.