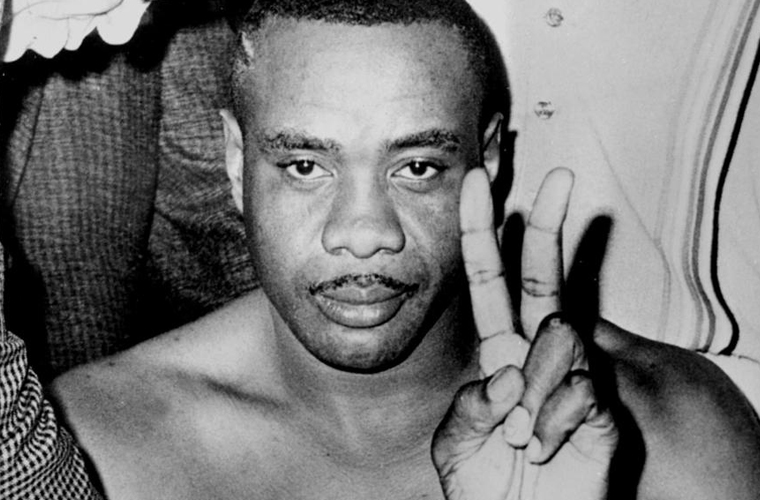 Sonny Liston, also called the Bear, (born May 8, 1932?, St. Francis County, Arkansas, U.S.—died December 30, 1970, Las Vegas, Nevada), American boxer who was world heavyweight boxing champion from September 25, 1962, when he knocked out Floyd Patterson in the first round in Chicago, until February 25, 1964, when he stopped fighting Cassius Clay (afterward Muhammad Ali) before the seventh round at Miami Beach, Florida.

Liston, the son of a tenant farmer, served two long terms in prison, where he is said to have learned to box. Although he gave his birth year as 1932, there is evidence that he might have begun his ring career as early as 1934, at the age of 17, under the name of Charles (“Sailor”) Liston. If that is true, he was 45 years old when he won the championship.

Liston was noted for his punching power and durability. From 1953 (his first recorded fight) through 1970 Liston, who stood 6 feet 1 inch (1.85 meters) tall and weighed 215 pounds (97.5 kg), had 54 bouts, winning 39 by knockouts and losing only 4. He defended his title successfully only once, scoring another first-round knockout over Patterson, but in his next bout, he complained of an injury after six rounds and refused to continue fighting against Clay. In a rematch with Clay on May 25, 1965, Liston was knocked out in the first round. On January 5, 1971, he was found dead at his home in Las Vegas, Nevada. His death certificate recorded his death date as December 30, 1970.