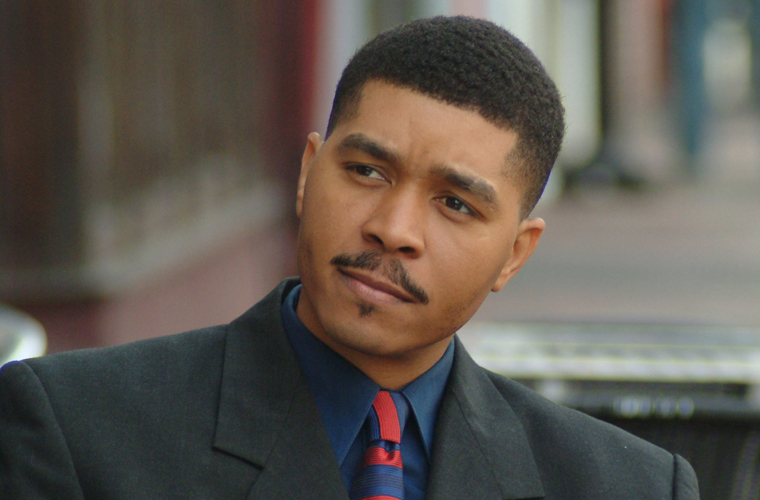 Omar Tyree is an author, publisher, lecturer, and performance poet who completed his undergraduate studies at Howard University in Washington, D.C., with honors in print journalism.  He was born and raised in Philadelphia, Pennsylvania, where he graduated from the city’s most prestigious Central High School in 1987.  He presently lives in New Castle Delaware with his fiance, Karintha Randall, and their son Ameer. After high school graduation, Tyree became one of thirty fortunate minority students to enroll at the University of Pittsburgh under a challenge grant scholarship program.  He was later awarded the sum of $3,400 toward his school tuition after being recognized by the Phi Eta Sigma Freshman Honor Society for academic excellence in math and science studies.

While attending the U. of Pitt. and studying to become a pharmacist, Tyree scored at the highest level of reading comprehension and discovered an uncanny ability to write.  He penned a journal, “The Diary of a Freshman,” which was published in the minority counseling news pamphlet.  He then became one of few freshmen allowed to enroll in a creative writing course during his first year of schooling after receiving an A grade mark in the highest level of freshman English.

In 1989, Tyree transferred to Howard University and began a new career interest in writing.  in his senior year in 1991, he became the first student in Howard University history to have a featured column, “Food For Thought,” published in The Hilltop, the school’s award-winning newspaper. Following the completion of undergraduate studies in December of 1991, he was hired as a reporter and an assistant editor at The Capital Spotlight weekly newspaper in Washington, D.C., where he also sold advertising.  He later served as the chief reporter for News Dimensions weekly newspaper while freelancing for the Washington View Magazine.

Tyree made his next move writing and publishing books.  After having first-hand experience with print shops and typesetting at newspaper plants, he organized MARS Productions, a sole-proprietorship, to publish his first novel, “Colored, On White Campus.”  The small-scale book was published in October of 1992, with financial help from friends and family, who offered him personal loans.  “Colored, On White Campus” sold well enough to produce funds to publish his second effort, “FLYY-GIRL,” in April of 1993.  By July of 1993, Omar Tyree was self-employed.