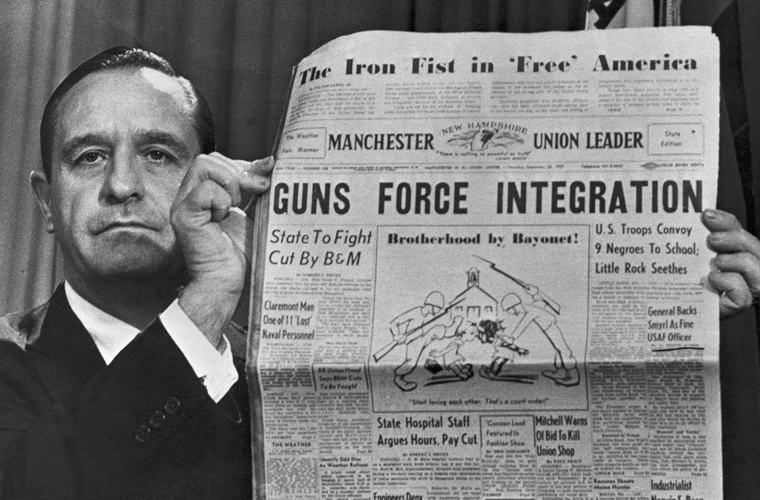 Faubus, the son of a poor farmer, was a southern populist who supported New Deal policies. After his election as governor, he appointed six African American men to the Democratic State Committee, a move that triggered a charge during his 1956 reelection campaign that he was liberal on issues concerning race. The following year—after the entire Arkansas legislature signed the Southern Manifesto, which attacked the U.S. Supreme Court’s decision in Brown v. Board of Education, which called for desegregation of public schools, as “naked judicial power”—Faubus determined that his political survival depended on stopping desegregation. In 1957 he defied a federal court order that called for the end of racial segregation in schools and ordered the Arkansas National Guard to “prevent violence” by blocking the access of nine black students to Little Rock Central High School. His action was countered by Pres. Dwight D. Eisenhower, who mobilized 1,200 U.S. Army paratroopers to usher the students into the school.

Faubus’s actions attracted national television attention and set the stage for the South’s resistance to integration. After leaving office in 1967, having served six terms, Faubus worked as a bank clerk and made three (1970, 1974, 1986) unsuccessful bids for the governorship. He defended his record in The Faubus Years (1991). 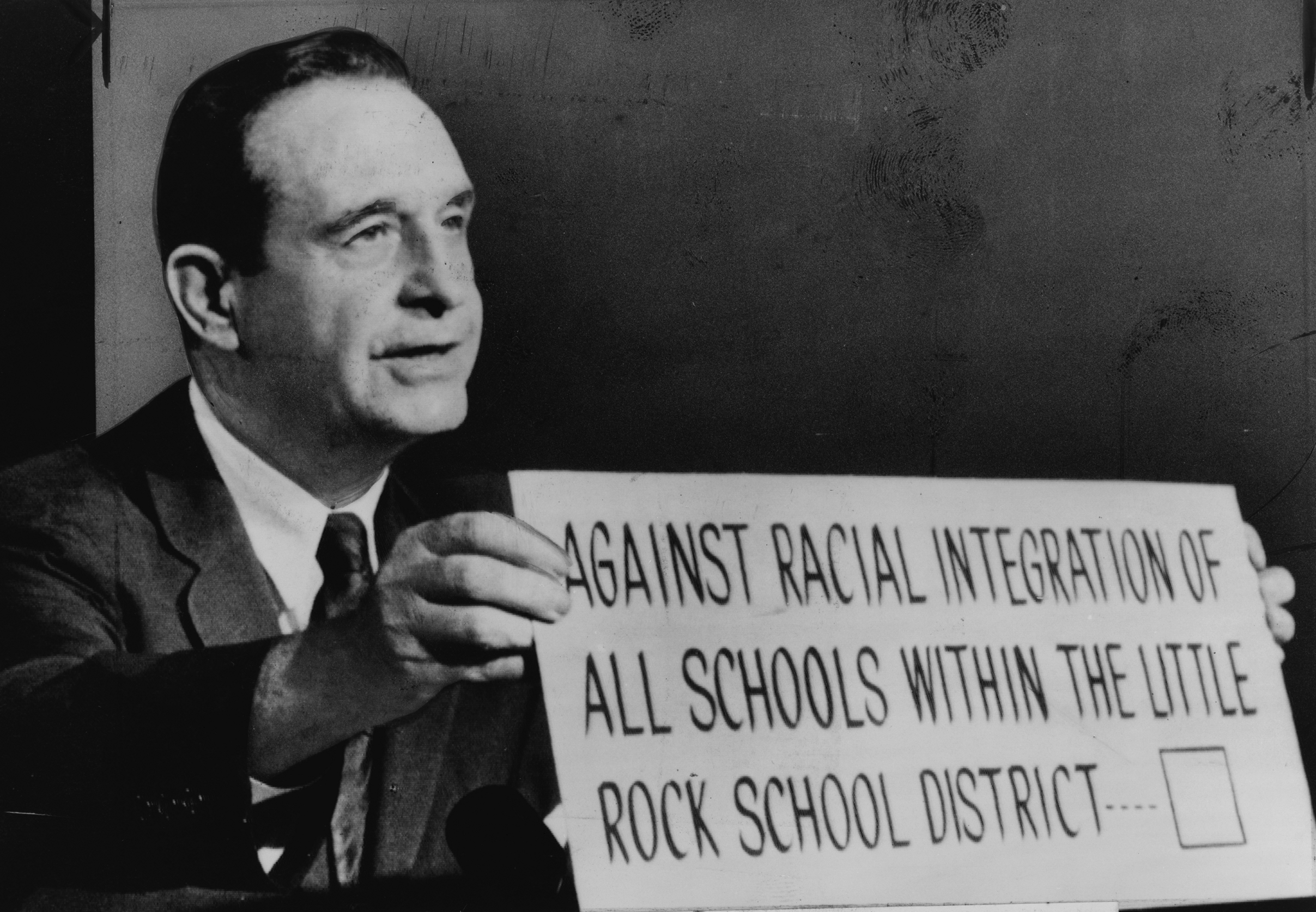