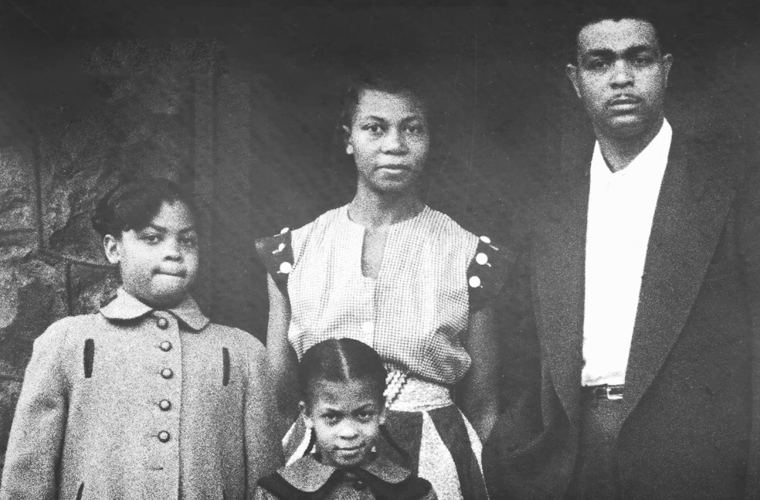 Brown v. Board of Education of Topeka was a landmark 1954 Supreme Court case in which the justices ruled unanimously that racial segregation of children in public schools was unconstitutional. Brown v. Board of Education was one of the cornerstones of the civil rights movement and helped establish the precedent that “separate-but-equal” education and other services were not, in fact, equal at all.

Separate But Equal Doctrine
In 1896, the Supreme Court ruled in Plessy v. Ferguson that racially segregated public facilities were legal, so long as the facilities for Black people and whites were equal. The ruling constitutionally sanctioned laws barring African Americans from sharing the same buses, schools, and other public facilities as whites—known as “Jim Crow” laws—and established the “separate but equal” doctrine that would stand for the next six decades.

But by the early 1950s, the National Association for the Advancement of Colored People (NAACP) was working hard to challenge segregation laws in public schools and had filed lawsuits on behalf of plaintiffs in states such as South Carolina, Virginia, and Delaware. In the case that would become most famous, a plaintiff named Oliver Brown filed a class-action suit against the Board of Education of Topeka, Kansas, in 1951, after his daughter, Linda Brown, was denied entrance to Topeka’s all-white elementary schools.

In his lawsuit, Brown claimed that schools for Black children were not equal to white schools and that segregation violated the so-called “equal protection clause” of the 14th Amendment, which holds that no state can “deny to any person within its jurisdiction the equal protection of the laws.” The case went before the U.S. District Court in Kansas, which agreed that public school segregation had a “detrimental effect upon the colored children” and contributed to “a sense of inferiority,” but still upheld the “separate but equal” doctrine.

Brown v. Board of Education Verdict
When Brown’s case and four other cases related to school segregation first came before the Supreme Court in 1952, the Court combined them into a single case under the name Brown v. Board of Education of Topeka. Thurgood Marshall, the head of the NAACP Legal Defense and Educational Fund, served as chief attorney for the plaintiffs. (Thirteen years later, President Lyndon B. Johnson would appoint Marshall as the first Black Supreme Court justice.)

At first, the justices were divided on how to rule on school segregation, with Chief Justice Fred M. Vinson holding the opinion that the Plessy verdict should stand. But in September 1953, before Brown v. Board of Education was to be heard, Vinson died, and President Dwight D. Eisenhower replaced him with Earl Warren, then governor of California. Displaying considerable political skill and determination, the new chief justice succeeded in engineering a unanimous verdict against school segregation the following year.

In the decision, issued on May 17, 1954, Warren wrote that “in the field of public education the doctrine of ‘separate but equal has no place,” as segregated schools are “inherently unequal.” As a result, the Court ruled that the plaintiffs were being “deprived of the equal protection of the laws guaranteed by the 14th Amendment.”

In its verdict, the Supreme Court did not specify how exactly schools should be integrated but asked for further arguments about it. In May 1955, the Court issued a second opinion in the case (known as Brown v. Board of Education II), which remanded future desegregation cases to lower federal courts and directed district courts and school boards to proceed with desegregation “with all deliberate speed.” Though well-intentioned, the Court’s actions effectively opened the door to local judicial and political evasion of desegregation. While Kansas and some other states acted in accordance with the verdict, many school and local officials in the South defied it.

In one major example, Governor Orval Faubus of Arkansas called out the state National Guard to prevent Black students from attending high school in Little Rock in 1957. After a tense standoff, President Eisenhower deployed federal troops, and nine students—known as the “Little Rock Nine”—were able to enter Central High School under armed guard.

Impact of Brown v. Board of Education
Though the Supreme Court’s decision in Brown v. Board didn’t achieve school desegregation on its own, the ruling (and the steadfast resistance to it across the South) fueled the nascent civil rights movement in the United States.

In 1955, a year after the Brown v. Board of Education decision, Rosa Parks refused to give up her seat on a Montgomery, Alabama bus. Her arrest sparked the Montgomery bus boycott and would lead to other boycotts, sit-ins, and demonstrations (many of them led by Martin Luther King Jr.), in a movement that would eventually lead to the toppling of Jim Crow laws across the South.

Passage of the Civil Rights Act of 1964, backed by enforcement by the Justice Department, began the process of desegregation in earnest. This landmark piece of civil rights legislation was followed by the Voting Rights Act of 1965 and the Fair Housing Act of 1968. In 1976, the Supreme Court issued another landmark decision in Runyon v. McCrary, ruling that even private, nonsectarian schools that denied admission to students on the basis of race violated federal civil rights laws.

By overturning the “separate but equal” doctrine, the Court’s decision in Brown v. Board of Education had set the legal precedent that would be used to overturn laws enforcing segregation in other public facilities. But despite its undoubted impact, the historic verdict fell short of achieving its primary mission of integrating the nation’s public schools.

Today, more than 60 years after Brown v. Board of Education, the debate continues over how to combat racial inequalities in the nation’s school system, largely based on residential patterns and differences in resources between schools in wealthier and economically disadvantaged districts across the country.