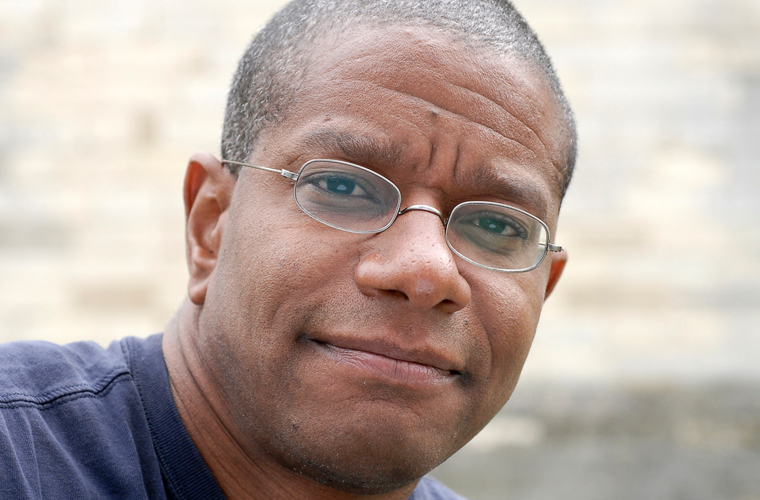 Paul Beatty is the author of the novels, Tuff, Slumberland and The White Boy Shuffle, and the poetry collections Big Bank Take Little Bank and Joker, Joker, Deuce. He was the editor of Hokum: An Anthology of African-American Humor. In 2016, he became the first American to win the Man Booker Prize for his novel The Sellout. In 2017, he was the winner the American Academy of Arts and Letters Literature Award. He lives in New York City.

A regular presence on the early slam poetry scene at the Nuyorican Poet’s Café, Beatty is the author of two volumes of poetry, Big Bank Take Little Bank (1991), selected by the Village Voice as one of the best books of 1991; and Joker, Joker, Deuce (1994). His first novel, FCPA-supported The White Boy Shuffle (2001), is a multicultural epic and coming-of-age story that satirically tackles issues of race, gender, and sexuality. His other two novels, Slumberland (2009) and Tuff (2011), similarly explore the African-American urban experience.

Beatty’s fourth novel, The Sellout (2015) was named the winner of the 2016 Man Booker Prize for Fiction.

Beatty is also the editor of Hokum: An Anthology of African-American Humor (2006). He received an M.A. in Psychology from Boston University and an M.F.A. in Creative Writing from Brooklyn College, where he studied with Allen Ginsberg.