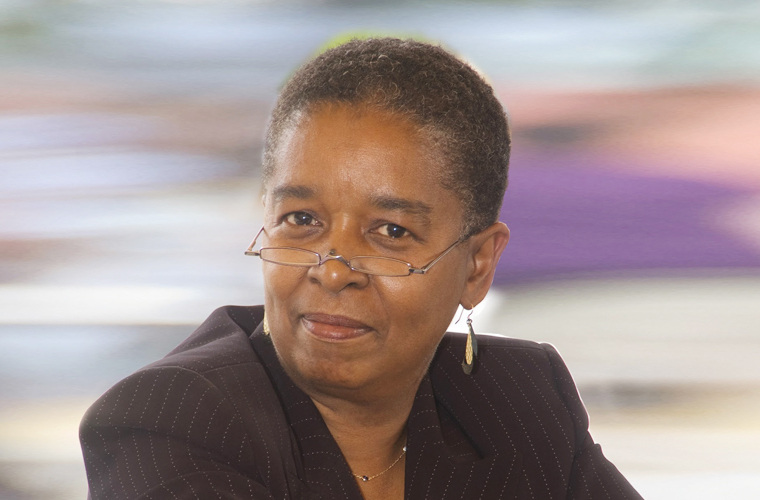 Jenkins’s roots as a storyteller began when she was growing up in Detroit. Her father was a high school teacher and her mother an administrative assistant, and both parents instilled a strong appreciation of learning in their seven children. “Education has always been very, very important,” noted Jenkins about her family. “It made me like an addict,” she added in People in reference to the bounty of books in her childhood home. “I had to have so much print every day. One summer, I’d read nothing but Zane Grey. Or Isaac Asimov. Every day.”

A bright student, Jenkins got her first taste of writing as editor of the school newspaper while a fourth-grader at Jones Elementary School in Detroit. She gives a lot of credit to her elementary school teachers for setting her on the right path toward her writing career. Her reading prowess and talent for speaking before a crowd resulted in frequent appearances as a narrator for school plays. Jenkins wore many hats in her school productions, often serving as announcer, choir member, and dancer. Her love of performing has continued through the years, and reading from her works to audiences of her fans is one of her greatest thrills today.

While Jenkins read many romance novels as a youth, her greatest love was westerns by authors such as Grey and Louis L’ Amour. This love was fueled by her grandfather, who loved the genre and was a big fan of “shoot-’ em-up” western movies. One of Jenkins’s great treats as a child was watching old John Wayne movies with her grandfather on weekends. From her mother, Jenkins gained an appreciation of history, especially of the black experience that textbooks in her school virtually ignored. She lamented the fact that few people knew anything about black history during the period between the end of slavery and the civil rights movements that began in the mid-twentieth century. “History books have a tendency to say we didn’t exist,” she told People. “It’s always black folks came to America, black folks were slaves, black folks were freed in 1865. Then we disappeared. History picks us up again rioting in Watts in 1965. But what happened for those 100 years?”

Jenkins took her interest in books to Michigan State University, where she majored in English literature. While a student there, she met her future husband, Mark Jenkins, who later became a fervent supporter of her quest to become a writer. Although she didn’t graduate from Michigan State, she remained there as a librarian in the graduate library for six years starting in 1974. She also helped start a theater company at the school. Jenkins’s writing during this time consisted mostly of poetry, and she and a friend often read their material at poetry shows in East Lansing.

With urging from her husband, Jenkins began writing her first romance novel in the 1980s. Her setting for her first book was an 1880s settlement in the Midwest where many blacks relocated after the Civil War. While containing the usual passion and sexual fireworks of romance fiction, Jenkins’s story also offered extensive historical passages that chronicled life on the plantation, the black migration to the North, and the hardships faced by blacks staking out a new life in a new territory. “I have a tendency to write the history first,” noted Jenkins in People. “So I have to give them large love scenes to reward the readers.”