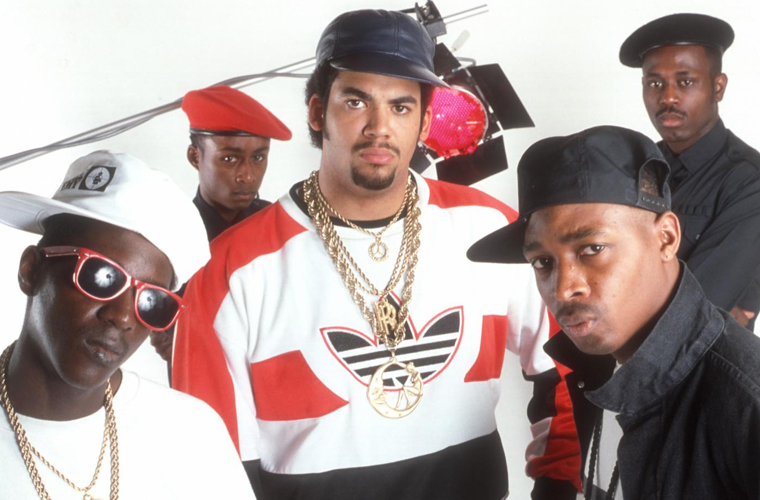 Public Enemy was formed in 1982 at Adelphi University on Long Island, New York, by a group of African Americans who came primarily from the suburbs. Chuck D, Hank Shocklee, Bill Stephney, and Flavor Flav collaborated on a program on college radio. Reputedly, Def Jam producer Rick Rubin was so taken with Chuck D’s booming voice that he begged him to record. Public Enemy resulted and brought radical black political ideology to pop music in an unprecedented fashion on albums with titles that read like party invitations for leftists and warning stickers for the right wing: Yo! Bum Rush the Show (1987), It Takes a Nation of Millions to Hold Us Back (1988), Fear of a Black Planet (1990), and Apocalypse 91: The Enemy Strikes Black (1991).

Acclaimed as Public Enemy’s masterpiece, Nation of Millions revived the messages of the Black Panther Party and Malcolm X. On tracks such as “Night of the Living Baseheads,” “Black Steel in the Hour of Chaos,” and “Don’t Believe the Hype,” the strident, eloquent lyrics of Chuck D combined with bombastic, dissonant, and poignantly detailed backing tracks created by Public Enemy’s production team, the Bomb Squad (Shocklee, his brother Keith, Chuck D, and Eric “Vietnam” Sadler), to produce songs challenging the status quo in both hip-hop and racial politics. The Bomb Squad sampled (composed with other recordings) a wide variety of genres and sounds, including classic funk tracks by James Brown, jazz, the thrash-metal of Anthrax, sirens, and agitprop speeches. Flavor Flav provided a comic foil for Chuck D.

Comments by Professor Griff to the Washington Times in 1989 brought charges of anti-Semitism, which ultimately resulted in his leaving the group. Public Enemy’s open admiration for the Nation of Islam leader Louis Farrakhan also brought it into conflict with Jewish organizations. While Public Enemy’s activism inspired other artists to take up topical themes, the group’s influence waned in the early 1990s as younger, more “ghettocentric” performers such as N.W.A. and Snoop Doggy Dogg came to the fore. The group seemed to have folded after Muse Sick N Hour Mess Age (1994), but in 1998 they produced a new album of songs for Spike Lee’s film He Got Game and went on tour.

Breaking ties with Def Jam, Public Enemy went on to release music on various independent record labels into the 21st century. Although the recordings failed to attract much attention, such albums as Most of My Heroes Still Don’t Appear on No Stamp (2012), The Evil Empire of Everything (2012), and Man Plans God Laughs (2015) earned positive reviews. In 2013 the group was inducted into the Rock and Roll Hall of Fame.