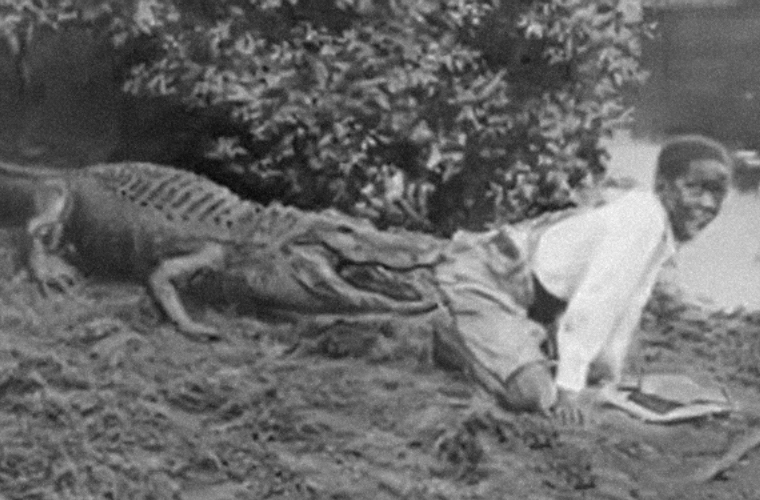 A man named Johnny Lee Gaddy recently shared with peonage researcher, Dr. Antoinette Harrell, that in 1957 he witnessed African American children being literally fed to the hogs that were on the campus of the infamous Arthur G. Dozier Reform School in the Florida Panhandle.

In addition, a 1923 article in Times Magazine reported from Chipley, Florida that Black babies were being used as alligator bait. Pictures, postcards, and other trinkets were sold to commemorate this evil, dark practice. 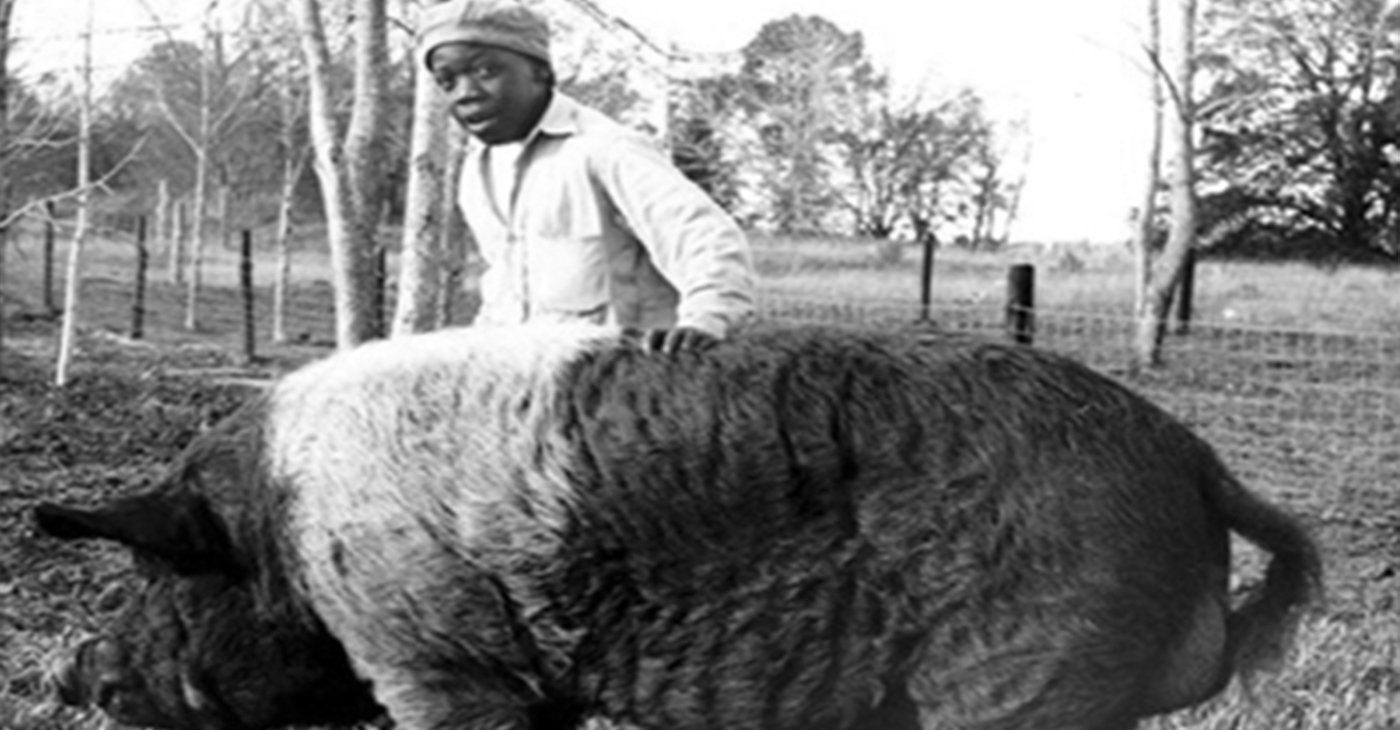 New Orleans, LA — August 2019 will mark 400 years of the first documented arrival of Africans brought to America as indentured servants. Children suffered and continue to suffer cruelties such as sex slaves, forced child labor, physical abuse, and in some cases, human cannibalism in the United States. These cruelties are a big part of human trafficking where body organs and other body parts are sold to wealthy people. These atrocities, abuse, and modern-day slavery will plague America like incurable cancer until we address this ugly past.

When Dr. Antoinette Harrell thought that she had heard the worst of the worst, there was even more to discover. Harrell heard four stories that were so evil that most people didn’t want to talk about what they experienced or repeat the painful experiences told to them by their family members. No one wants to visit things that hurt them. Having these hurtful injustices resurface can take them back to that time, place, and period in their lives that they do not want to remember.

Many unfortunate events happened to children during Slavery, Reconstruction, and Jim Crow that continue to this very day. The story that Johnny Lee Gaddy shared with peonage researcher, Dr. Antoinette Harrell, will upset your stomach. Johnny witnessed a child’s hand in the hog pen at the infamous Arthur G. Dozier Reform School in the Florida Panhandle. Gaddy told Harrell during a radio interview that he saw the severed hand of a child in the fire pit while taking the trash to be burned. Gaddy knew it was the body part of one of the boys. After discussing what he saw with one of the boys, he was told never to tell anyone what he saw if he wanted to stay alive. Gaddy alleges they were cooking the boys and feeding them to the hogs.

Gaddy told Harrell that he worked as a slave cutting lumber, raising livestock, and farming the land. He worked in the swamp with large alligators and snakes. Boys younger than Gaddy also had to work hard at Dozier. Gaddy said his life was a living hell at the state-operated school. The reform school was in operation from January 1, 1900, to June 30, 2011, by the state of Florida in the panhandle town of Marianna.

This was not a surprise to Harrell. She had previously met a family who was held in the system of peonage in Gillsburg, Mississippi in the 1960s. Cain Wall, Sr., who was 107 years old at the time, told Harrell his family’s story. He recalled a time when a man rode a horse throughout the area and picked up black babies, cut them up, and use them for fish bait. Wall said, “I saw the blood dripping from his sack on the side of his horse. Everybody would grab their children when they heard that he was coming. He was a mean and evil man,” said Walls.

Some people in the South claim white men used black babies as alligator bait in the swamps of Louisiana and Florida. They used the babies to lure large alligators with human flesh and blood during the era of slavery. They kidnapped the babies, skin them alive, and drop them into the swamp waters. In 1923, a publication in Times Magazine reported from Chipley, Florida that black babies were being used as alligator bait. On June 3, 1908, the Washington Times reported that a zookeeper at the New York Zoological Garden baited alligators with pickaninnies. Pictures, postcards, and other trinkets were sold to commemorate this evil, dark practice.

Deangelo and Kirk Manuel, intern researchers with Harrell, recently traveled to Shubuta, Mississippi to investigate six lynchings. The Manuels read how the four young black people were lynched at the Hanging Bridge in 1918. Those lynched were brothers, Major, 20, and Andrew Clark, 16, and sisters; Alma, 16, and Maggie Howze, 20. Maggie was six months pregnant and Alma was due in two weeks. Both of the young women were pregnant by the dentist who employed them. Major signed up for the draft in WWI on September 9, 1918, and was lynched in December of 1918. Ernest Greene and Charles Lang were lynched in 1942 in the same town in Mississippi. “There life was cut short, it’s no telling what the future held for those two young boys. We will never know the effects they could have had on this world,” said Deangelo.

It was alleged that Andrew and Major murdered Dr. Everette Lavega Johnston, a married white dentist where the four young people worked. Major and Andrew were working on the farm to pay a debt for their father, Eddie Clark, Sr. Major and Andrew were two of eight children born to Eddie and Charity Clarke. All four were brutally tortured. Maggie was smashed in the face with a wrench and they all were thrown from the bridge. When the victims were buried the next day, some people reported that the unborn baby could be seen moving in Alma’s womb.

Harrell and her interns are also investigating a case concerning missing boys in Smith and Simpson County in Mississippi in 1900. Near what was known at Sullivan’s Hollow, lived a man by the name of W.T. Ware, along with his sons and son-in-law, Turner. It was reported that the Wares had been stealing little black boys and selling them to the Mississippi Delta. One of the Wares was a doctor and was responsible for disposing of the boys in the Delta. The Wares were arrested and tried for kidnapping and hiding a boy at the home of Turner in Simpson County until they could transport him to the Delta. A report was filed with the Attorney General in 1900.

Another report filed in Montgomery, Alabama, started a young black boy named Young Trammell was taken from the Alabama line and carried into Georgia where he was forced to work off a debt. The boy’s father informed the reporter that he could not get his son back until he paid the amount that Benford claimed was owed plus the alleged costs of the court proceedings.

Many have never heard these stories because they are not taught in schools. Montreal Harrell, educator and Grambling State University alumna, knows the reality of this truth. “A limited amount of information is presented to students in the public school system about what actually happened during slavery and the Civil Rights Era. The same information on black history is given to the students year after year. Although the Historically Black Colleges and Universities excel in black history education, there need to be more courses offered that teach students how to properly research their history,” Harrell said.

Johnny Lee Gaddy is one of many stories that needs continued research. Johnny Lee Gaddy was taken from his mother in Clearwater, Florida in 1957 and driven to the Arthur G. Dozier Reform School in Marianna, Florida without due process from the courts or legal representation. He served his time and was eventually released to his mother. Harrell’s team consists of photographers, videographers, and screenwriters, who are dedicated to assisting Harrell with bringing these stories to the forefront.