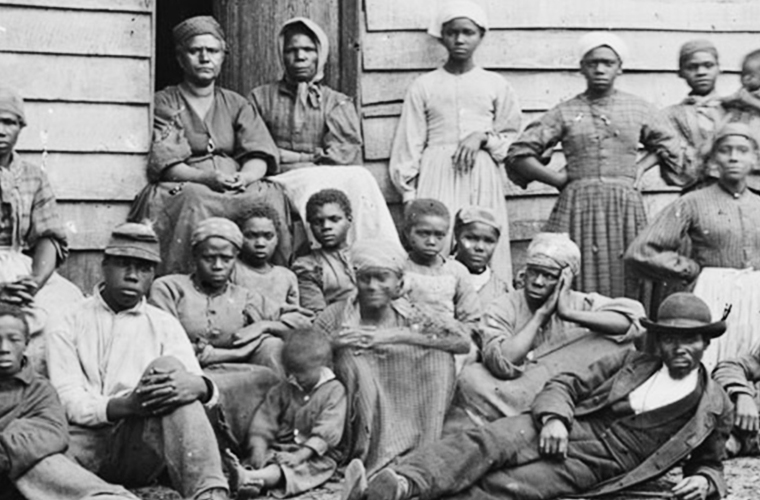 1. Myth #1: There were Irish slaves in the American colonies.

As historian and public librarian Liam Hogan has written: “There is unanimous agreement, based on overwhelming evidence, that the Irish were never subjected to perpetual, hereditary slavery in the colonies, based on notions of ‘race’.” The enduring myth of Irish slavery, which most often surfaces today in service of Irish nationalist and white supremacist causes, has roots in the 17th and 18th centuries, when Irish laborers were derogatorily called “white slaves.” The phrase would later be employed as propaganda by the slave-owning South about the industrialized North, along with (false) claims that life was far harder for immigrant factory workers than for slaves.

What’s the truth? Large numbers of indentured servants did indeed emigrate from Ireland to the British colonies of North America, where they provided a cheap labor force for planters and merchants eager to exploit it. Though most crossed the Atlantic willingly, some Irish men and women—including criminals as well as simply the poor and vulnerable—were sentenced to indentured servitude in Ireland, and forcibly shipped to the colonies to carry out their sentences. But indentured servitude, by definition, came nowhere close to chattel slavery. For one thing, it was temporary; all but the most serious felons were freed at the end of their contracts. The colonial system also offered more lenient punishment for disobedient servants than slaves, and allowed servants to petition for early release if their masters mistreated them. Most importantly, servitude wasn’t hereditary. Children of indentured servants were born free; slaves’ children were the property of their owners.

2. Myth #2: The South seceded from the Union over the issue of states’ rights, not slavery.

This myth, that the Civil War wasn’t fundamentally a conflict over slavery, would have been a surprise to the original founders of the Confederacy. In the official declaration of the causes of their secession in December 1860, South Carolina’s delegates cited “an increasing hostility on the part of the non-slaveholding States to the institution of slavery.” According to them, the Northern interference with the return of fugitive slaves was violating their constitutional obligations; they also complained that some states in New England tolerated abolitionist societies and allowed black men to vote.

As James W. Loewen, author of “Lies My Teacher Told Me” and “The Confederate and Neo-Confederate Reader,” wrote in the Washington Post: “In fact, Confederates opposed states’ rights—that is, the right of Northern states not to support slavery.” The idea that the war was somehow not about slavery but about the issue of states’ rights was perpetuated by later generations anxious to redefine their ancestors’ sacrifices as a noble protection of the Southern way of life. At the time, however, Southerners had no problem claiming the protection of slavery as the cause of their break with the Union.

3. Myth #3: Only a small percentage of Southerners owned slaves.

Closely related to Myth #2, the idea that the vast majority of Confederate soldiers were men of modest means rather than large plantation owners is usually used to reinforce the contention that the South wouldn’t have gone to war to protect slavery. The 1860 census shows that in the states that would soon secede from the Union, an average of more than 32 percent of white families owned slaves. Some states had far more slave owners (46 percent in South Carolina, 49 percent in Mississippi) while some had far less (20 percent in Arkansas).

But as Jamelle Bouie and Rebecca Onion point out in Slate, the percentages don’t fully express the extent to which the antebellum South was a slave society, built on a foundation of slavery. Many of those white families who couldn’t afford slaves aspired to, as a symbol of wealth and prosperity. In addition, the essential ideology of white supremacy that served as a rationale for slavery, made it extremely difficult—and terrifying—for white Southerners to imagine life alongside a black majority population that was not in bondage. In this way, many non-slave-owning Confederates went to war to protect not only slavery, but to preserve the foundation of the only way of life they knew.

The slaves themselves helped make the case for emancipation as a military aim, fleeing in droves beyond the lines of approaching Union armies. Early in the conflict, some of Lincoln’s generals helped the president understand that sending these men and women back to bondage could only help the Confederate cause. By the fall of 1862, Lincoln had become convinced that acting to end slavery was a necessary step. A month after his letter to Greeley, Lincoln announced the Emancipation Proclamation, which would take effect in January 1863. More a practical wartime measure than a true liberation, it proclaimed free all slaves in the rebel states, but not those in the border slavery states, which Lincoln needed to remain loyal to the Union.

This argument, a staple among those seeking to redefine the conflict as an abstract battle over states’ rights rather than a fight to preserve slavery, does not hold up. White officers in the Confederacy did indeed bring slaves to the front during the Civil War, where they cooked, cleaned and performed other labors for the officers and their regiments. But there’s no evidence to suggest that significant numbers of black soldiers fought under the Confederate banner against Union soldiers.

In fact, until March 1865, Confederate Army policy specifically prohibited blacks from serving as soldiers. Some Confederate officers wanted to enlist slaves earlier: Gen. Patrick Cleburne proposed enlisting African-American soldiers early in 1864, but Jefferson Davis rejected the suggestion and ordered it never to be discussed again. Finally, in the last weeks of the conflict, the Confederate government gave in to Gen. Robert E. Lee’s desperate plea for more men, allowing slaves to enlist in exchange for some kind of post-war freedom. A small number signed up for training, but there’s no evidence they saw action before the war’s end.