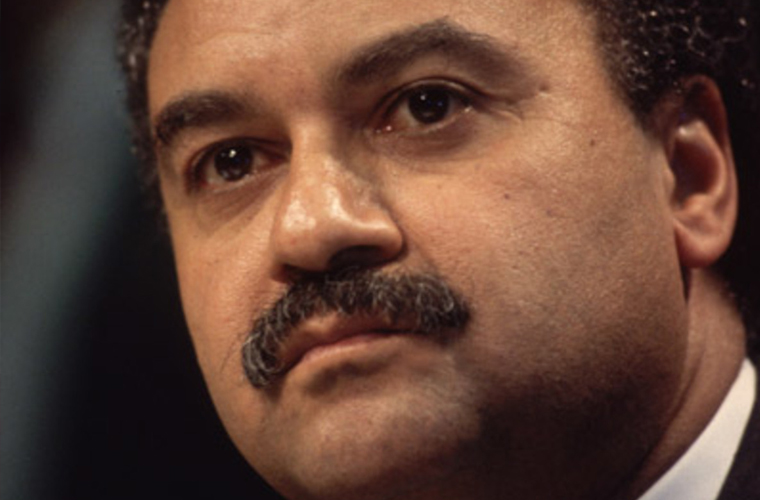 Brown’s father managed the Hotel Theresa in Harlem, which was frequented by celebrities, politicians, and the black social elite. His parents were successful and well-educated, and he was sent to exclusive primary and preparatory schools in New York City before enrolling at Middlebury College in Vermont (B.A., 1962). Brown was a member of the Reserve Officers’ Training Corps (ROTC); after graduating, he spent four years abroad at various army postings before returning to the United States. He worked for the National Urban League as a caseworker and attended St. John’s University School of Law at night, earning a J.D. in 1970.

Brown moved to Washington, D.C., to work for the Urban League and became active in the Democratic Party. In 1979 he joined the presidential campaign of Senator Edward Kennedy. Though the campaign was unsuccessful, Brown proved adept at political work and in 1982 became deputy chairman of the Democratic National Committee (DNC). Brown had been made the first black partner in the influential and politically connected law firm of Patton, Boggs & Blow, where he represented many high-profile clients, including Jean-Claude Duvalier of Haiti, and learned the business of corporate lobbying.

While serving as chief strategist for the presidential campaign of Jesse Jackson in 1988, Brown took on the job of managing the Democratic National Convention. He then won the position of chairman of the DNC, downplaying racial overtones and demonstrating his considerable fund-raising and strategic skills. After the election of President Bill Clinton in 1992, Brown was named the secretary of commerce, successfully promoting U.S. business interests worldwide. On April 3, 1996, the plane carrying Brown and a delegation of U.S. business leaders crashed in Croatia, killing all aboard.